Stanley Kubrick’s 1980 adaptation of The Shining is a genuine masterpiece, in my opinion. In the opinion of Stephen King, however, the film was an abomination. He swore it off after release, wanting nothing to do with it. I can understand why: Kubrick was not interested in making a straight-adaption of one of King’s most iconic horror stories. He’s far too creatively-inventive to do something as easy as that.

Instead, Kubrick took the setting and basic plot idea and told his own version of a horror story, one whose tone, style, and manner of delivery has never been replicated. In fact, the movie has a feel so unique and so decidedly Kubrickian, one simply can’t recreate it without immediately being attacked as a wannabe.

The best you can do is parody it which, to be fair, has been known to bring out the best in some… 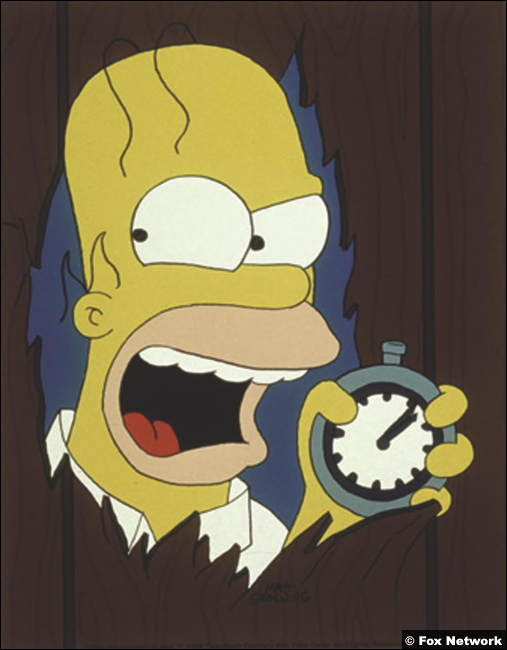 So how do you do a follow-up to such a movie? Stephen King eventually wrote a follow-up to The Shining, releasing Dr. Sleep in 2013, long after the 1980 movie had supplanted his original 1977 novel as the definitive version of the story. Instead of simply sending another family to the Overlook to retread the same ground, King branched out with his story, allowing the decades away to expand the lore that was only lightly touched on in the original.

Now the novel has a film-adaptation of its own and it has to live up, not only to the story it’s based on, but the original novel it came from, and most importantly, the movie that many regard among the greatest of its genre. That’s a lot to live up to…Does it? 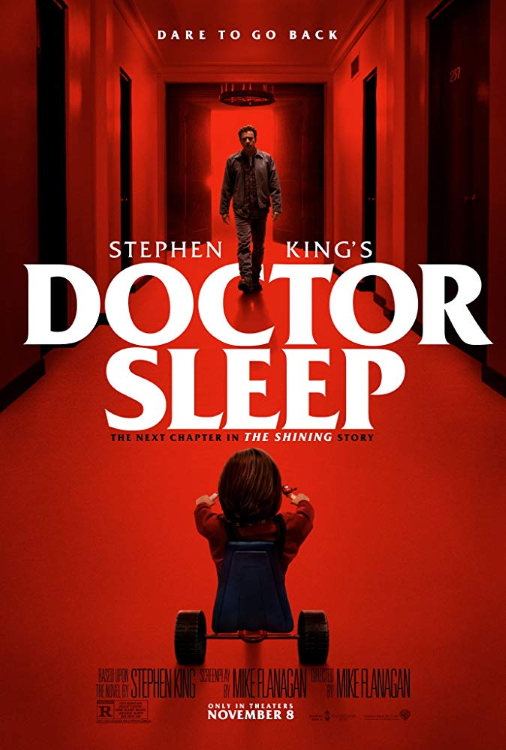 I think what I loved most about the movie was that it felt like a real story was being told. I didn’t feel like I was watching “a half dozen horror tropes held together by the loose-stitching of a bare-bones plot.” In other words, it didn’t feel like a typical modern-era horror movie.

I suppose it being a book adaptation (with several liberties taken, though it follows things a bit more closely to the source material than the 1980 movie did to its) is the reason why it doesn’t have the same feel of most horror movies these days. Dr. Sleep doesn’t follow the same conventions, go for the same scares, follow the same rhythm, etc.

Unlike most modern horror movies, where the plot is often built around either a central gimmick or written around a few key set pieces/moments that the producer or director came up with in pre-production, Dr. Sleep has a strong narrative. Again, that’s probably due to King, but it was nice to be able to follow a character from point-A to point-B, watch him go through a character arc, and reach a satisfying conclusion in the end. 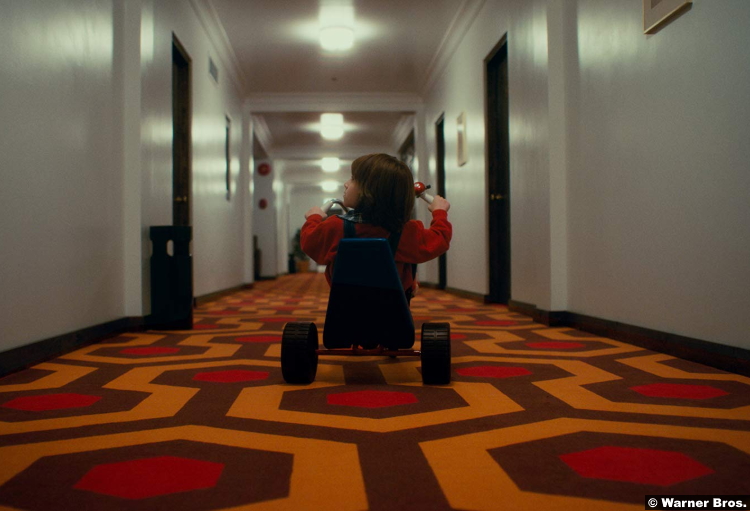 Was it particularly scary? Not until act three, and even then I don’t recall ever being truly frightened. That being said, I had a genuine, nagging sense of foreboding when they finally entered the Overlook Hotel. That’s not a spoiler since the trailers give that much away. Just being back in the Overlook was a surreal experience as a film-watcher. I think it was one of the rare occasions where knowing what was coming (to an extent) added to the tension and horror instead of detracted from it. For example, if I had never seen The Shining and you sat me down to watch it but first told me “Jack goes nuts and takes an ax to everyone; there’s a creepy rotting woman in Room 237, an elevator of blood, etc” I would have found those moments falling a bit flat after knowing they were coming.

Now, having seen those scary moments, having spent nearly forty years with them in the Overlook and all its particular horrors, it made the Hotel itself function as a character in the story. The way the story presents it is the perfect way to do it: Use the audience’s love/fear of the Hotel as a plot device; that takes away the chance of it feeling derivative when we finally go back there. 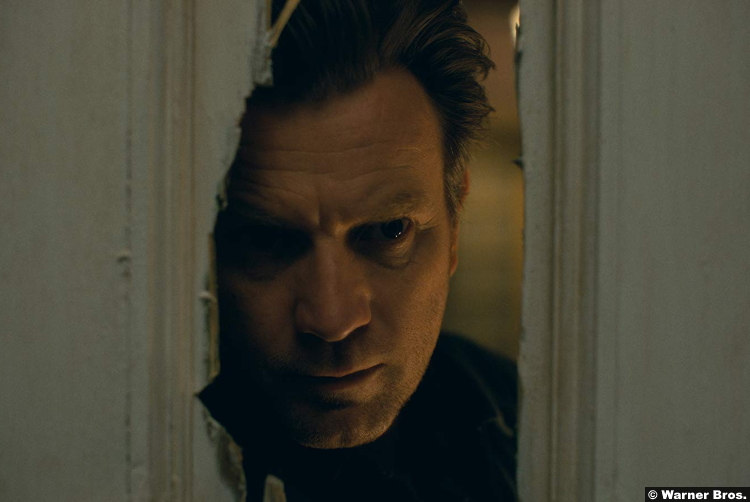 I also appreciate how they recast instead of digitally recreated Shelly Duval and Shining-era Jack. The slight difference, but eerie similarities in the new versions of the characters worked here since they were essentially memories conjured up by the hotel. We saw them the way Danny remembered them as a 5-year-old and not the way we remembered them as a viewer. Digitally remaking those actors would only have been a distraction.

Another thing I loved was how unexpected the movie was. There are plot developments (not twists, but merely scenes that advance the plot) that completely surprised me, both in their function in the story and in the way they were shot. As for the plot itself, I appreciate how the movie didn’t really continue the story of The Shining in a direct way but instead just told a new story with one central character from the previous, and went in a new direction, introduced new concepts, and played with those old toys in a new world. That’s a great way to do a sequel, especially one as ingrained in our culture as The Shining. 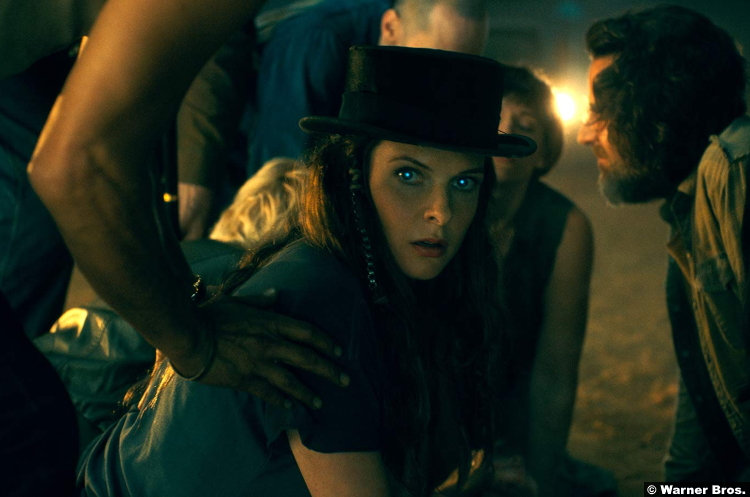 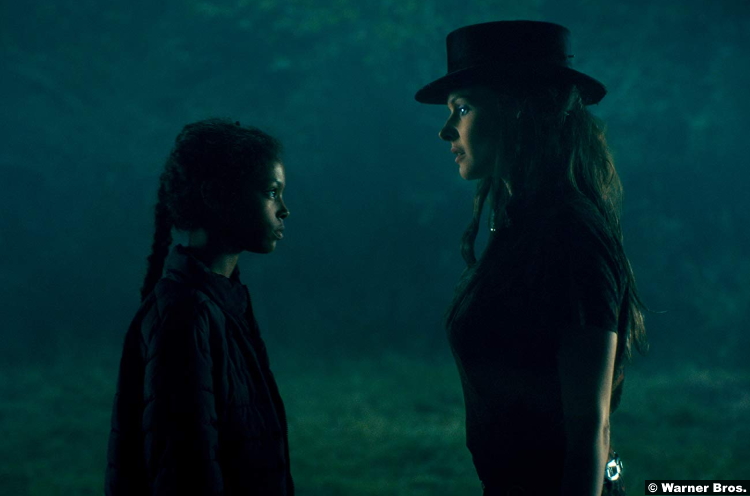 Because the movie spent so much time treading new ground, when the payoff came and they finally stepped into the Overlook Hotel, that moment felt earned, whereas in a lesser movie the Hotel would have been the setting from the start of act two through to the end, cheapening the effect with a “haunted house” retread that never could have lived up to Kubrick’s idiosyncratic masterpiece.

I don’t know if there will be a third movie set in this universe. The movie ends with things very much open-ended enough to tell another tale about people who shine. There’s a set-up for more to come but only if King has more ideas in mind. If he writes them with as much liberty and creativity as was on display in this movie, I say bring it on.

9/10 – Dr. Sleep is one of the best horror movies of the year, and a worthy follow-up to a horror classic.