Four years ago Nintendo released the definitive Wii U game. By that I don’t mean the game with the best graphics, or the best multiplayer, or the best storyline; I mean the game that best defines what the Wii U was and what it could do. A few other games managed to make the Wii U’s Gamepad feel like an essential part of your gaming experience—ZombiU and Star Fox for two examples—but they were hindered either by being too limiting overall (ZombiU) or just being mediocre games (Star Fox). Too many times the Gamepad was a hindrance not a help and on the best of occasions, it was simply an invisible product that neither added nor took away from the game you were playing.

But then along came Super Mario Maker.

A part of me wants to believe the game was in response to the growing frustration amongst older Nintendo fans, who grew up playing Super Mario Bros 1-3 on the NES and Super Mario World on the SNES. Those fans (myself among them) never really went crazy for the “NEW” Super Mario Bros games on the DS, Wii, 3DS and Wii U. They felt stale, safe, and lacking the random sparks of imagination that defined the first 2D games in the series. In response, Nintendo said “fine, you do it yourselves!” Then they gave us a Gamepad and set us to building.

In response we the vocal complainers made some of the crappiest 2D Mario levels you’ll ever play.

Don’t get me wrong, there were a few cleverly designed levels but for the most part it was rubbish, troll-levels and rubbish. The game couldn’t be blamed, however. It gave us many of the tools needed to create any kind of 2D Mario experience we could imagine. I say “many” because there were some features unavailable. From my 2015 review, I said this…

Once you unlock all of the features, you’ll immediately—like Dudley Dursley on his birthday—start fretting over what wasn’t included. Without sounding too ungrateful, here’s a list of things I hope to see, either in the obviously inevitable sequel, or in a potential DLC release…

Checkpoints: These are desperately needed for some of the long, multi-layered levels out there, including some of my own.

A few missing enemies: Forget what I said before. Turns out there are several baddies that were left out: Chargin’ Chuck, Spike, Koopalings, BoomBoom, the Ferris Wheel Rhinos, angry sun from Mario 3, pokey. There’s a lot left out, probably because they were game-specific and an equivalent would have to be designed to work in the other graphic-styles. But they did it with Baby Bowser…

Dedicated boss fights: It’s possible to create your own within a level, but it’s usually wonky and never turns out as good as the real thing.

Slopes and hills: Mario 3 especially needs these, to give the environments a little more personality. Right now everything is a little too “blocky.”

Vertical stages: Like with boss fights, you can fake this using warp pipes and doors, but it’s not the same as what you find in Mario 3’s World 7-1, or the end of the Sunken Ship in Mario World.

And now comes Super Mario Maker 2 for the Nintendo Switch. Does it rectify all the missing features from the Wii U game? 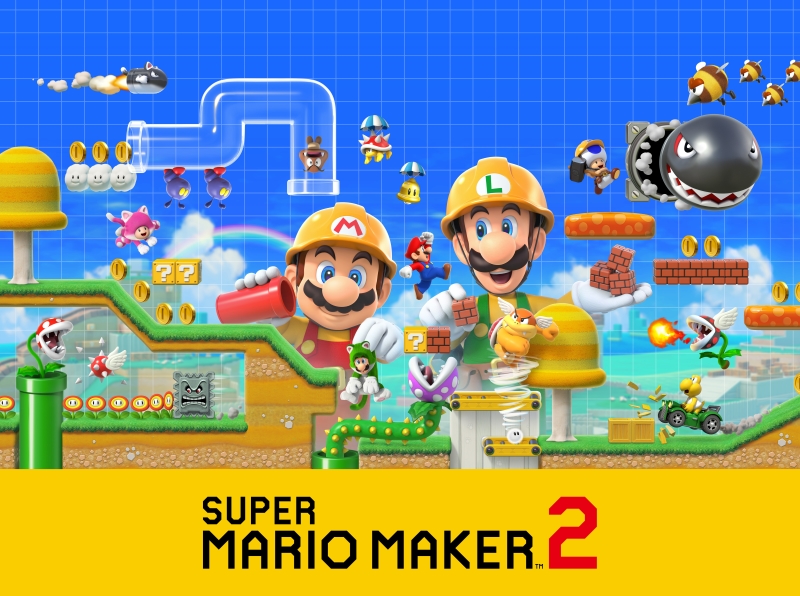 For the most part, yes.

There are still some things we don’t have, like world maps, but many of what we didn’t get last time are here in all their glory. Most notably are slopes, vertical stages, and environmental variety. Even with those missing features last time, I still gave the game a perfect 10/10. So that means the sequel should get a 10 as well, right?

The biggest problem with “playing the game” is that you’re almost forced to play in handheld mode. If you try to build a level on your TV, you’re going to have as good a time as you would playing Starcraft 64. This game was conceived in 2015 as an experience that needed the gamepad, and you can’t take that away in the sequel; it’s baked into the DNA. 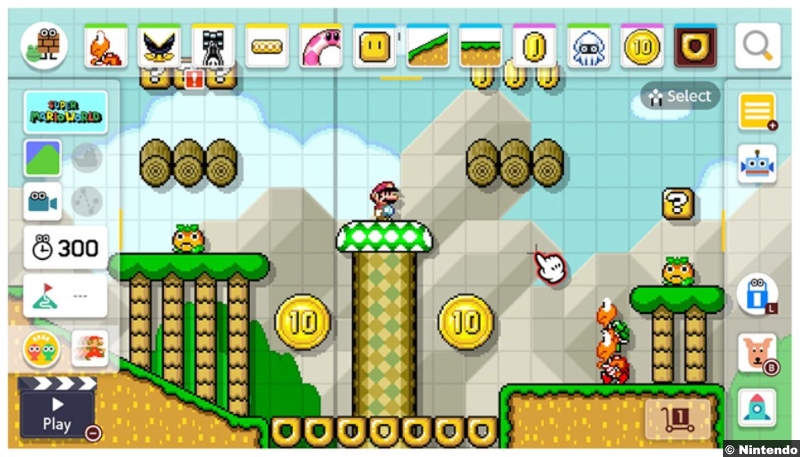 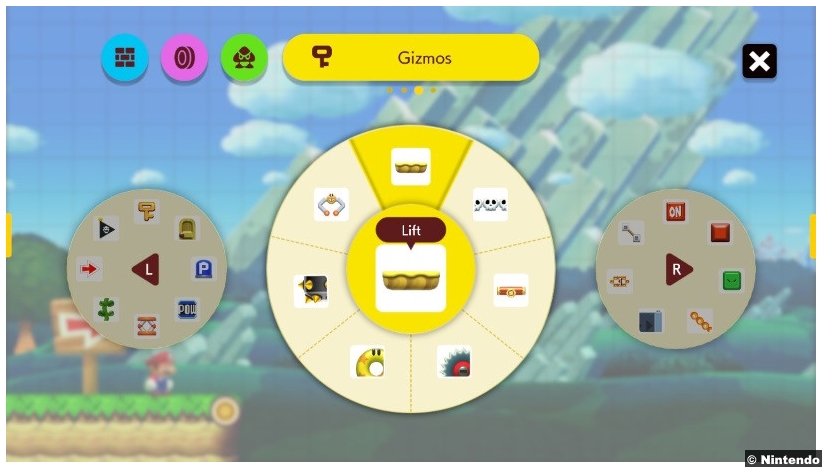 Even playing in handheld mode pales in comparison to the Wii U, due to the lack of a stylus. Everything is a little clunkier, a little less intuitive.  For a company that has always prided itself on having controls and controllers that seem to melt in your hands and worked without you having to focus on what button to push, it’s a  shame to play a game that requires so much extra thinking.

There are new highlights to note, including a “story mode” that lets you enjoy professionally designed levels, and the addition of a “3D World” theme that takes the Wii U 3D Mario game and gives it a 2D flair. The results of that are some of the freshest and most inventive 2D Mario mechanics in almost thirty years. I’d love for an official 2D game built around those elements.  Depicted here, they make for some clever levels. It’s just a shame that they’re so clunky to design. Online play is fun, and unlike with the first game, there’s no waiting period to unlock all the features needed to build whatever Mario level you can imagine. 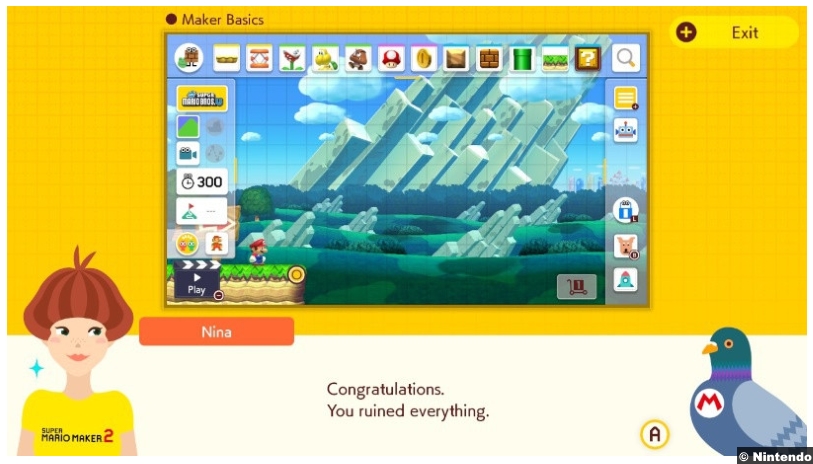 If only building it was as smooth as last time.

9/10 – Everything about the game works except for the way you interact with it. It’s not a “broken” game by any means, but it is a lesser experience than the original offered. Everything else is aces, and that’s what justifies the high score, but I can’t give it a ten in light of the hiccups in the controls.