The Tick: Season 1 Review – Part 1: A Celebratory deconstruction of the Superhero Genre

Ben Edlund is one of the most talented writers when it comes to deconstructing a genre. Meta narratives and pop culture savvy shows have been all the rage since Joss Whedon created Buffy and The X Files hired little-known writers like Vince Gilligan and Darin Morgan. Edlund proved a skilled writer with his Hugo award winning Angel episode “Smile Time~”, in which the vampire with a soul is turned into an adorable puppet. His time on Supernatural showed that he was equally adept at deconstructing the horror conventions that the show basked in, with episodes like the Universal Monsters influenced “Monster Movie”, as well as his crowning achievement, “The French Mistake”, in which Sam and Dean find themselves in a reality where their lives are actually a TV show.

So Edlund has proved himself in the horror genre, but his own personal White Whale is a project that deconstructs the superhero genre with the same eye for wit, and love of superhero stories and how ridiculous they can be. Enter The Tick, or more precisely, Edlund’s third try at this singular superhero narrative. Before Amazon helped revive the project, The Tick was already an animated kids series, which ran for three season in the mid-90s, and a prime-time sitcom that lasted nine episodes back in 2001, both of which having become cult classics. So why has Edlund taken a third chance on a show revolving around this character? 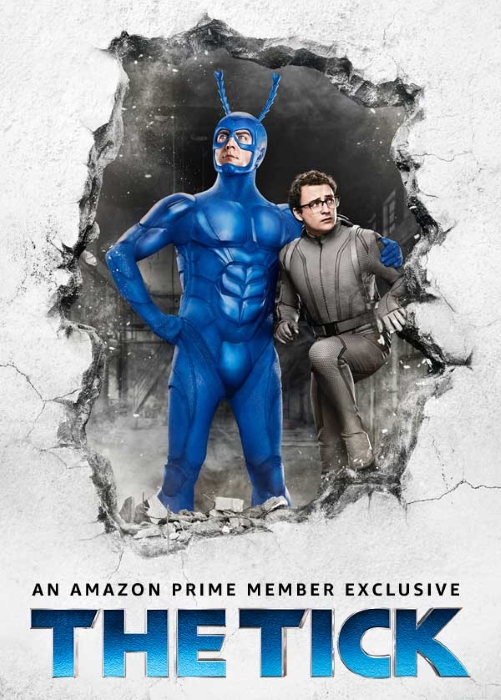 The answer is simple: pop culture has finally caught up with Edlund’s vision. The two previous versions of The Tick debuted in times before the current superhero craze began. The sitcom version debuted just as Tobey McGuire first suited up as Spiderman, and any thoughts of a gritty reboot of Batman could only be found in Christopher Nolan’s labyrinthian mind. This new version of The Tick has some much material to burn through from the superhero genre, to the point where a lot of the jokes in the new series write themselves.

This new version of The Tick follows Arthur Everest, played by Griffin Newman, a mentally ill, but typically mild-mannered young who has suffered some truly terrible luck in the age of the superhero. The Marvel Cinematic Universe, and the DC Extended Universe aren’t really concerned with showing how the actions of these super-powered beings have changed the world that they inhabit. Marvel has come the closest with some shred observations in Spiderman Homecoming, but even Civil War, which was about how the Avengers impact changed the world, we only got a sense of how the superheroes were affected. The Tick uses Arthur as that real-world, ground-level perspective. 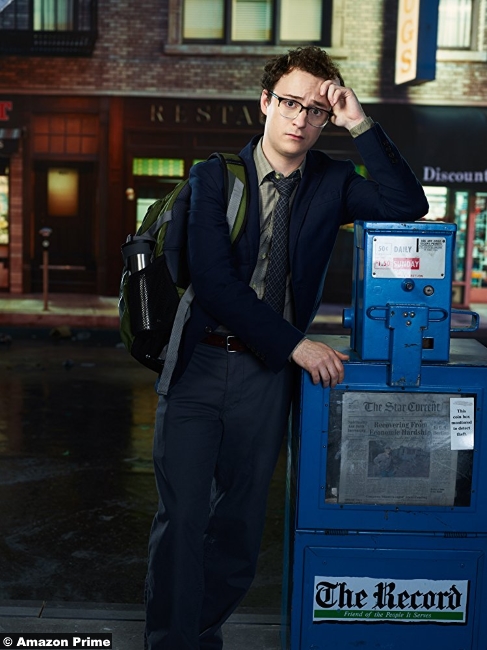 Due to the tragic death of his father, who was killed as the world’s superheroes fought, and seemed to defeat, the Terror (a fantastic Jackie Earle Haley), Arthur has become obsessed by the idea that the Terror, who has been presumed dead for nearly 20 years, is alive and controlling the criminal underworld once again. As his investigation begins to take over Arthur’s life, which causes his sister Dot (Valorie Curry) concern, he comes across The Tick, played by Peter Serafinowicz, a mysterious, and overly jolly, superhero. The Tick seems to know Arthur extremely well, going as far as to suggest that their friendship is part of Arthur’s heroic destiny. While the first episode suggests that The Tick is a product of Arthur’s illness, that proves not to be the case as more people begin to encounter The Tick. 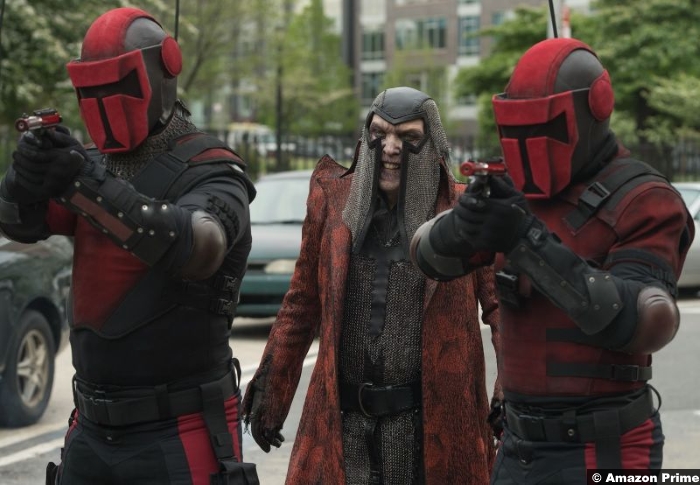 The six episodes that make up the first half of season one, are all about Arthur’s journey to become a reluctant hero, with help from a mysterious suit that gives Arthur the ability to deflect bullets and fly with the help of moth-like wings. In one of the series most inspired jokes The Tick even sums up this journey by alluding to Joseph Campbell’s monomyth as he provides voice-over narration from Arthur’s roof. It’s a thin plot at best, and is easily the weakest part of the show, but this really isn’t that big a deal considering all that The Tick has to offer. 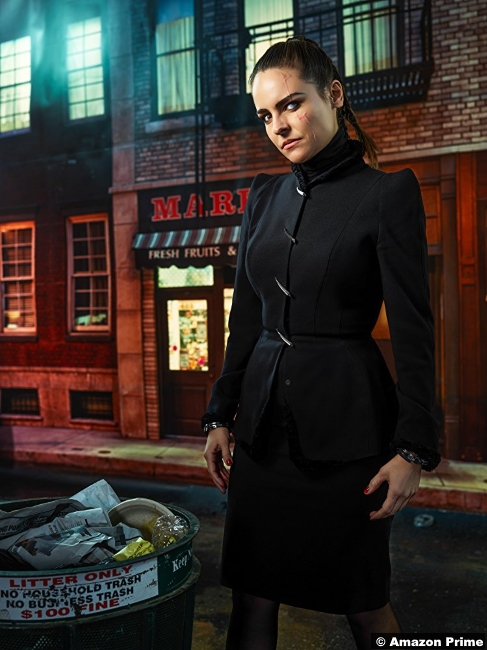 For a start, the deconstruction of certain superhero tropes is inspired. Take the character of Miss Lint, played by Jane the Virgin’s Yara Martinez. Miss Lint was one of the Terror’s minions and has been at a loose end since his death: getting by as a lieutenant for the pathetic kingpin Ramses IV. Her particular skill is that she has lightning powers similar to X-Men’s Storm. So far so cool, but Edlund has added a tweak to this power that is all too realistic. Due to the static electricity that is built up, Miss Lint is constantly covered in Lint, making her powers a very annoying type of Burden. Then there is Overkill, the show’s Batman/Punisher figure who kills first, and tells you to f**k off if you have any complaints about that. The world building here is both staggering and hilarious, and it’s a world that Arthur is plunged into head first.

7/10 – While the main plot is a little thin, with a lot of questions left unanswered, The Tick is a blast to watch, with its compelling performances, Serafinowicz will quickly grow on you, to its spot on observations on superhero stories, and it’s very grounded sense of humour. Roll on part two.