To the rest of the world it’s just a day, but to Americans, July 4th is “Independence Day.” It’s the day when firearm toting, flag waving, redneck southerners unite alongside the scarf-wearing, Prius-driving Yankees up north to celebrate our common love of blowing stuff up.

There’s not a whole lot of reflection on things like the Declaration of Independence, the meaning of freedom, or the heroism of our veteran-dead anymore on this holiday of ours; but then again, we don’t spend much time talking about Race Riots, the Trail of Tears or Imminent Domain either. So I guess it evens out.

What we Americans do end up doing on the Fourth of July is the most American thing there is to do these days: A whole lot of nothing.

You might think that’s lazy, but if so, you’re probably over in England or Canada or somewhere else, not doing a whole lot of nothing. In which case, that’s a shame. I’ll be here, sitting around my house, eating unhealthy food and watching all the best jingo-powered TV shows, movies and broadcast specials I can get my hands on.

If you’re like me, and you are looking for something really “merica” to watch on Independence Day, or, if you’re not like me but you want to revel in the once-a-year awesomeness that is “merica,” then let me offer you my top “four for the Fourth” list of best things to watch on Independence Day. Sure there’s no way to watch all of these shows in one day, not when there are afternoon naps and leftovers to eat, but since the fourth falls on a Tuesday this year, you can easily knock these out over the festive four-day weekend leading up to the big day.

This is our fourth year in a row doing this article (check out the 2017 article here, the 2016 article here, and 2015’s article here) and this year’s edition is focused almost entirely on two aspects of American history that seem likely remain subjects of fascination for generations to come: World War II and Baseball…

Speaking of: What’s more American than baseball? Apple Pie maybe but baseball is the sport of state and I just took three days off writing any articles simply because my Arkansas Razorbacks were chasing their first national championship in baseball. We were one caught-foul ball away from winning it too. Instead…no.

And now we’ve lost. Again. Because as American as baseball is, there’s nothing more Arkansas than coming so close…and farting it away.

I’m in no mood for happy Fourth of July movies… 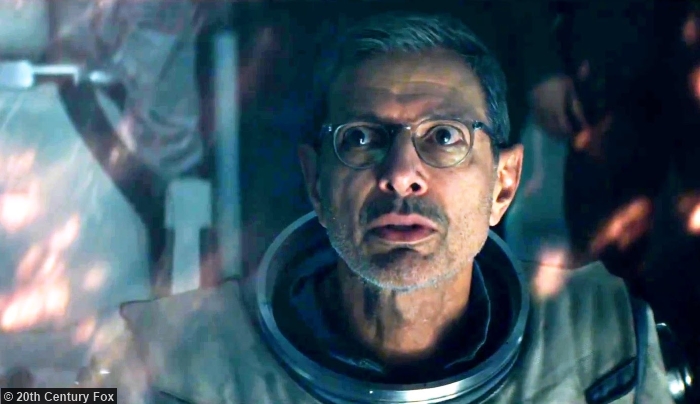 Oh yeah. That’s right. It’s the movie. The namesake. The one everyone ought to watch every Indep—oh wait no it’s the sequel everyone hated.

Suffer through it. It’s bigger, louder, dumber, and has far less charm than the original. But it has Jeff Goldblum at his Jeff Goldblumiest, it has crazy and stupid set pieces. It has…well, you know what? It has everything the original had (except for Will Smith which, granted, is a lot) but was just a little less great than the original. Here’s an excerpt from our review two years ago:

It’s a notch below the original, which did everything this movie tries to do a little bit better, but it could have been so much worse. The fact that it’s consistently good and occasionally a barrel of fun automatically makes it better than 90% of the sequels/prequels/reboots that Hollywood has been churning out lately.

I gave it an 8/10. You heard me. I gave it an 8 and you know what, I stand by that. Fight me. I’m in the mood. America was ready for a feel good, fun and slight ID4 movie back in the mid-90’s. It’s the mid-2010’s and it’s the perfect time for something louder, dumber and much more polarizing. That’s what this country loves today anyway!

NO COUNTRY FOR OLD MEN 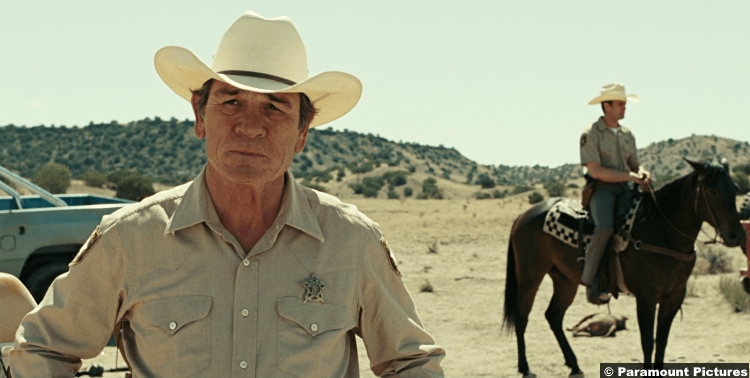 On the other side of the spectrum is one of the most downer movies you’ll ever see. It’s also one of the very few movies that I think is actually perfect, without one scene I would tweak, one performance I’d change, one line-reading I’d revisit, one moment I’d edit. From beginning to end, No Country for Old Men is a flawless movie. Gripping in its pace, funny when it wants to be, pulse-pounding when the suspense kicks in, loaded with subtext and symbolism and the Coen Bros.’ patented off-kilter, slightly-surreal storytelling…there’s nothing else to be said.

So why include it on a list about ‘merica?

Because it’s a post-modern western, and there’s nothing more American than a good western. We already discussed Clint Eastwood’s magnum opus Unforgiven two years ago (three years ago? I can’t remember…the Razorbacks just lost. It’s a miracle I’m even typing anything right now). Anyway, Unforgiven is, to me, the ultimate western movie. There’s not another “cowboy hats and shootouts” movie that can do better what was done in that movie. The actor who made his name doing spaghetti westerns basically retired the genre. Ever since then the only good western has been a western that avoids the tropes that Eastwood laid to rest; every one that tried to go back to the well just felt tired and stale. To that end, a good post-modern western like No Country for Old Men is critical; it gives you a lot of the same sights and sounds, feelings and moments a western should (big beautiful vistas, gunfights, chase scenes, a lawman hunting for a criminal, etc), but in an updated setting. As said, it’s perfect, and being a “western,” it’s worthy of the list. And being a downer, it fits my current mood…

PLANET OF THE APES

Speaking of my current mood, here’s a movie set in the aftermath of nuclear war. Oh, sorry: SPOILER ALERT, but c’mon it came out in 1968 (look for a retrospective on it later this year). Also, if you’re a millennial like me you probably had the ending spoiled in that one Simpson’s episode. I think by now everyone knows, in the immortal words of Charlton Heston, that (1) we were maniacs, and (2) we blew it up. In the aftermath of our mutual nuclear destruction, apes evolved to become the dominant species on the planet and eventually enslaved the scattered remnants of the human race. The movie plays it straight for the duration of its runtime, making it oh so obvious that our astronauts were somehow on earth without ever flat-out stating it, and because the movie never states it and no one ever speculates on it openly, the audience is sort of manipulated into ignoring the obvious explanation. That’s when the ending hits you over the head like…well like a nuclear warhead.

Rod Serling (mastermind of The Twilight Zone) adapted the novel and the whole movie plays out like a Twilight Zone movie, complete with  mind-twisting ending. It’s one of science-fictions greatest stories and a must-see for all fans of the genre.

You mean, besides this?

Have a happy Independence Day. Or don’t. If you’re an Arkansas Razorback fan, just have a day.

See you next year.