To the rest of the world it’s just a day, but to Americans, July 4th is “Independence Day.” It’s the day when firearm toting, flag waving southerners unite alongside the scarf-wearing, Prius-driving yankees up north to celebrate our common love of blowing stuff up.

There’s not a whole lot of reflection on things like the Declaration of Independence, the meaning of freedom, or the heroism of our veteran-dead anymore on this holiday of ours; but then again, we don’t spend much time talking about Race Riots, the Trail of Tears or Imminent Domain either. So I guess it evens out.

What we Americans do end up doing on the Fourth of July is the most American thing there is to do these days: A whole lot of nothing.

You might think that’s lazy, but if so, you’re probably over in England or Canada or somewhere else, not doing a whole lot of nothing. In which case, that’s a shame. I’ll be here, sitting around my house, eating unhealthy food and watching all the best jingo-powered TV shows, movies and broadcast specials I can get my hands on.

If you’re like me, and you are looking for something really “merica” to watch on Independence Day, or, if you’re not like me but you want to revel in the once-a-year awesomeness that is “merica,” then let me offer you my top five list of best things to watch on Independence Day. Sure there’s no way to watch all of these shows in one day, not when there’s afternoon naps and leftovers to eat, but since the fourth falls on a Monday this year, you can easily knock these out over the festive weekend leading up to the big day. 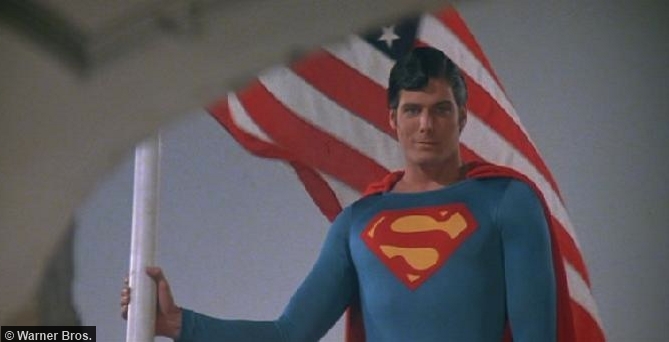 Everyone loves to make the Jesus comparison with Superman, even the filmmakers who adapt his story can’t seem to let it go. Let’s not forget, however, that Superman was created by a couple of Jews from Canada. I don’t guess the “from Canada” part matters, but the “couple of Jews” bit is certainly relevant. They didn’t have Jesus on their mind when they conceived Superman’s origins; they were thinking of Moses! But they weren’t even trying to go all-Biblical with it, either. It was the “immigrant” aspect that appealed to them. Like Moses, Superman was a child from one land, raised in another, who lived a very different kind of life than his people. He later left that life and became a kind of savior. That’s Moses and that’s certainly Superman. He’s an immigrant boy from Krypton, raised on a Kansas farm who eventually grows into a savior/hero who stands for Truth, Justice and (initially) the American Way. 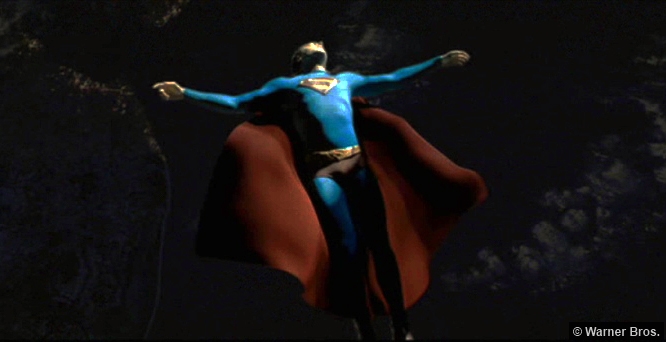 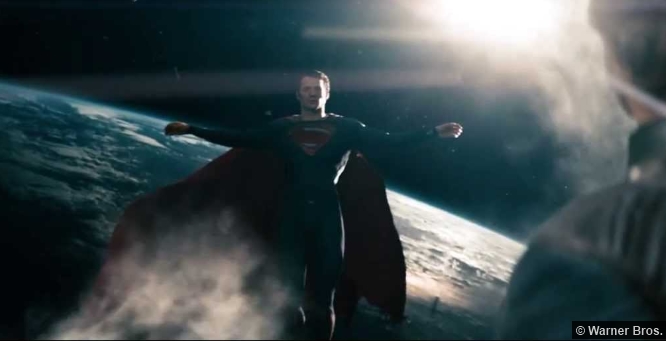 Richard Donner’s Superman movies (the first one from 1978 and the proper sequel that never saw theatrical release) nailed the Golden Age aesthetic of the character. Watched together, the first two “Superman” films form one an epic tale (thanks to a story by Godfather’s scribe Mario Puzo) but it’s the first one that really impresses. Donner presents three very different mini-films in the picture; the first act is pure science fiction, with an alien world, far-out technology and a spaceship rocketing away from an exploding planet. The second part of the movie is textbook Americana: Sweeping plains of Kansas, windmills, red barns, endless and unobstructed skies, and as a cherry on top: It’s the 1950’s. The best music, the best cars. It’s perfect. The movie then jumps ahead to “present” day (1978) and we get a cheese-ball comic book movie. What’s more American than hokey science fiction, Marlon Brando, the 1950’s and comic books? The fact that Supes, at one point in the second movie, waves the star-spangled banner around is just a wonderful bonus. 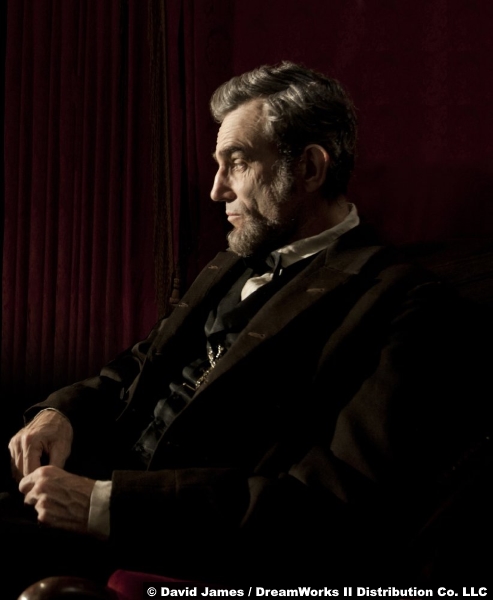 Easily the biggest sore-spot in American history, the Civil War is nonetheless American history. As such, it deserves a place at the table when it comes time to explore “merica.” There are no shortage of movies about the Civil War to enjoy (and some not to enjoy). But this is Lincoln. This is the convergence of Steven Spielberg (director of more classics than there are days in the month) and Daniel Day Lewis (who is simply remarkable in everything).

The movie had been in the works, in one form or another since 1999. It was originally planned for a 2007 release but Spielberg wasn’t satisfied with the script (which initially focused on Abraham Lincoln and Steven Douglas). Eventually new writers were brought in and the focus of the movie was changed to being about the adoption of the thirteenth amendment (which ended slavery in America).

Rightly is Lewis praised for basically becoming Abe Lincoln. Everything from the look to the voice to the quirky personality, it’s all perfect. Though some parts of the movie were criticized by historians as exaggerated, Lewis’ performance was hailed by Lincoln-experts as stunningly accurate. That said, it’s not just a one-man show. Tommy Lee Jones, Sally Field, David Strathairn and the whole rest of the non-Lewis cast is also stellar. And then there’s the director: This is Spielberg’s best directing job since at least Munich, and probably his best since Saving Private Ryan. It’s two-and-a-half hours long, but it’s so perfectly paced and so engrossing to watch the time flies by. Even though the focus of the movie is not the Civil “War” itself, it is—by the strength of its own greatness—the finest “Civil War” film ever made. If the Fourth of July is about nothing else, it’s about freedom. What better movie to watch than a movie about the thirteenth—freedom—amendment? 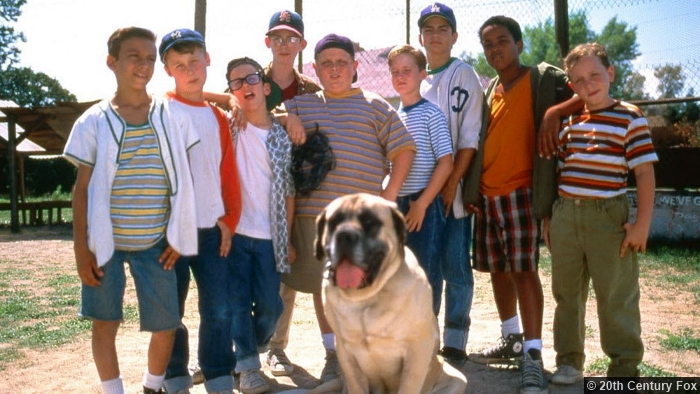 If Lincoln is a little too heavy and not festive or cheery enough for your Fourth, then enjoy this movie which celebrates “America’s pastime.” It was a tossup between this one and Field of Dreams. But while the latter movie is great, The Sandlot takes the cake because it explores baseball as a game which brings kids together. Also Field of Dreams lays on the daddy issues pretty thick, and I’m just in no mood to cry on the Fourth of July (hey that rhymes!).

The plot is as simple as it gets. New kid in town joins the neighborhood baseball team, makes friends, has laughs, gets chased by giant dog, meets retired famous baseball player, befriends a future famous baseball player and lives happily ever after as a sports announcer. It’s not Shakespeare; it’s just a wonderful examination of growing up in a simpler time in America, when summers were spent, not indoors with video games and Netflix, but outside with a baseball glove.

It also gave us the finest depiction of juvenile romance ever put to film: 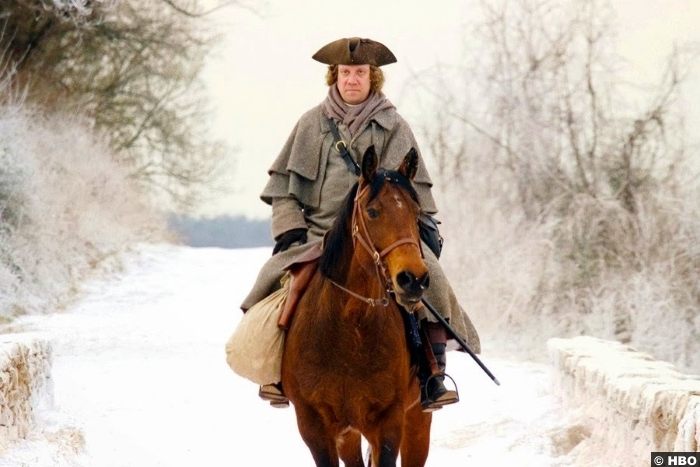 Poor John Adams. He’s the Ringo of the founding fathers. Actually that’s not fair, unless Ringo was an insecure blowhard who secretly dreamed of being a tyrant over the other Beatles. Everyone loves Washington. Jefferson was the consummate statesman. Madison was one of the best Secretaries of State the country ever had. And then there’s Adams. First VP, second President, overlooked on Mt. Rushmore. A President whose only significant contribution to the office was the maligned Alien and Sedition Acts. What can you say about him? Not much, and little of it is good.

But HBO still produced a captivating miniseries, with Adams stunningly brought to life by Paul Giamatti. The seven-part event, which first premiered in 2008, is a great examination of America’s Revolutionary days. It begins with the 1770 Boston Massacre and continues through the Revolution all the way to the July 4, 1826 deaths of both Adams and frienemy Jefferson. The only flaw in the otherwise brilliant production is simply the fact that Adams is the primary focus. Your eyes tend to draw to Jefferson and Washington whenever they are on screen, and it makes you wish a broader study of the Revolution and of America’s founding years could be done with such great production values. Nevertheless, the miniseries offers a great “fly on the wall” look at the birth of my nation, making it a natural go-to watch around Independence Day.

NUMBER ONE: THE “CAPTAIN AMERICA” TRILOGY 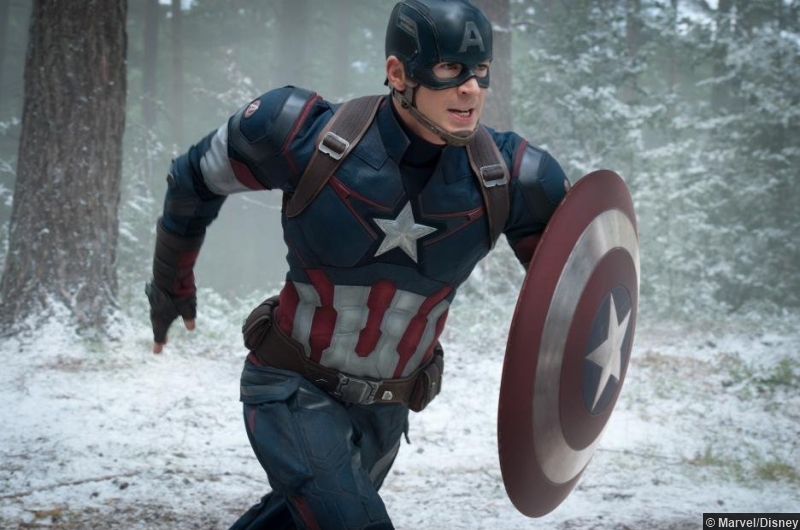 I mean, it doesn’t get more “merica” than Cap himself, does it? Superman’s story is also very American, but in much more archetypal ways. Captain America hits you right between the eyes with it. He’s a poor, scrawny kid from Brooklyn, who wants to enlist to fight some Nazis but is turned down on account of his cartoonishly small frame. So he agrees to be guinea pig for the Super Soldier Serum, bulks up into a stud-muffin and proceeds to fight some Nazis. Along the way he maintains all his down to earth charm and humility, making the ladies just swoon that much harder.

Then he’s frozen solid and thawed out in the mid-2000’s (MCU), becoming a fish out of water, whose simple world has left him behind. He has retained his “Greatest Generation” values in a world that is now largely cynical, but he doesn’t compromise himself. Instead he presses on being the hero he was sixty years prior. In the second movie he comes face to face with just how bureaucratic and corrupt the country had become but stands on his principles and takes down the largest government agency in the country. In the third film, he is forced to choose between his friend from the past (Bucky) and his friend from the present (Tony), but again the choice is an easy one, because its one based on principle and Cap’s steely resolve to maintain what is “right” and fight what is wrong, even when everyone else is against him.

I don’t want to say “that’s just like America” because let’s be honest: My wonderful country is often on the wrong side of issues. Sometimes we’re on the right side, but go about things in the wrong way. Not Captain America though. He may not be “America” as it “is,” but in a lot of ways he’s “America” as it “should be.”

So go kill something, grill something and sit back this weekend and watch something. If you’re in the mood for something especially patriotic, try one of these five out. You just might walk away with the urge to stick firecrackers and roman candles inside an apple pie and blow that sucker sky high.

There’s nothing more American than that.