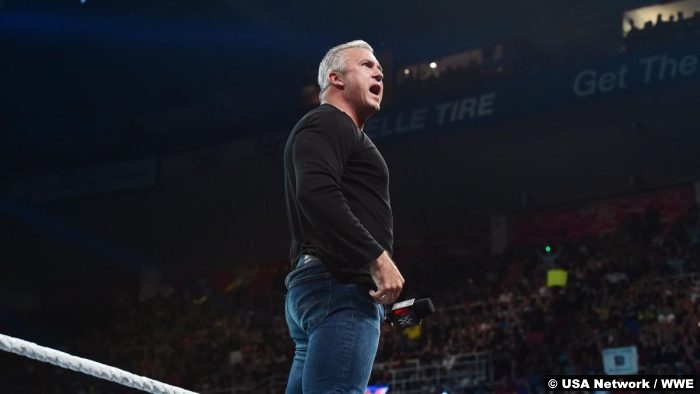 Two nights after Fastlane, the 969th edition of WWE SmackDown LIVE came to you, live, from the Bankers Life Fieldhouse in Indianapolis, IN. Having survived a grueling Six Pack Challenge against Kevin Owens, Sami Zayn, Baron Corbin, Dolph Ziggler, and John Cena to successfully retain the WWE Championship at Fastlane to ensure that he will be walking into “The Show of Shows” as the WWE Champion, AJ Styles must now turn his attention to his WrestleMania opponent, the winner of the 2018 Men’s Royal Rumble Match Shinsuke Nakamura, as these two are destined for a dream match on “The Grandest Stage of Them All”. However, the result was almost very different at Fastlane as, following an errant super kick from Kevin Owens to SmackDown LIVE Commissioner Shane McMahon that was meant for Sami Zayn, the Commissioner would once again let his hatred for Kevin Owens and Sami Zayn get the better of him as Shane would first cost Kevin Owens the WWE Title by pulling the referee out of the ring before costing Sami Zayn the title by pulling Sami out of the ring! With Shane McMahon scheduled to appear on SmackDown LIVE to make an announcement regarding WrestleMania, things are sure to get heated between the Commissioner and Kevin Owens and Sami Zayn. What will happen between these three individuals on SmackDown LIVE and how will it impact WrestleMania?