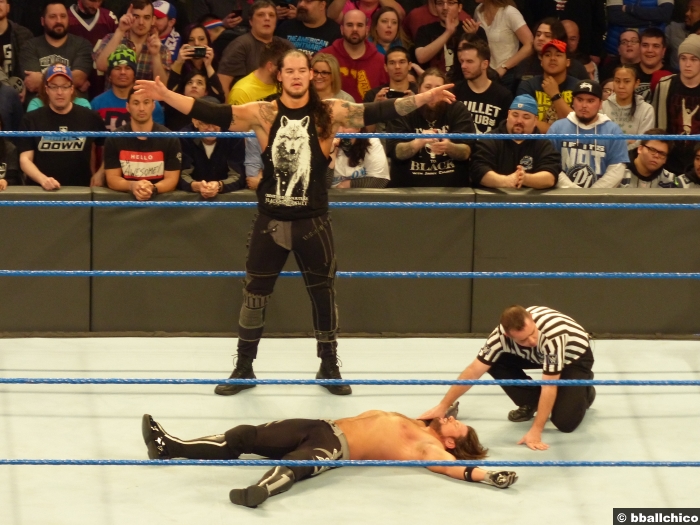 The 966th edition of WWE SmackDown LIVE came to you, live, from the Talking Stick Resort Arena in Phoenix, AZ. With Baron Corbin defeating Kevin Owens and Dolph Ziggler defeating Sami Zayn last week to earn their way into the match, the WWE Title match at Fastlane will now be a Fatal 5-Way Match with AJ Styles having the unenviable task of defending the WWE Championship against Kevin Owens, Sami Zayn, Baron Corbin, and Dolph Ziggler where the first Superstar to score a pinfall or submission will be the WWE Champion. For the first time since learning that he will be defending the title in a Fatal 5-Way Match at Fastlane, WWE Champion AJ Styles would appear on SmackDown LIVE to address the upcoming title defense. Also, in a rematch from last week, The New Day would take on Chad Gable & Shelton Benjamin but, this time, the winning team will challenge The Usos for the SmackDown Tag Team Titles at Fastlane. Can The New Day get back in the title picture or will Chad Gable & Shelton Benjamin get another shot at the tag titles?