Marcus Bagwell better known as Buff Bagwell was a member of one of the most popular factions in the history of professional wrestling, the NWO.

The 47-year-old from Marietta, Georgia spent a decade in WCW signing his first contract with the company in 1991 and he stayed until the last night of the company in 2001. He was a five-time WCW Tag Team Champion, winning the title with four different partners.

Bagwell had a short spell with WWE after WCW’s closure and his WWE television debut on Monday Night Raw was against Booker T for the WCW Championship.

We caught up with Buff to talk about being a member of the NWO, his WWE television debut, his thoughts on Vince McMahon and much more. 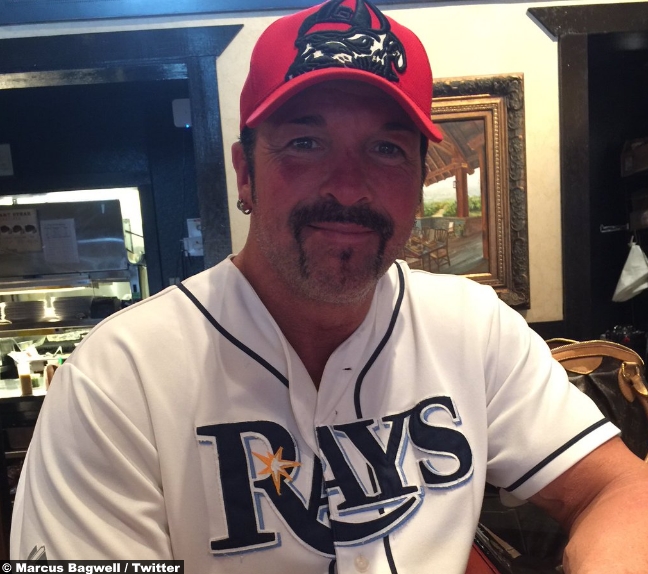 It’s quite an unusual story really, a girl named Missy Hyatt back in the late eighties, early nineties was a female announcer for World Championship Wrestling (WCW) and she actually moved in next door to me in my apartment complex and she got me into wrestling.

Where you a fan of wrestling when growing up?

Not at all, my brothers were, we did watch wrestling when it was on television. We were a southern-based family so we watched wrestling and I knew Gordon Solie, The Road Warriors and Ric Flair, I knew the characters.

My brothers were huge wrestling fans, I just wasn’t and I got into wrestling strictly for the money but then once I learned about wrestling I learned to respect it and I learned how much people really respected what we do and how we were lucky to be wrestlers because it’s a hard industry to get into.

What was it like when you made you signed for WCW?

Oh my god, everybody in the world said I would never make it, that I was too young, I was too little, so for me to make it at WCW was the biggest thing ever for me and I was only 20-years-old. Not only did I make it, I made it at a very young age and proved myself, I became very popular very quickly, it was a really unbelievable high to firstly tell all my friends I told you so, but not being cocky I was fortunate and glad and respectful that I had made it. 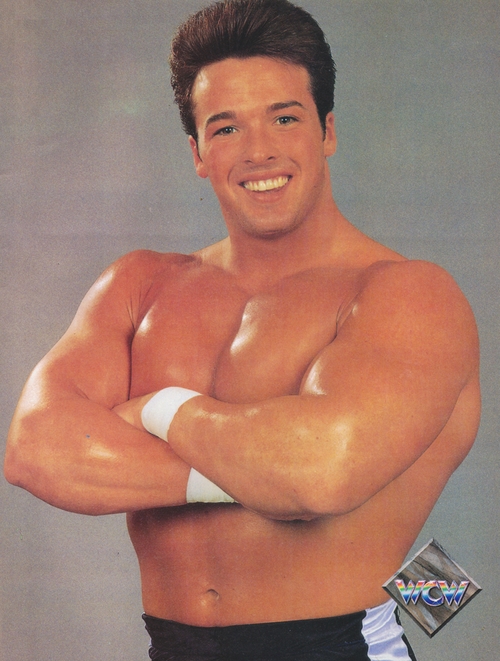 It was surreal being on the road with those guys as well, I was travelling with Sting, Lex Lugar, Scott Hall, Kevin Nash, Hulk Hogan and all of these megastars and I was one of them and I was very humbled by that experience.

During your time with the NWO, you went to Japan and did some work with NJPW, what was that experience like?

It was huge, they had their own NWO Japan group, they had A Buff Bagwell look-a-like, that had a Hulk Hogan look-a-like, and it made us all feel so privileged that there was another group over in Japan. When we joined that group and went over there we sold out massive arenas and every person in there had NWO shirts on, it was really unbelievable.

Another group you were part of was The New Blood, what were your thoughts on that experience?

I think The New Blood would’ve made it but at the time AOL Time Warner didn’t want to be a part of professional wrestling anymore. I really think New Blood could have worked as a group; the problem was the older guys in wrestling didn’t like the angle, they didn’t want to be called old on television.

You were part of WCW until the very end, what was that final night like on Monday Nitro?

Nobody knew what was going to happen beforehand, it took everyone by surprise when we walked up and all of a sudden Shane McMahon was there. It was a really horrible atmosphere in the changing room that night because people didn’t know if they still had jobs or not, there was a lot of uncertainty.

How would you describe Eric Bischoff as a boss?

You did go over to WWE and on your television debut wrestled for the World Championship, what was that like?

What people don’t realise is that they put Booker T and myself on as the main event of Monday Night Raw for the WCW World Title in Seattle, Washington with all of the odds against us.

A week later WWE was going to be in Atlanta, Georgia, why could they have not waited seven days and put Booker T v Buff Bagwell for the WCW World Championship on in Atlanta which was the home of WCW instead of seven days earlier in Seattle where we got booed out of the building.

My honest opinion is that it was set up for us to fail, it didn’t work and we knew we shouldn’t have been in the main event, we knew there was something wrong about it but you don’t ask questions in this business you just go and do what you’re told.

From your experiences with Vince McMahon, how would you describe him as a boss?

What are you up to now?

I do my own thing, I’m my own boss, I go and work where I want, when I want. 85% of my booking is repeat business which means people like me and they can trust me, they know that I’m not going to screw them over. I have a very good following and I’m sticking with it without the pressures of the politics of the big-time wrestling. 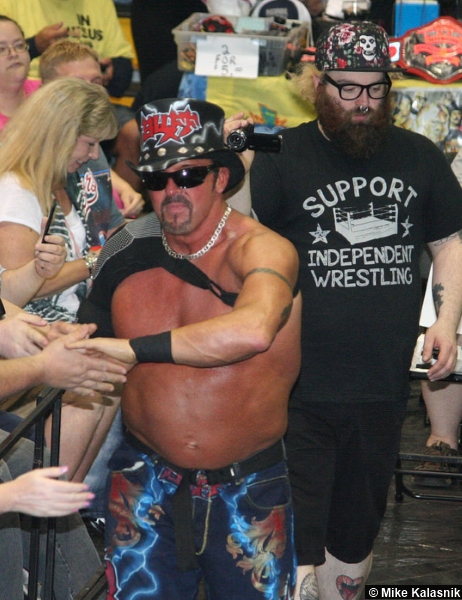