‘I’ll see you in 25 years’ said the ghost of Laura Palmer in the closing moments of season 2 of Twin Peaks. A little over that, we stand on the cusp of a new series of the ground breaking crime drama. The return of an axed show, so long after cancellation, is unprecedented. It is something long-term fans have dreamed of for many years.

Despite the excitement, is it possible that Twin Peaks 2017 could disappoint? Though fans (your writer included) hope that it will not, there are many reasons to think the coffee may not as be as damn fine as it once was.

Warning: this article contains spoilers (if it is possible to spoil a show a quarter of a century old).

The way Twin Peaks ended immediately places its 2017 remake on the back foot. When the curtain fell in 1991, fans were left on the edges of their seats. From the bank explosion to the Benjamin Horne’s collision with the fireplace, the final episode concluded with a series time sensitive cliffhangers, which would no doubt have been resolved in the never commissioned third season. 25 years later, none of those cliffhangers can now pay off. At best, we can see a dramaless flashback of how they unfolded. Worst of all, given he is not set to return to the show this year, we may never find out if pony-tailed villain Leo succumbed to the box of spiders. 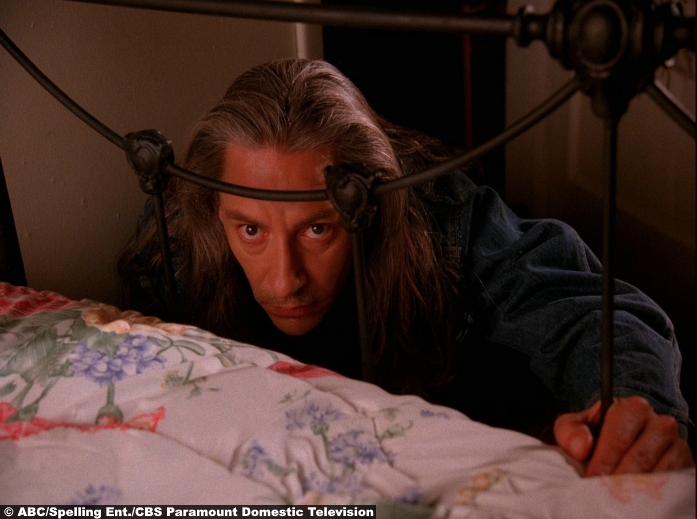 Leo is not the only character who will not be returning in the Twin Peaks relaunch. Unfortunately, several key actors have passed in the years since we last visited the Great Northern. Whilst the deaths of the Log Lady (Catherine E Coulson, who has filmed scenes for the new series) and Pete Martell (Jack Nance, who died following a fight in a donut shop) can be explained by the passage of time, the absence of Bob will leave a large hole in the series. Frank Silva, the set decorator who became one of the most frightening bad guys in television history, sadly passed in 1995. Twin Peaks will struggle to find a villain so terrifying.

Will any one remember much about the characters mentioned above though? Twin Peaks is now very old, and for even the hardest of hardcore fans it has become a hazy but wonderful memory. Though most people will remember the key moments of the Laura Palmer investigation, can the same be said for the wrangling over the Packard Sawmill or the criminal enterprises of the Renault brothers? These complex subplots dominated much of the supporting casts’ screen time and were essential in building the immersive Twin Peaks world. Will these plots have traction so many years on? Or will they be consigned to the history bin, thus reducing many once great characters to mere cameos? This will be an incredibly complex line for Twin Peaks to walk.

4) How powerful is the box set?

If Twin Peaks latest incarnation is successful, it will be a testament to box set viewing habits. Many Twin Peaks fans were too young to watch it during its original run television run, and will only have become acquainted with it through the DVD releases of the early 2000s. Others will have first experienced it, or become reacquainted with it, through Sky’s heavily hyped Box Sets service.

This raises questions though: How many people have invested the thirty odd hours needed to get themselves up-to-speed with show? Have they done so recently? Essentially, will there be sufficient interest, and therefore a market, to sustain a major new series of a decades old cult show?

The worst fear for Twin Peaks fans should be that the new series is brilliant; brilliant, but barely watched. As anyone with even a cursory interest in the show knows, its original run, though widely acclaimed, was cancelled. If the show fulfils long-time fans’ every wish and answers their every question, but cannot attract a sufficiently large new audience this could happen again, leading to decades of recriminations. A third relaunch would surely be out of the question. 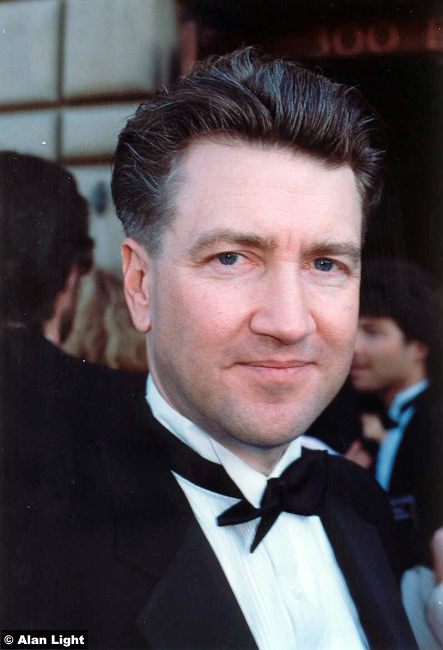 Much of season 3’s success will depend on its auteur, David Lynch. Though Lynch has produced undoubted masterpieces, his career is not without its missteps; for every Mulholland Drive, there is a Dune. Lynch struggled to deal with the network’s demands during Twin Peaks initial run and, if rumours are to be believed, has already walked out of and back into season 3. Lynch’s last major feature was 2006’s Inland Empire. It has to be asked, therefore, if Lynch is up to the task of steering the show in the right direction.

7) Fire Walk With Me

Those who doubt Lynch’s ability to recreate the magic of Twin Peaks circa 1990, often point to the series original ‘relaunch’. In 1992, Lynch received the opportunity to continue his magnum opus on the silver screen. The result, Fire Walk With Me, is an excellent piece of surreal horror. However, by opting to make a prequel Lynch deliberately failed to conclude the stories viewers wanted finishing. Following it debut, Lynch was famously booed at Cannes and the film still raises the ire of some fans to this day. Given Lynch’s bullishness, there is nothing to say this latest entry into the Twin Peaks canon will be any difference. 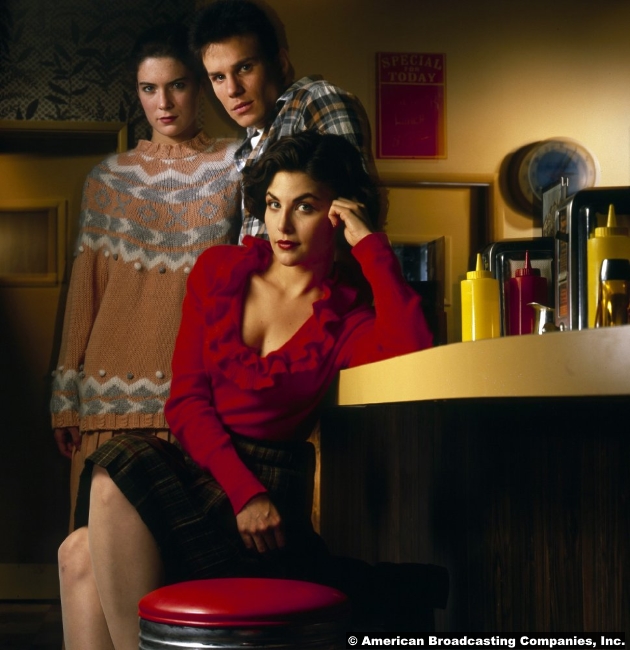 In truth, it is not just with Fire Walk With Me that Twin Peaks lost its way. As season 2 ground on, some of the subplots became increasingly hokey and self-indulgent. Lucy’s pregnancy and relationship with Dick Tremayne seemed designed solely to fill time, whilst Audrey Horne, one of the show’s most iconic characters, was left to drift meaninglessly after her planned relationship with Agent Cooper was torpedoed by MacLachlan’s real life girlfriend Lara Flynn Boyle. The biggest error, however, was revealing Laura’s killer midseason. Though Lynch opposed this move, and it arguably killed the series, it is indicative of the fact things were beginning to go seriously wrong before the axe finally fell. There were, of course, moments of brilliance even in its final days. The new series will have to serve these up in spades if it is to keep blade from falling again.

One thing that may hold off the executioners is the sheer volume of talent that has signed on to season 3. From Michael Cera to Naomi Watts via Amanda Seyfried and Michael Bisping(!) the cast is nothing short of incredible. There is a risk, however, that we will see the Double R Diner become a revolving door for “hilarious” cameos. If this is the case, a bloated cast could distract from the stories loyal fans want to see. 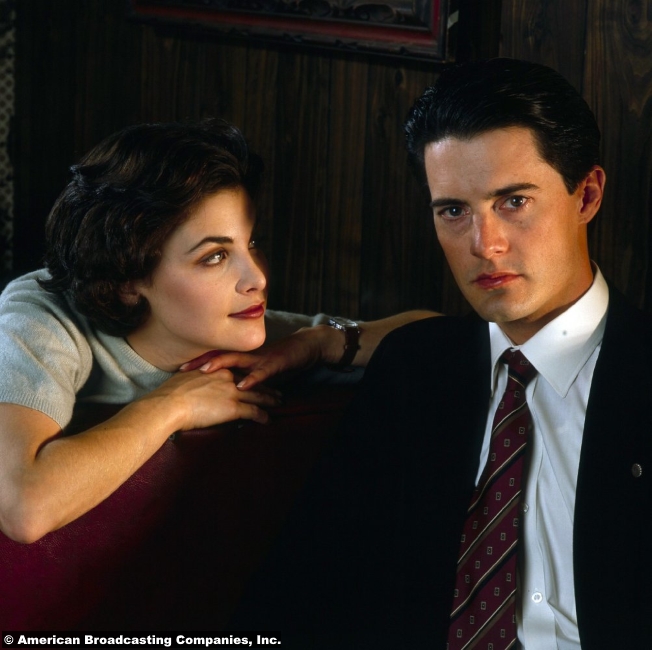 As mentioned earlier, there were moments of brilliance as the show came to an end. The latter part of the season 2 finale, where Cooper finally entered the fabled Red Room is one of the most compelling and disturbing pieces of television of all time. Nothing, however, can top that final scene. The image of the show’s white knight laughing maniacally into a shattered mirror has been imprinted on viewers’ minds for 25 years. Though it was not intended to be the end of Twin Peaks, it is perfect. It leaves the audience with the haunting idea that true evil can never be defeated. No matter how good it is, it is unlikely season 3 can conclude the iconic show in a more fitting way.