Before I talk about another excellent episode of American Gods I want to say a word about Star Wars: A New Hope and the one thing that really bugged me (get it? Bugged me, never mind) about it. A popular story choice is to have a type of barrier that keeps the hero from going on an epic journey. For Luke Skywalker, it was his aunt and uncle. Luckily, as Luke found Obi Wan Kenobi and hatched a plan to save Princess Leia, his only family was killed by stormtroopers looking for the missing droids. We all know the story, but isn’t it strange just how fine with everything Luke is. There is one scene in which it could be said that he’s grieving then cut to the next scene and he’s ready to go on his adventure. It’s tonal whiplash of the highest order, with not another word said about the charred corpses of his only known family.

Neil Gaiman used the same story beat for American Gods. Shadow needed to be shot of Laura in some way in order to hook up with Wednesday. It’s a tried and tested sympathy grabber, but Gaiman does what George Lucas didn’t: he made Laura’s death matter. He even deconstructed this particular trope: Laura doesn’t stay dead for long: becoming a physical manifestation of the complexity of her and Shadow’s relationship. She is even an active part in the story as she saves Shadow from certain death. Bryan Fuller and Michael Green do even better than that with Laura in the show. In the book, as good a character as Laura is, she is defined by Shadow and we mostly see her, and understand her, through her actions with him. This is the advantage of turning a 600 plus page book into a TV show: great characters like Laura get even more attention, and with Git Gone, that attention pays off in spades. 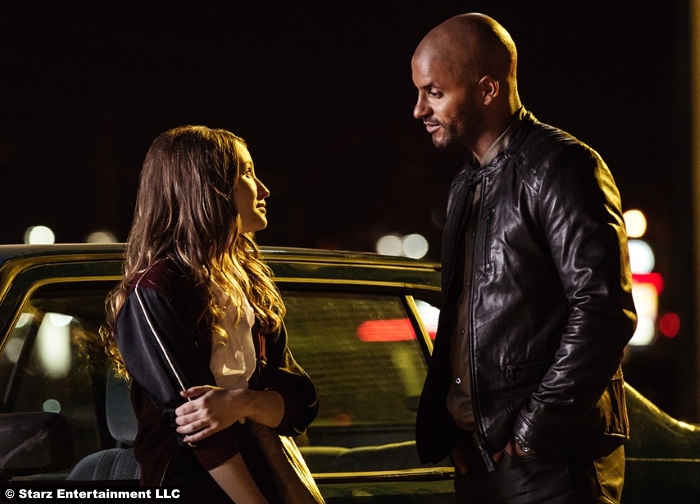 Only four episodes in American Gods has once again shown a fearlessness in making the show whatever it has to be week to week. With the first half of season one now complete, it’s still difficult to sum up what a typical episode of the show looks like. This isn’t unusual for serialised television but American Gods exhibits a penchant, actually it’s more like an addiction, to veer off from the main plot in order to open up the show’s world. This week we get a character piece as Laura takes centre stage after her return from the dead last week.

While it’s not specifically shown in the episode it is hinted that Mad Sweeny’s coin: his good luck charm, is what brought Laura back. Except her resurrection is not the most important thing shown in Git Gone. What follows is an episode about a woman that cannot find any enjoyment in life, a woman that believes there is nothing after you die and when she is given proof of the opposite she tells Anubis to fuck off, a woman that uses bug spray in her hot tub to either kill herself or get high, I’m not sure which. The point is: this is a character drama that just so happens to be in the American Gods universe, and it’s only the fourth episode! 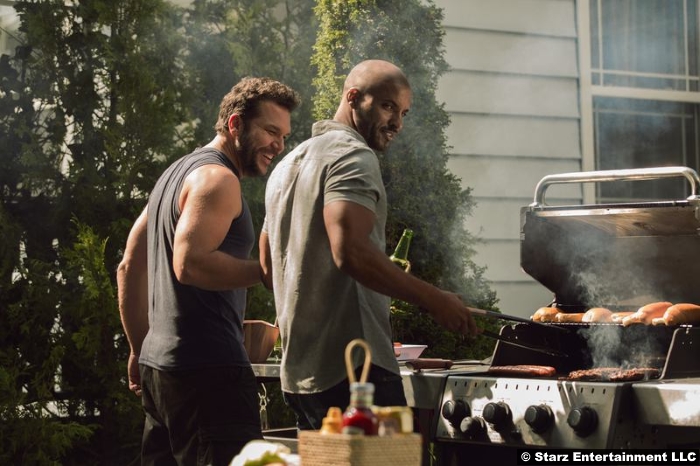 When it was announced that Emily Browning would be playing Laura I was very excited. While Browning has not been in many films I’ve enjoyed, she has been the best thing about films I didn’t, and with a character like Laura to build something of her own I thought that she would be great. I was right: Browning managed to make me feel sympathy for a character that I wasn’t sure deserved any. She’s stuck in a boring life, in a house that she inherited, and the most exciting man she ever met went on the straight and narrow for her.

While this is certainly the Laura show, I do have to say how impressed I am with Ricky Whittle as Shadow. He and Browning have this weird chemistry that completely works for these two characters, although his forwardness really only works when you look like he does. It was true in Hollyoaks and it’s true now.

Laura is not a good person, she’s dead inside looking for something to get her out of her rut. This never goes well as her perfectly planned robbery put Shadow in prison, and her affair with Robbie ended in both their deaths. Her return from the dead is both creepy and very funny. Her scenes with Audrey are a scream, with Betty Gilpin stealing the show once again: especially when she admits that grief and anger have made her vulgar. 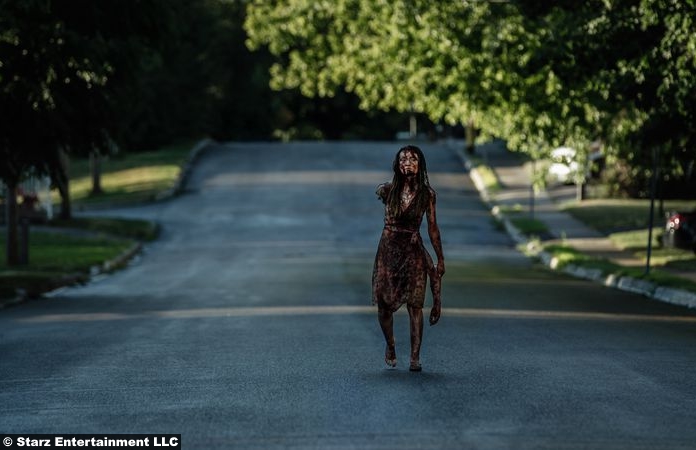 What’s most interesting, apart from our tour of Mr Ibis and Anubis’ funeral home, and Laura taking apart the goons that lynched Shadow, is that Laura has become the personification of how we are remembered when we die. She didn’t love Shadow in life but she loves him now, a belief that Shadow needs, she’s stronger dead than alive and has a sense of purpose. She has become the person she wants to be, an exaggerated version of herself that comes at the price of decomposition.

9/10 – Anchored by a great performance from Emily Browning, Git Gone is a diversion from the main plot that is actually welcome. And it continues American Gods’ skill at world-building.