American Gods S01E02: The Secret of Spoons – Wednesday shows a little more of his hand

While watching the first two episodes of American Gods I repeatedly asked myself “what is this show like for people that haven’t read Neil Gaiman’s novel”?  A common complaint that keeps popping up is that the show is too busy being weird and spending less time moving the plot forward, and if you haven’t read the book I can see why these episodes might be thought of as a nice looking oddity. As someone who has read the book, and read it again in preparation for these reviews, I implore you to stick with the show, that all of this seemingly perplexing story is leading to something very special. I happen to think it’s already something special, and that has nothing to do with the book as much as what can be gained in an adaptation.

The Secret of Spoons isn’t as insane as the first episode, making it a little less exciting, mainly because after all the fun of last week Bryan Fuller and Michael Green know that they have to set up the main plots before the game of checkers can begin. That doesn’t mean they can’t have fun with the format as it looks like the “Coming to America” detours are part of the show’s house style. This week’s story sets up the character of Anansi a figure of great power from African folklore who is said to possess great knowledge. Here he’s played by Orlando Jones, and a technicolour spider, as he tells a ship-full of black slaves about the hardships they, and their families will face through the generations once they arrive in America. Anansi uses this information in order to convince the slaves to bun down the boat, themselves and their slave masters as an act of rebellion. As much as this is a very topical scene, and its themes run throughout the episode like the silk of a spider’s web, it also tells you everything you need to know about Anansi. 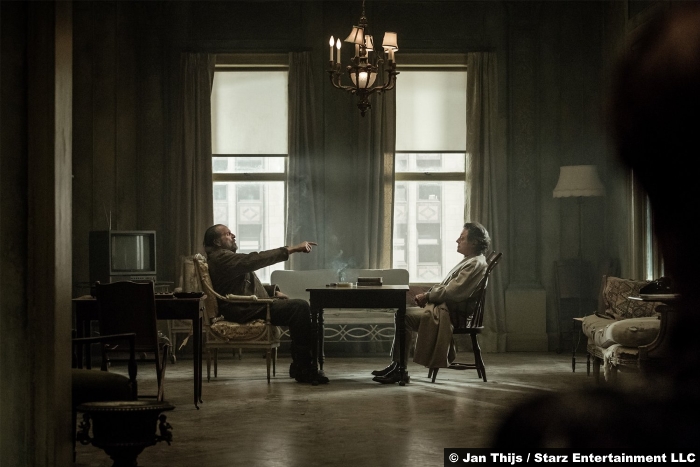 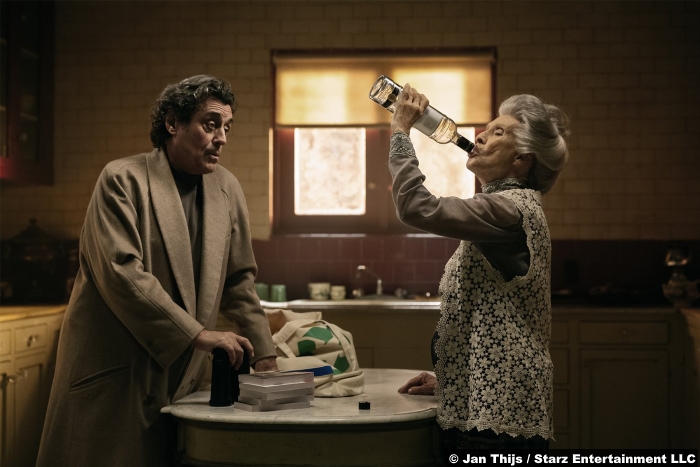 The gods that we have been introduced to so far are far from the neutered bearded dude in the sky and more like living breathing hustlers. For all the truth in what Anansi says, which is partly why he is so convincing, it’s these same words that give away his motive. He wants a sacrifice, not for the betterment or the rebellion of his worshippers but for the power a high body count gives him, especially if it’s soaked in faith.

Back in the present we find shadow receiving medical treatment after his horrendous near death experience. While his lynching at the hands of Technical Boy’s goons was already significant in its racist connotations, this is highlighted by the events at the beginning of the episode. Due to his experience, and the people he has met since he left prison, Shadow is no longer his own man. Wednesday specifically stated that their agreement made Shadow his man, not his employee, his man making Shadow a slave of sorts. Like the slaves on the boat his future looks bleak: he is now in an America he doesn’t recognise, and getting batted back and forth by two sides who are at a war he can’t, as yet, understand.

What’s clear is that the other side want him, leading to Shadow’s second encounter with Wednesday’s enemies. Media, represented by Lucille Ball, and played by the irreplaceable Gillian Anderson, tries a different approach to Technical Boy’s hard sell. She promises him power, comfort, and basically anything he desires. This is obviously to much for Shadow, as Wednesday isn’t doing such a great job at easing him in to this world of old gods and new. Shadow declines the offer due to possible insanity, returning to Wednesday since he is at least the devil he knows. 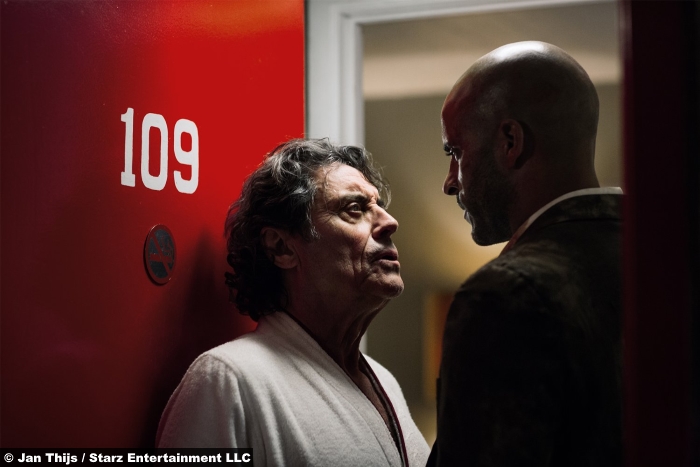 Another theme running through The Secret of Spoons is ways in which the past haunts us, and that seems to be true even for gods. Shadow is still grieving the death of his wife, who he continues to see in very Hannibalesque dreams. His last job in Eagle Point is to clear out the house that was supposed to be a home to them, with each possession echoing with meaning in Shadow’s head. The effect of it is ruined by a dick pic, which is a sure-fire way to ruin any situation, leaving Shadow feeling empty enough to continue with Wednesday on his quest to recruit gods for the war.

The gods in this episode are feeling the weight of the past as well: Wednesday still cavorts with jailbait-like women, which probably remind him of the maidens that were sacrificed to him, Czernobog, played by the person most qualified to play a Slavic god of darkness, reminisces about killing people with his bloody hammer, while criticising the meat industry for their less barbaric (to him at least) practices. Yet it’s Bilquis’ regret that is the most effective here, with another hallucinogenic sequence of sexual worship that somehow adds a tinge of sadness to her desperation for belief. It’s a dialogue-free sequence that trusts actress Yetide Badaki to convey this sadness and anger as she imagines how powerful she used to be, but is now nothing more than a museum curiosity.

8/10 – The Secret of Spoons is another episode that needs some patience, but this is an age in which serialised television is common, Media could tell you that, but if you continue to worship at American Gods altar, or at least give it some belief, it will reward you in a way that you won’t expect.