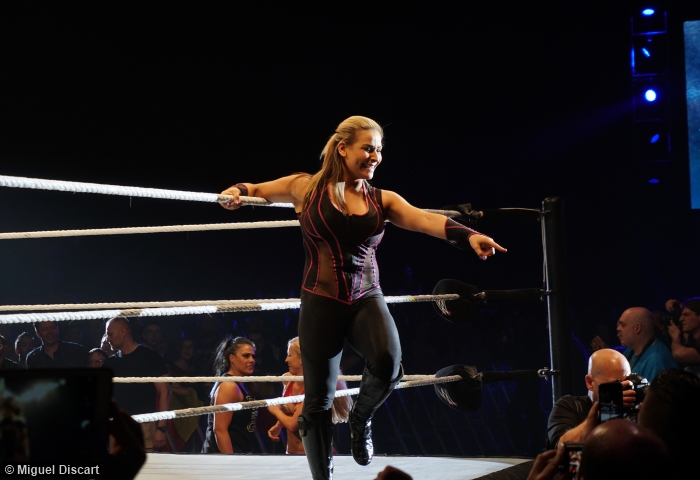 The 923rd edition of WWE SmackDown LIVE came to you, live, from the Wells Fargo Arena in Des Moines, IA. For the past few weeks, the crowd has been mesmerized by “The Artist Known As” Shinsuke Nakamura as the former two-time NXT Champion arrived on the SmackDown LIVE after WrestleMania and, despite not having his first match on the main roster, Nakamura has already made an impact on SmackDown LIVE with his unparalleled style and charisma. Now, “The King of Strong Style” is set to kick off this week’s SmackDown LIVE. What will Shinsuke Nakamura have to say? Will we see a confrontation between Nakamura and a Superstar he’s recently been targeting, Dolph Ziggler? Also on SmackDown LIVE, the SmackDown Women’s Championship would be on the line as, fresh off of defeating the champion in a non-title match last week, Charlotte Flair would challenge Naomi for the SmackDown Women’s Title! Will “The Queen” assume her throne on SmackDown LIVE as the new champion or will Naomi prove that she can stand up to any challenger and emerge victorious?