Has sci-fi finally lost its edge?

There was once a time when science fiction and fantasy meant we were about to be taken down a path of wondrous intrigue, deception, smoke and mirrors. Dragged from our mundane lives and thrown into an entirely new universe, a whole new mindset, or a darkened vision of our future past. We were carefully drip-fed new worlds, characters, and storylines that were significant, meaningful, and expressive as we cast eyes upon them for the very first time in a darkened cinema room surrounded by those who understood. Yes, there were films that everyone could enjoy, and some of those films have given us great pleasure over the years, but there were others that were not for the faint of heart, or indeed the young of age, and these were the greats of cinema’s brief yet immeasurable cultural history. The fact that as a child you had to wait to watch them made them all the more worthwhile once you finally came of age.

In the 100 years since the dawn of the silver screen, we have been treated to some things that will never leave our minds, our thoughts, or even our darkest fears. But in a world where we have been desensitised to the verge of international whole-scale lobotomy, how can the big Hollywood studios allow themselves to take a step out of the relentless ‘we have to make our money back’ production line. Is the all-important PG-13 rating the deciding factor in the sweatshops of Los Angeles now, or is it just time to say goodbye to imagination and creativity and live our lives with our mouths and eyes wide open ready for the next remake, and be grateful for what little we have left? It’s a very fine margin… 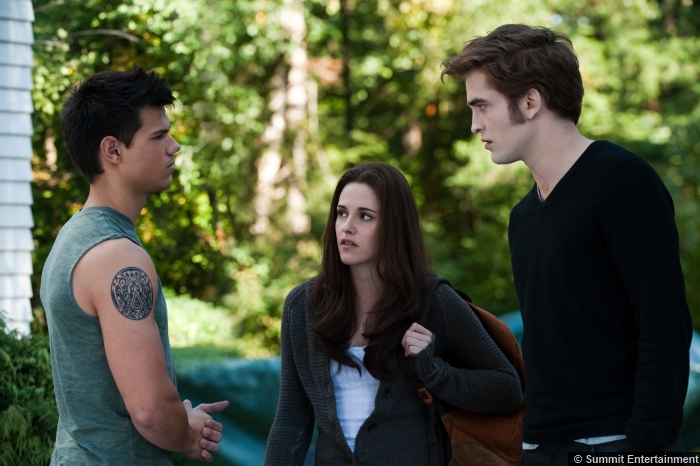 A list of the most recent sci-fi/fantasy releases shows that we are heading down a dangerous path from which we may never return, and it’s a worrying journey we’ve been taken on. But believe it or not, this is not the fault of science fiction. A 1973 Young Adult novel called ‘I Know What You Did Last Summer’ by Lois Duncan brought this disturbing turn of events upon us when it was adapted into a little-known film in 1997. Can you guess which movie franchise this went on to become? Send your answers on a postcard to I Wish I Hadn’t Seen That Last Summer, PO Box 1237, London, UK. So began a perpetual summer of studio-ripened blockbusters for the limitless number of hard-paying, pocketmoney-laden young adults who just couldn’t get enough, and those greedy Hollywood executives were more than happy to deliver. Cue: Harry Potter, Twilight, The Hunger Games, Percy Jackson, and on, and on, and on… Will this summer ever end?

There were plenty of partial eclipses during this period though and we can’t forget entirely these wonderful moments of darkness against the unrelenting glare of eye-watering, cash-greedy show business. The Matrix trilogy took us to a whole new world, in more ways than one, but perhaps left us a little empty in the end. The Lord of the Rings trilogy was everything we had hoped and perhaps more. The Dark Knight trilogy delivered on almost every level. We’ll maybe just skip the whole Star Wars thing here –there just isn’t the time or the patience right now for Jar Jar Binks and little Ani. But don’t panic. Disney is in charge now and a PG-13 might be the best we can possibly hope for. (S***!!! Everybody PANIC!!!)

But are we suffering from a polarised, almost rose-tinted view of what we could consider the defining time for science fiction? Star Wars was, of course, after all, a U-rated movie along with many films we now consider to be modern cultural classics. If we take a look at IMDB’s top 100 films, the barometer for all things good in our medium, we will find sci-fi and fantasy at almost every turn, and there are still some brilliant single non-franchised darker features that still manage to slip through the net: Inception, Interstellar, Moon, Pan’s Labyrinth, Her, Donnie Darko, and Twelve Monkeys, to name but a few. Yet in the ‘Highest Rated Sci-Fi Feature Films With At Least 1,000 Votes’, there are just three R-rated movies in the Top 10: The Matrix, Alien, and Terminator 2. The remaining seven films are within the dreaded PG-13 rating slot or below, so are we getting ourselves all bent out of shape for little reason?

Well, maybe. But this isn’t about the rating in many ways. This is about originality, creativity, and pioneering filmmaking and not just ripping the latest YA Kindle bestseller from the page word-for-word and vomiting it out onto the camera. In fact, it will come as little surprise to know that the big studios employ limitless people to advise on books that appear on the day of release to bag the next Harry Potter franchise before anyone has even bought the first copy on Amazon’s Kindle store for 99p. Studio executives clamber over one another’s broken cadavers to meet their annual targets and keep their grubby soulless jobs in a world where the trilogy is king. Get ready for Barry Trotter, the endless seven-novel epic tale of a boy dragged up on a lonely farmstead, who finds he has the power to manipulate farm animals and goes off to the magical agricultural college of Bogmorts to pursue his destiny of triumvirate potato master planter. Don’t laugh people. It’s coming, and you know it!

The risk involved with making a movie with a darkened edge is ten-fold in a time of austerity and a genuine lack of creative divergence (excuse the pun, but don’t excuse the movie of the same name) leaving us amidst an archipelago of confusion and disappointment. Where are the Blade Runners of the 21st century? Where is the next Alien going to come from? Can anyone deliver the next Matrix? Are we forever doomed to remakes, re-imaginings, and rehashes? This is a call to arms for originality against the profiteers, and we can only hope that the next Ridley Scott or Steven Spielberg will reveal themselves against a sea of troubles and by opposing end them. To die, perchance to dream through this heavy fog of studio-led sufferance and emerge reborn to a brave new world of exciting, dark, creative filmmaking from the leftfield of the industry. Perchance to dream…