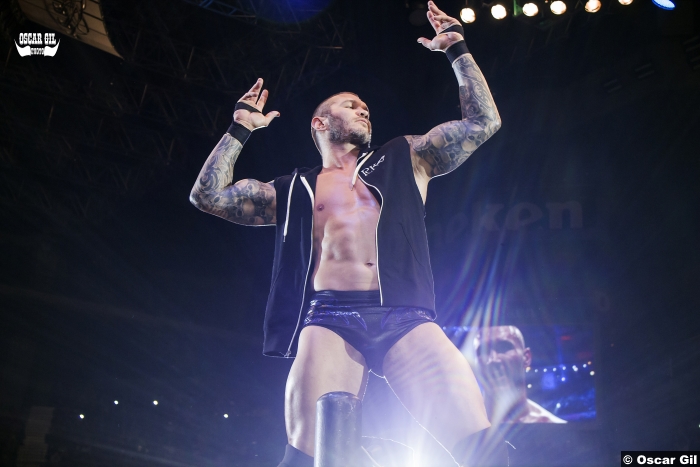 The 916th edition of WWE SmackDown LIVE came to you, live, from the Bankers Life Fieldhouse in Indianapolis, IN. Last week on SmackDown LIVE, it appeared as though the #1 Contender’s controversy was finally settled when AJ Styles defeated Luke Harper to earn the right to challenge Bray Wyatt for the WWE Championship at WrestleMania. That was, until, later that same night when Randy Orton would show up at The Wyatt Family compound with sinister intentions as, with WWE Champion Bray Wyatt watching helplessly, “The Viper” would unleash his evil plan as Orton would douse Bray’s house of worship with gasoline before igniting the entire building, burning not only Bray’s holy grounds but the remains of the fabled Sister Abigail in perhaps Randy Orton’s most demonic betrayal ever! Witnessing the destruction of all that he holds dear would send Bray Wyatt into a complete meltdown at ringside as Randy Orton would proclaim that he is coming for Bray Wyatt and his WWE Championship at WrestleMania! Now, on SmackDown LIVE, the #1 Contender for the WWE Championship at WrestleMania would look to be decided once again as “The Phenomenal” AJ Styles would go one-on-one with “The Viper” Randy Orton with the winner earning the undisputed right to challenge Bray Wyatt for the WWE Title at WrestleMania. Can AJ Styles emerge victorious from another #1 Contender’s match to get his shot at the WWE Title at WrestleMania or will Randy Orton face his former master on “The Grandest Stage of Them All”?