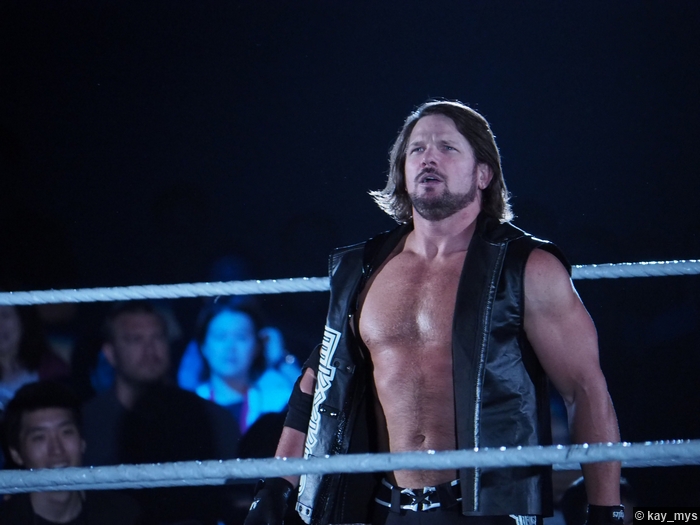 The 917th edition of WWE SmackDown LIVE came to you, live, from the PPG Paints Arena in Pittsburgh, PA. After a controversial battle royal a few weeks ago to decide a new #1 Contender for the WWE Championship at WrestleMania, AJ Styles would be put into a one-on-one match with Luke Harper to decide the #1 Contender and Styles would win this match, seemingly earning the right to challenge for the WWE Title on “The Grandest Stage of Them All”. However, later that same night, Randy Orton would burn down the Wyatt Family compound and declare that he will face Bray Wyatt for the WWE Title at WrestleMania, a match that Orton originally gave up a few weeks earlier. SmackDown LIVE Commissioner Shane McMahon and SmackDown LIVE General Manager Daniel Bryan would remedy this by making a match between AJ Styles and Randy Orton to decide the undisputed #1 Contender on last week’s SmackDown LIVE. Randy Orton would ultimately win this match to reclaim his shot at the WWE Championship against Bray Wyatt at WrestleMania. Feeling that he was cheated out of a well-deserved championship match at WrestleMania, AJ Styles would have his sights set on Shane McMahon after SmackDown LIVE concluded, leading to a backstage confrontation between the two that had to be broken up by backstage personnel! How will Shane McMahon react to AJ Styles’ actions last week? What will “The Phenomenal One” have to say about the SmackDown LIVE Commissioner?