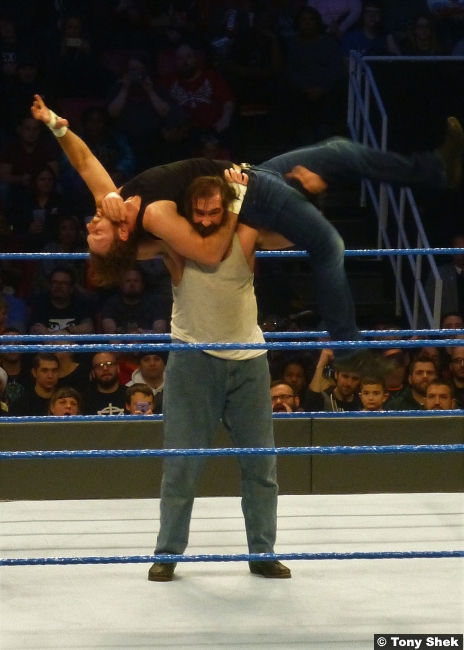 The 914th edition of WWE SmackDown LIVE came to you, live, from the Citizens Business Bank Arena in Ontario, CA. Following 2017 Royal Rumble Match winner Randy Orton’s unexpected decree last week that he refuses to face his “master” Bray Wyatt for the WWE Championship at WrestleMania, a new #1 Contender for the WWE Championship would be decided on SmackDown LIVE as the likes of “The Phenomenal” AJ Styles, sixteen-time former World Champion John Cena, the self-proclaimed “A-Lister” The Miz, former Wyatt Family member Luke Harper, and “The Lone Wolf” Baron Corbin would compete in a battle royal with the winner earning the right to challenge Bray Wyatt for the WWE Championship at WrestleMania! Who will emerge from the battle royal as the new #1 Contender and punch their ticket to WrestleMania to compete for the WWE Title?