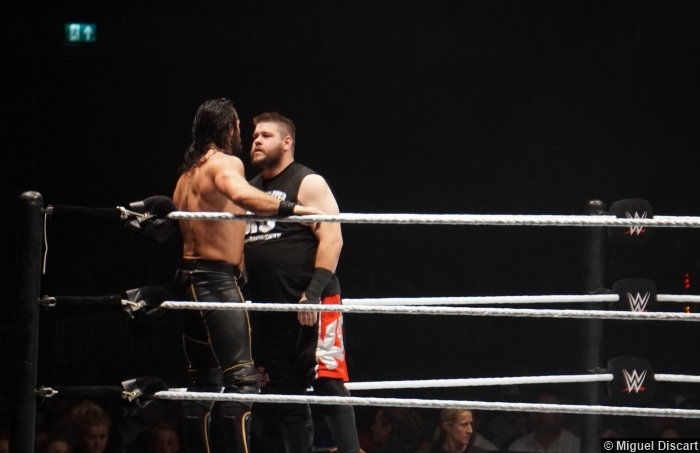 Six nights before Survivor Series, the 1225th edition of WWE Monday Night RAW came to you, live, from the KeyBank Center in Buffalo, NY. Before their surreal one-on-one match at Survivor Series this Sunday night, the iconic Goldberg would step into the ring with “The Beast” Brock Lesnar for the first time in twelve years as the two dominant competitors would confront each other face-to-face in the middle of the ring on RAW! What will happen when these two explosive Superstars are in the same ring at the same time just six nights before Survivor Series? Also on RAW, with the trio of Traditional Survivor Series Elimination Tag Matches between RAW and SmackDown LIVE coming up this Sunday, SmackDown Commissioner Shane McMahon and SmackDown General Manager Daniel Bryan would both make a special appearance on RAW as per the request of RAW Commissioner Stephanie McMahon and RAW General Manager Mick Foley. What will go down when the management of RAW and SmackDown confront each other on RAW’s turf?