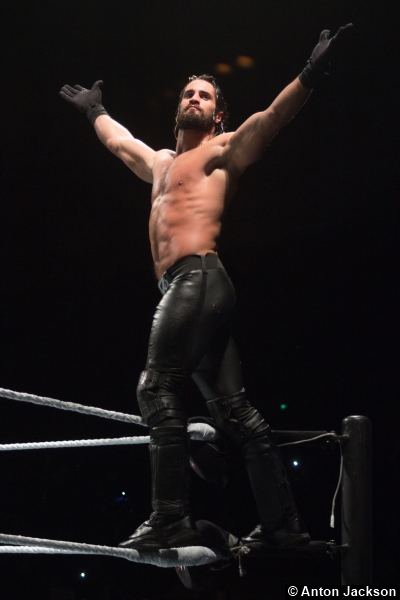 The 1205th edition of WWE Monday Night RAW came to you, live, from the Amalie Arena in Tampa, FL. Last week on RAW, a one-on-one match between Seth Rollins and Roman Reigns to determine the new #1 Contender for Dean Ambrose’s WWE World Heavyweight Championship ended in a double count-out, leaving “The Lunatic Champion” without a challenger for Battleground. Shane McMahon would come out to remedy this situation, but Dean Ambrose would volunteer himself for a Triple Threat Match, opting to defend the WWE World Heavyweight Championship against both Seth Rollins and Roman Reigns at next month’s Battleground event! This prompted a confrontation between Dean Ambrose and Seth Rollins on SmackDown where Rollins narrowly escaped being spiked with Dirty Deeds at the hands of the champion. With both Superstars likely to be on RAW, what else will go down before the Triple Threat Match for the WWE World Heavyweight Championship at Battleground?