Review of the first two episodes of Fear the Walking Dead

Fear the Walking Dead is set in Los Angeles just before the beginning of the zombie apocalypse. When The Walking Dead began, we spent the first few minutes of the show pre-apocalypse, but it wasn’t long before we were thrust into this world where the living were hard to find. Rick Grimes, TWD’s main character, gets shot and wakes up an unspecified amount of time later and discovers a world completely overrun by the walking dead. Though we don’t know how long Rick was unconscious, we do know the world changed in a drastic way while he was out. You can’t help but wonder what the onset of this outbreak looked like, but TWD doesn’t go back and give it to us.

Fear the Walking Dead seems to be about filling in the gap between when the zombie apocalypse started to when Rick wakes up to a changed world. The first episode begins in a way you wouldn’t expect if you’re a fan of the original show. The Walking Dead is known for relentless suspense and scenes that keep your heart pumping, but Fear the Walking Dead begins its first episode with only the briefest scene of a zombie eating a person before introducing us to a dysfunctional family that we’ll get to know much about in the opening episode. 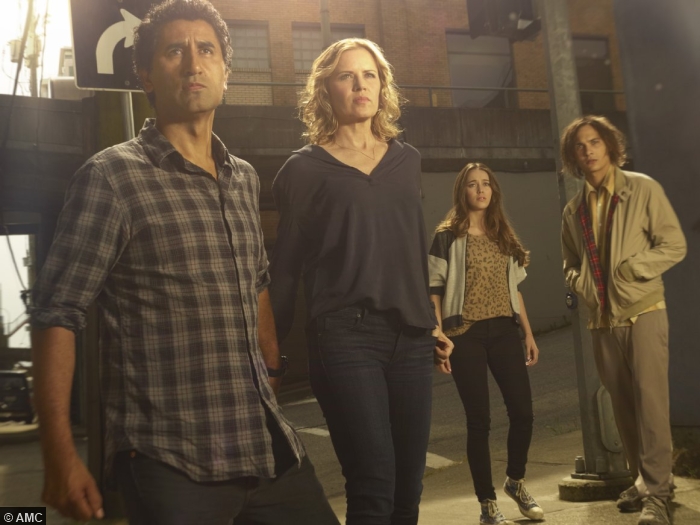 The pilot episode felt slow, especially in comparison to episodes of TWD, and at first I thought it was a weakness of the show. Fans of TWD, it would seem, want another show that’s filled with the relentless intensity of people trying to survive in impossible conditions. That’s not what we find at the beginning of the FTWD. After think about the episode for a few days, however, I came to realize that the slow burn of the first episode was one of its greatest strengths.

Fear the Walking Dead introduces us to a world that is normal, a world before zombies overran the planet. It’s eerie when you think about it because we know that most of the people we encounter on the show in the first episode will end up becoming flesh-eating zombies. FTWD takes the time to introduce us to a normal family with all of the problems and complexities a normal family entails. You have the strung-out drug addict, his coddling mom, the mom’s live-in boyfriend, and the rebellious sister. What the writers of FTWD are trying to do is to get us to care. They’ve grounded this world-wide apocalyptic change to one family who experiences it all.

Fear the Walking Dead works because it takes us back to the beginning, but taking us back to the beginning also reveals some of its flaws. My biggest hope for a prequel show for The Walking Dead was an explanation of where this thing came from. Who was patient zero? Where did this insane virus that reanimates dead corpses come from. So far, it looks like answers to that question won’t be coming. We’re just shown the beginnings of the outbreak in isolated attacks. 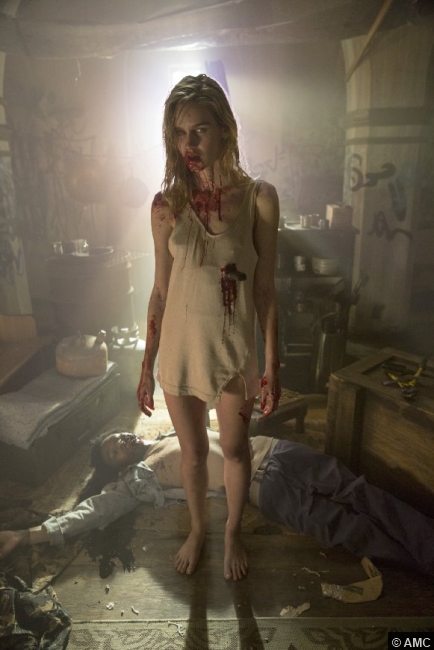 Of course, The Walking Dead is probably holding the secret what started this thing off until that show ends. Fair enough. I get that. However, there’s another glaring problem with Fear the Walking Dead, and that is the nature of the disease itself.

Remember the big secret at the end of the first season of The Walking Dead? It wasn’t revealed until the end of season two. The virus which causes the dead to come back to life isn’t just passed by bites or scratches from the affected. Everyone is infected. When a corpse dies, it comes back, reanimated and ready to eat.

Only the CDC knew this in The Walking Dead, but when I watch Fear the Walking Dead, I keep asking myself, “How do these people not figure out that death equals zombification?” When Calvin dies in the first episode from a gunshot, he automatically comes back. He hasn’t been bitten. Hasn’t been scratched. Nick, who shot Calvin, should have been able to figure this out pretty quickly. As should have his mom and her boyfriend Travis. The big secret of the first two seasons of The Walking Dead seems so blatantly obvious in the show that shows us the beginning of the zombie apocalypse.

Now, maybe people don’t witness enough deaths without zombie involvement at the beginning that it doesn’t become widespread knowledge. That seems possible. It’s not a huge flaw in that it doesn’t stop me from enjoying the show. It just seems a little inconsistent.

Regardless, Fear the Walking Dead seems to be an interesting look at the beginning of the zombie apocalypse from a fresh angle. It will be interesting to see where the show goes and where it connects to The Walking Dead.