On this week’s installment of Sad Victorian Monster Squad, everyone is still separated, which is going to be a problem, since a certain big bad vampire is now lurking around the edges. Also, Vanessa can’t catch a break, but we should be used to that by now. [Note: Here be no dragons beneath the cut, but there are spoilers.]

If you’d missed Dorian and Lily last week, they’re here for you in the first scene. They are having a mysterious night out, made more mysterious by the host at their destination asking, “You are aware, sir, of the extremity? I mean, sir, the illegality. I mean sir, we butcher ’em.” Dorian assures him that that lovely description is what he’s paying for and then he and Lily are shown into a room where everyone’s seated in a semi-circle. Lily is the only female spectator. The rest are all upper class men. There is another man in the room who looks like an executioner on date night at the S&M club and he’s standing in front of a rack of some intimidating-looking tools. And just as you’re wishing you were back in Kansas, a blindfolded, naked woman is led into the room. It appears we’ve been invited to an IRL snuff film. Or a scene from one of the later Purges. How charming.

Thankfully we don’t have to witness much of the scene, as Dorian and Lily shoot and stab everyone before Lily kneels next to the girl and tells her, “Now. You are mine.” 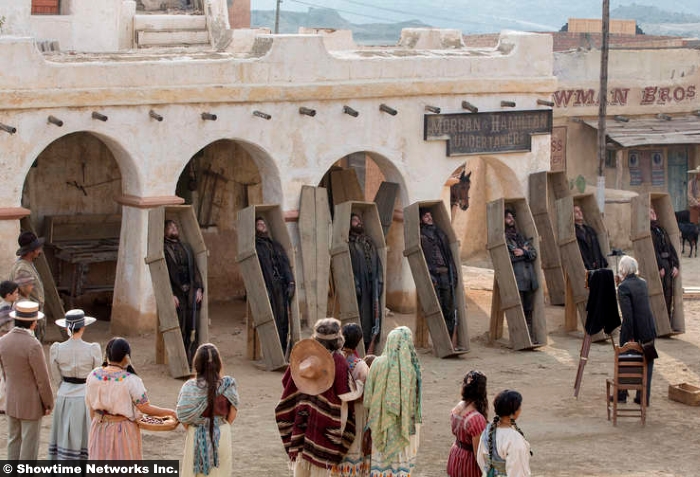 Over in the New Mexico territory, Federal Marshal Franklin Ostow is very upset that his prisoner done r-u-n-n o-f-t. Inspector Rusk is not exactly thrilled about it either. But like a terrier with a bone, he’s not going to rest until he sees Ethan hang. He’s even got a hunch toward Ethan’s final location, a town called Cascabel that just happens to be in a ginormous pink section of the map marked “TALBOT RANGE.” Hmm, I think he might be on to something!

None of these men notice sneaky Hecate sitting outside the office, pointedly eavesdropping, but she is, and she scampers off carrying a crossbody bag that came straight from the 21st century. Her magic is good!

But not as good as ours, because we’ve teleported back to London, to check in with our Miss Ives, on her second visit to the alienist. Renfield could not be any more obvious or awkward in his dealings with her, but luckily for him, Vanessa probably has that effect on a lot of men, so she doesn’t seem to notice. Later, Dr. Seward informs her that she records all sessions, which makes Vanessa visibly nervous. How can you forget anything when there’s a record of everything? Vanessa would not have liked social media. Dr. Seward asks why she’d want to forget anything, to which Miss Ives answers, “Who wants to remember their shame? Or sin? Or, or foolishness?” In true therapist fashion, Dr. Seward wants to explore that. Particularly the sin part. She ends up confessing her indiscretion with Mina’s fiance and I’m sure that recording will never ever come back to haunt her. 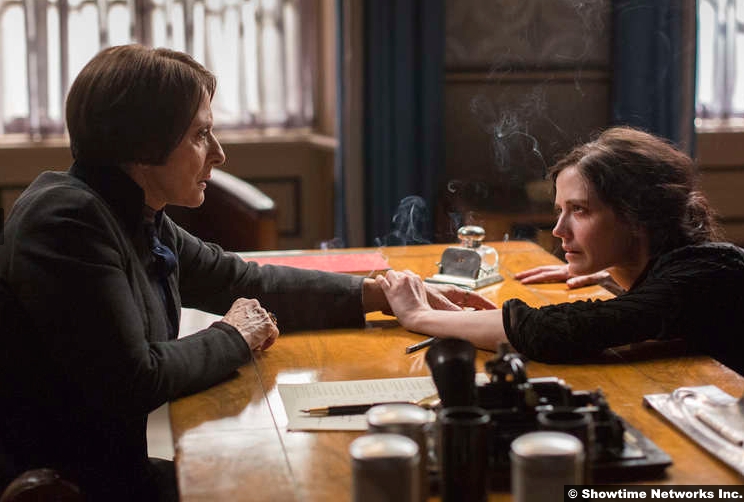 Speaking of bad ideas, Doctors Frankenstein and Jeckyll are still hanging out. It turns out that Dr. Jeckyll does his experimenting through his job at Bedlam, the nervous hospital, where he has an inexhaustible supply of subjects.  It’s just as it sounds. If I were to tell you that Dr. Jeckyll’s lab is a windowless cave beneath an asylum and the star attraction is a barber’s chair to which he has made his own personal modifications (read: restraints), you’d likely say, “Yeah, that checks out.” But Victor is so down with love that he doesn’t see all the wildly flapping red flags around his old friend. From the  way he describes the patients’ dreary lives without a shred of empathy to the offhand comment he makes about how he likes to look into their eyes while he works to his previously stated aim to tame Lily, this guy’s a creep.

Sir Malcolm cables home to Vanessa his plans to travel to the States, while Kaetenay’s plans for Ethan remain a little fuzzier. It seems that Ethan wolfed out and killed a bunch of Kaetenay’s people, but rather than kill Ethan, Kaetenay found it more satisfying to let him live with his shame and guilt. Their connection is obviously deep, as Kaetenay is able to project himself into Ethan’s consciousness. He knows where Ethan is now, but now Ethan knows he’s coming. 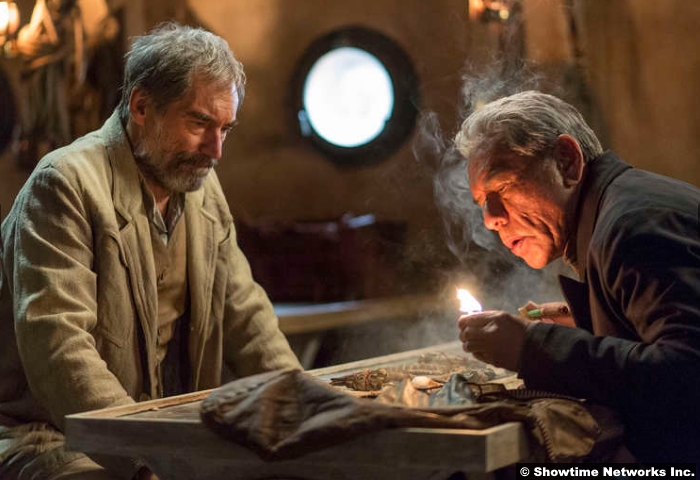 Meanwhile, the young lass from the first scene is waking up in Dorian’s mansion. I called her a woman before, but in the daylight, it’s easy to see that she’s very young. She could be a teenager. The exact plans Lily and Dorian have for her are unclear at this time, except that they involve bloody revenge.

After her session with Dr. Seward, Vanessa is once again given homework, this time to do something that makes her happy. She makes a beeline for the Museum, where Dr. Sweet is giving a lecture. Their interaction afterward is just as flirty and cute as last week, save the weirdness of his forgetting her name, and it’s almost unnerving to see Vanessa smile.

Our bold Miss Ives ends up inviting him on a date, to a production of 20,000 Leagues Under the Sea. If it all seems too good to be true, that’s because it is. Dr. Sweet, as it turns out, is actually the big bad himself. I guess Dr. Alucard would have been too obvious. 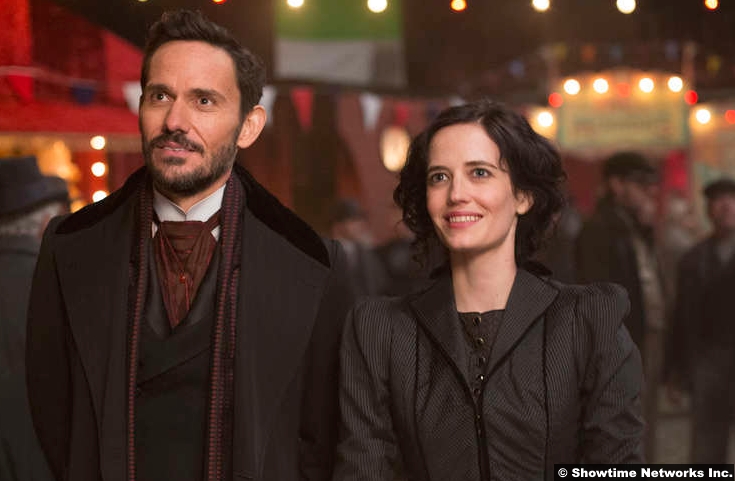 Back in these United States…ish, Ethan’s captors stop to resupply. They should be spending less time concerned with water and more time looking at the moon, because it’s as full as my heart is whenever Ethan wolfs out. And so he does, dispatching his captors with the help of that sneaky Hecate, now in her Nightcomer form. With that, the wolf is loose.

8/10 – This week’s episode suffers a bit from being as sprawling as last week’s, but there’s still a lot to like, including the reveal that the Wolfman’s (ex?) girlfriend is now keeping time with Dracula.