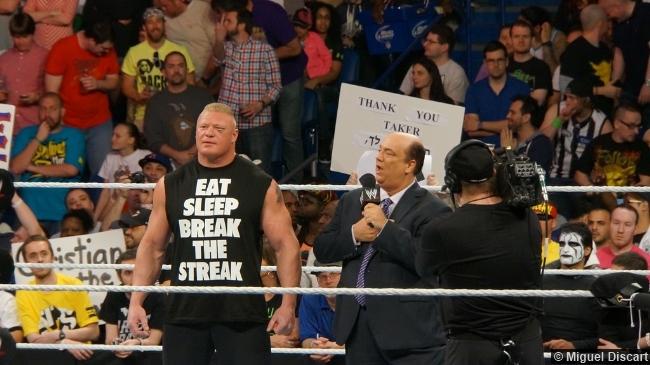 Ten nights before WrestleMania, the 866th edition of WWE Thursday Night SmackDown came to you from the TD Garden in Boston, MA. A week from this Sunday at WrestleMania, Dean Ambrose will be in for the fight of his life when he collides with “The Beast” Brock Lesnar in a No Holds Barred Street Fight at “The Show of Shows”, but before this epic collision takes place, “The Lunatic Fringe” stayed true to his moniker last week when he called Brock Lesnar out for this week’s SmackDown! “The Beast” is reportedly scheduled to be on hand for SmackDown, but will we see a WrestleMania preview between Ambrose and Lesnar or will Brock opt to save the fight for WrestleMania?