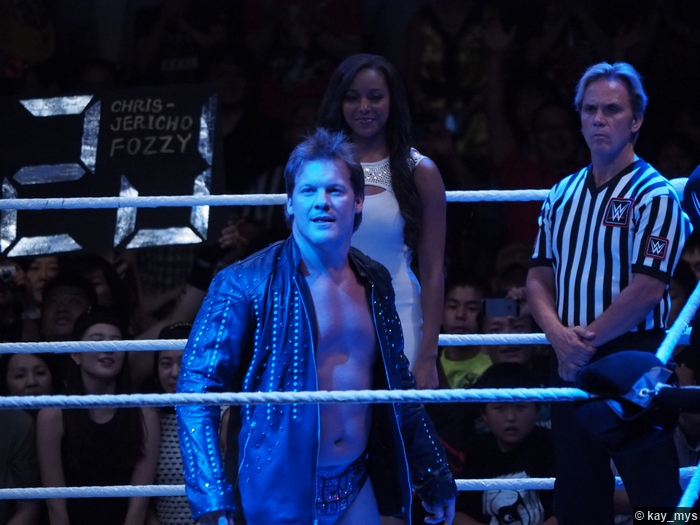 With seventeen days to go before WrestleMania, the 865th edition of WWE Thursday Night SmackDown came to you from the U.S. Bank Arena in Cincinnati, OH. After nearly a month on the shelf to recover from nasal reconstruction surgery resulting from a savage assault at the hands of WWE World Heavyweight Champion Triple H, Roman Reigns would return with a vengeance on RAW as the #1 Contender for the WWE World Heavyweight Championship at WrestleMania would brutally attack the WWE World Heavyweight Champion as Roman would pummel “The Game” throughout the arena, using anything that was not nailed down to try and destroy Triple H, even smashing a TV over the back of the champion! After all was said and done, a group of Superstars, including his cousins The Usos, would finally calm Roman Reigns down as Triple H was escorted away from the scene to get his head stapled and shards of glass removed from his back as a result of the enraged attack. Now, for the first time since he tried to destroy Triple H on RAW, Roman Reigns would make an appearance on SmackDown to address his WrestleMania opponent.