The plot? We are introduced to a strict Puritan family who is cast out of their settlement in 1630’s New England for their overly pious beliefs. Out of options, they resort to farming in a remote, desolate area. In their monastic solitude the family is soon visited by a supernatural Witch living in the woods who forces them to unravel and come apart at the seams. 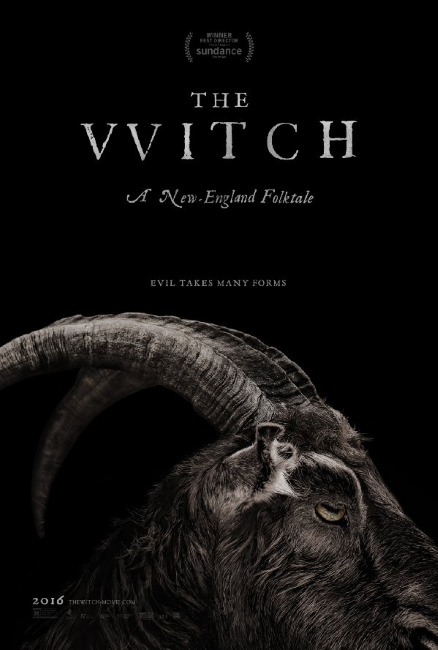 On a technical level The Witch is commendable for its historical accuracy and attempt a horror period piece. The production design of the wooden house, the Plymouth settler clothing, and the attention to detail with the 1600’s dialogue are entirely commendable. But even with all its pleasing aesthetics the movie can’t seem to break from its spell of a disjointed plot, a collection of half-baked themes and displeasing characters.

There are glimpses and hints of atmospheric terror sprinkled throughout the film like the beginning shots of the demonic presence in the woods. What follows however are formulaic idiosyncrasies that aren’t engaging enough to keep the viewer interested. The farm animals milk turns to blood, the family’s newborn baby goes missing, and the goats start jumping up and down on their hind legs. Eggers is clearly a director that believes in slow burning tension without revealing too much. This old school filmmaking technique of less is more can often prove successful, but only if it’s handled in the right hands.

Unfortunately Eggers direction clouds the movie with nugatory scenes that don’t get us anywhere. The beginning of the film holds some weight, but soon the Witch is treated as a nonentity with more importance on the crumbling relationships within the family. Scene after scene is setup that provides little to no payoff. The father squabbles with his wife, the daughter squabbles with the young twins, and that barnyard animals stare blankly at the screen. The director’s attempt to set a mood can’t work because we’re constantly hit over the head with languorous pacing. About one-third of the movie in and the audience has lost interest. About two-thirds in and we’re looking at our watches trying to count down the minutes the credits will finally start rolling. 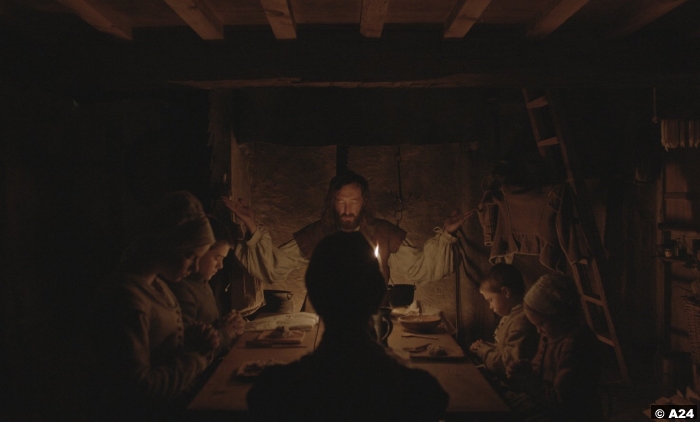 While the pacing is horribly sluggish the theme of the movie is irritatingly sporadic. Every idea presented here seems to be shortchanged. There is a moment when the daughter in the family, Thomasin, is falsely believed to have supernatural powers. It conjures up images of the Salem Witch Trials which put improper blame on innocent individuals; something we can relate to. Unfortunately the idea is never fleshed out and the concept of paranoid accusations is left on the backburner for laughable scenes in which goats impale humans.

The saddest thing here is that the cast looks to be putting in 100% with their efforts largely wasted. One of the few highlights of the movie is Anya Taylor-Joy performance as Thomasin, which is amazingly authentic as a young woman mistreated by her family. The rest of the cast, comprised of surprisingly talented child actors, do what they can but it isn’t much. The movie makes the idealistic decision to have all the dialog in 1600’s dialect which is at the same time impressive but incredibly jarring to the audience. The movie would have benefited from placing subtitles on the bottom explaining what each conversation was yammering on about. 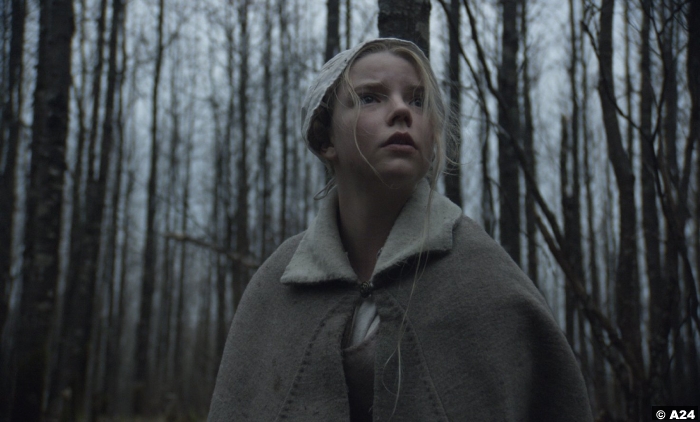 As the last few minutes of Robert Egger’s stuffy horror movie The Witch come to a close, the audience is left sitting in the cinema quietly subdued and perplexed as to what they just spent the last hour and a half watching.

The film can’t make up its mind if it wants to be a character study of isolation and hysteria or a supernatural terror. As a horror The Witch fails in that it’s not scary. As a drama the movie suffers from characters that just aren’t relatable. The film is about 90 minutes of laborious acts of the mundane with an occasional supernatural jolt that comes too late and too far between.

The Witch has all the pieces needed to make a convincing psychological horror, but the end result is an amorphous mess. The movie ignores cliché horror tropes like cheap jump scares, but it doesn’t understand how to substitute them with convincing atmospheric buildups. Instead it wastes its time on gorgeous set production and cinematography, which don’t mean a thing unless they’re filled with characters and a plot we care about. In the end The Witch pales in comparison to psychological horrors of past like The Shinning or Rosemary’s Baby because of its confusion and fascination with the mundane. By the time the credits start rolling you’ll be thinking that a Witch had put a spell on you for not walking out sooner.

4/10 – Robert Egger’s attempt at atmospheric horror is a dull mess that will have you constantly looking at your watch.