A discussion on Revenant (spoilers) and Leo DiCaprio’s Oscar snubs

Let me say at the outset, while I’m sure Leonardo DiCaprio would love to be recognized as the Best Actor of the year, he’s an artist and not a slave to such simple ambitions. A lot of what I say about his desire to win is in jest.

The very last shot of DiCaprio’s latest “great movie that surely will win him the Oscar” features the actor turning to look directly into the camera. His eyes lock on to ours as if to say “is this enough?” Maybe it finally will be because his performance in this movie is one of the most powerful of his career. 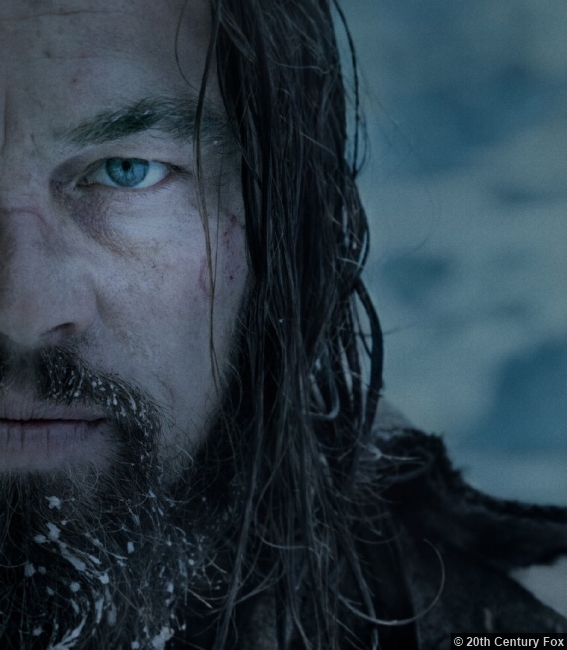 It probably starts back over a decade ago with Catch Me if You Can, Spielberg’s 60’s-set romp with Leo playing real-life Frank Abagnale. It was perhaps DiCaprio’s first serious role (not counting What’s Eating Gilbert Grape), with Gangs of New York soon to follow. DiCaprio wasn’t even nominated for his role in the movie however, and the Oscar went to Adrian Brody for his performance in The Pianist.

Leo’s work in 2002’s Gangs of New York was his first collaboration with Martin Scorsese and his role as Amsterdam Vallon was highly acclaimed. 2002 was the year where DiCaprio shed the boyish image he made famous in Titanic and told the world he was committed to being a serious actor. Still, he was denied the Oscar, and as with Catch Me if You Can, he wasn’t even nominated.

Two years later, with his incredible work in The Aviator (his next Scorsese team-up), DiCaprio finally received an Oscar nomination. He was considered to have an outside chance to win, and while the Academy loves a biopic and especially a biographical acting performance (with Leo playing the role of Howard Hughes), they went with the more commercial bio-pic and gave Jamie Foxx the award for his work in Ray.

Another two years passed and with it came another Scorsese film. This time it was The Departed, where DiCaprio shared the screen—and held his own—with icon Jack Nicholson. He gave a brilliant performance in Christopher Nolan’s brilliant movie Inception and that was followed up a coupe years later by a remarkable turn in Quinton Tarantino’s Django Unchained. Though all performances were critically acclaimed, none landed him an Oscar nomination. In fact, he was submitted to the Academy for his work in Django Unchained, in the Supporting Actor category, but they instead chose to nominate Christopher Waltz for his work in the film…and then they gave him the award. 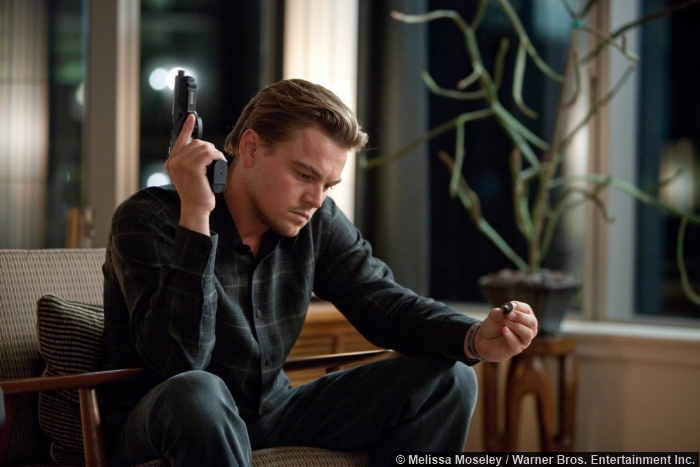 It’s been two years since then and with Revenant, DiCaprio returns to the silver screen with another critically acclaimed performance within a critically acclaimed movie. It’s also another bio-pic, at least so far as it’s based on the experience of American-frontier explorer (and fur trapper) Hugh Glass. This time it’s not Scorsese behind the camera, but Birdman director (and last year’s Oscar winner for Best Director) Alejandro G. Iñárritu.

All the stars are once again aligned for him. Will this be the year?

With his performance here, DiCaprio has shown the insane lengths he’s willing to go. And really, enough’s enough. It’s getting a little silly now. Just let him win. I mean Cher has an Oscar. Three-Six-Mafia has an Oscar. The joke’s over.

Leo’s physical transformation and general appearance in the movie is remarkable. To start with, even at the beginning of the movie, when all is well, he (along with the rest of the cast) is filthy. His hair is mud-caked and stringy, his beard unkept. These are frontiersmen of the truest kind and DiCaprio truly disappears in the part.

The now-infamous bear attack happens fairly early on in the picture and serves as the true beginning of the plot. The scene itself is stark and brutal. I have to believe a lot of CG was used, and perhaps men in suits, but whatever techniques they used, they used them masterfully. It is chillingly raw and real.

As a result of the bear attack, DiCaprio’s Glass is near-fatally wounded. His party carry him on a makeshift stretcher as far as they can go, but they are also being pursued by Arikara native Americans who are hellbent on finding and killing the invaders of their land. The party decide to leave Glass with three volunteers until he dies (this decision comes after they almost shoot him like an injured horse, but can’t for the inhumanity of it), at which point the party will have arrived at a nearby military fort where they will return for the trio. The trio is comprised of Glass’s son—a Pawnee named Hawk—as well as the eventually-famous Jim Bridger and Tom Hardy’s character, John Fitzgerald. The general in charge of the endeavor promises $300 to Fitzgerald if he sees to it that Glass is watched over until he either dies on his own or until a group from the Fort returns. 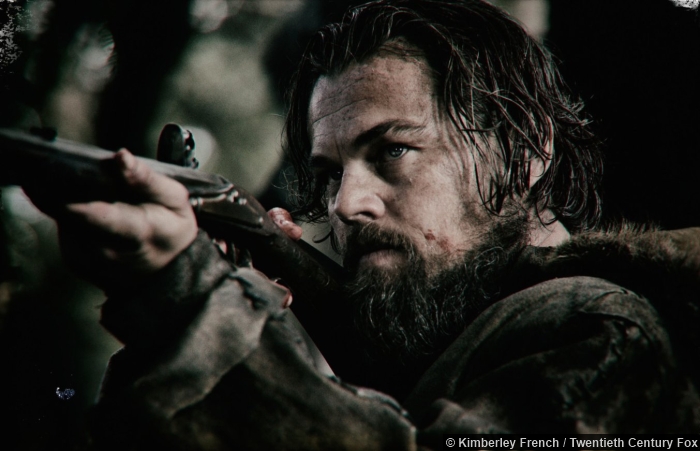 As soon as the party leaves, however, Fitzgerald attempts to kill Glass and then, when Hawk discovers him mid-act, kills Hawk (in full view of the immobilized Glass) and leaves Glass to die in a makeshift grave. It is here where DiCaprio’s performance goes from good to other-worldly. Glass crawls out of the grave, and continues to crawl for miles, eating whatever he can get his hands on to survive. Eventually he regains enough strength to hobble, then later limp and by the end of his journey he almost can walk normally. But for the vast majority of the picture, DiCaprio literally crawls for miles across the frontier landscape.

Hardy’s Fitzgerald returns to the party and collects his ill-gained $300 dollar reward. He makes plans to head for Texas when Glass staggers back into town, setting up the film’s climax. 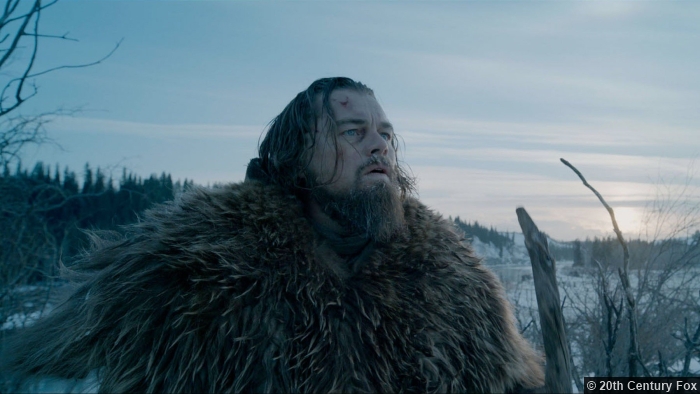 The sheer amount of physical work DiCaprio puts into the film is mind-boggling. He eats a raw bird, a raw fish and a part of a raw buffalo; I’m not sure if it was meat or an organ of some kind. I dunno, it was dark and I don’t want to think of it too much. He also crawled inside a horse’s cadaver in order to keep warm and once again I had to remind myself it couldn’t have been a real horse’s cadaver. Surely PETA would have stroked out if they’d tried that. But then I think…Leo really wants that Oscar. It’s a tour de force and an acting performance (almost entirely unspoken for the majority of the picture) that will be talked about for years to come. Considering the field of potential Best Actors is thin this year, if Leo doesn’t win it he’s never winning it.

So of course: Congrats on your Academy Award Tom Hardy.

Revenant review: 9/10 – Setting apart the lead performance, everything else is very good. If you are okay with gore, this is a great film, once again showing that Iñárritu is one of the best directors in Hollywood. This is Leo’s movie though, and he carries the picture better than any he’s ever been in.