Is 2016 the year of NX? Nintendo’s not saying, and that’s the problem.

There is no video game company currently on the market today with more history than Nintendo. And yet, despite having so many varied hits and misses over the years (with more hits than misses to be sure), Nintendo remains the most secretive of all video game companies. Even back in the heyday of the 16-bit war with Sega, their arch-rival was quick to reveal future plans and push their latest piece of hardware. Not Nintendo: They kept a lid on everything for multiple reasons. For one, they have felt—and still do—that a big surprise reveal was better than a drip-drip slow and steady tease over the course of several months. For another reason, they have always been about innovation in the marketplace and as such are extremely paranoid that some company is going to come along and release a knock-off of what they hope to be their latest “it” toy.

The 16-bit wars are long over, but Nintendo’s secretive nature remains in tact. In fact, now that the company is struggling with sagging Wii U sales and a 3DS that is under-performing compared to the mammoth DS from the previous generation, Nintendo is more paranoid than ever that their next “next big thing” will be revealed too early, killing any buzz they hope to get out of it.

But it seems this time that Nintendo’s secretive, closed-door nature is coming back to bite them. Last month was filled with rumors and “scoops” from video game websites that claimed to have seen pictures of Nintendo’s latest home console controller. Since at least the days of the N64 Nintendo has put most of their creative and R&D energy into their controllers. While Sony is content to just revise the standard Dual Shock controller, and Microsoft seems to have found a style they like with their XBOX line, Nintendo has never been content with repeating what worked in the past. With the N64 they introduced the control analogue stick onto the home console world. With the Gamecube they innovated again, albeit in a less industry-changing way, by presenting a button layout unlike any other (one giant A button surrounded by smaller B, X, Y buttons). The Wii of course offered their most daring change-up, as it used a motion control remote control-like device. With the Wii U the company merged the tablet-craze, that was just starting to become common place in households, onto a traditional game controller set up.

Sometimes these innovations work: The N64 control stick became an industry standard. Sometimes they don’t work: The Gamecube’s button layout never caught on. Sometimes they work but only as a niche: The Wii remains Nintendo’s biggest home console seller, but it was clearly a fad. And sometimes they work in practice but no one cares: That’s certainly the case with the very functional and handy Wii U gamepad. Not one to go backwards or look as though they are retreating from their mantra of innovation, their next home console (codenamed NX) is promised to offer yet another “unique gameplay experience.” But what does that mean?

That brings us back to the supposed-leaks that took place last month. First there was this image that circulated on twitter and was picked up by Nintendo-themed websites: 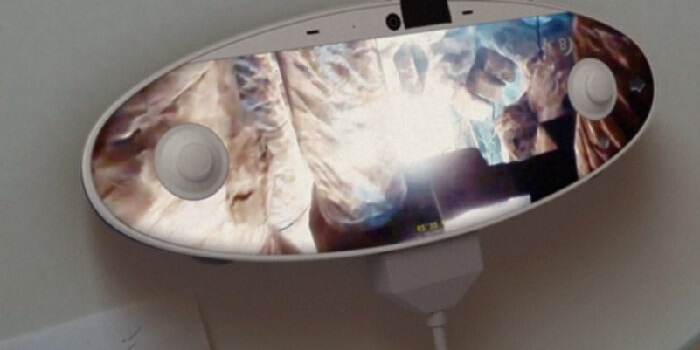 Skepticism about the authenticity of the image itself was at least as hotly debated as the actual object in question. But when a follow up image was released—one with much better quality—people began to seriously consider that this was a genuine leak and that we were looking at, at least a prototype of the NX controller: 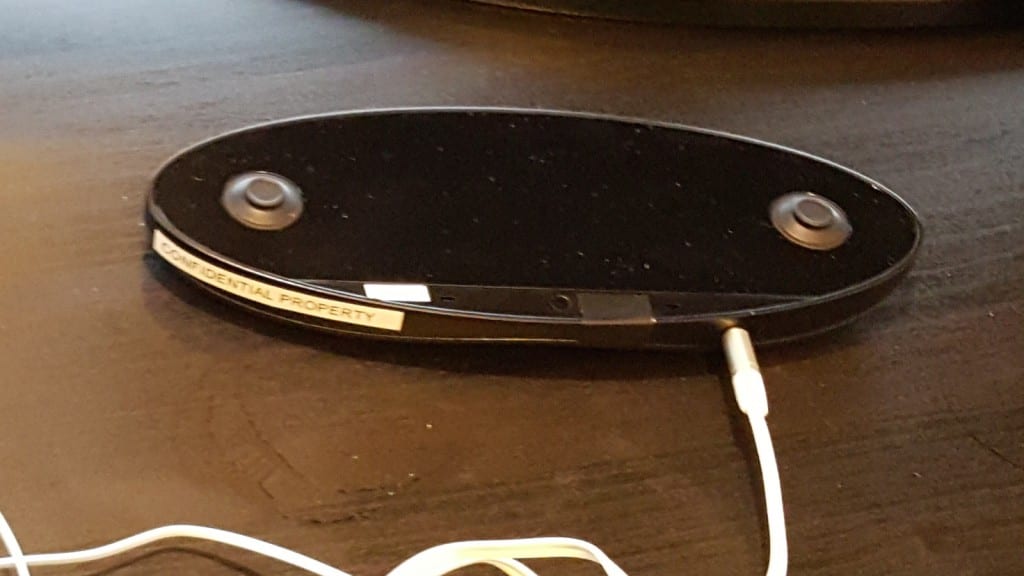 There’s no source on those images, because they were released anonymously. The second one in particular looked “real enough” that it had a lot of people convinced.  Eventually, however, both images were exposed as fakes (the creators exposed themselves, in fact). They were based off of a patent image that got some buzz last year, purporting to show a controller-like device with touch-input and no facebuttons: 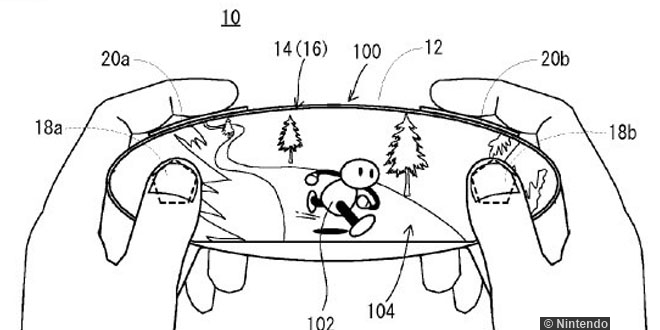 The fact that this is a Nintendo patent does not mean that the image shows what their new controller would be like. There have been dozens of patents like this one that Nintendo (and other video game companies too) has acquired, without ever doing anything with them. For example, in the years between the release of the Gamecube and the Wii, Nintendo acquired numerous patents for video game input devices but the Wii’s motion control remote ended up being based off an entirely separate design that they bought in secret.

Is it possible that the above image describes at least the functionality of the NX input? Certainly. But it’s highly unlikely that it will be an object shaped like a car’s rearview mirror. The fake images alone show how impractical the device would be to hold for much longer than a few minutes. But again, it could be the case that Nintendo is planning on evolving the Wii U’s gamepad idea into a device that is entirely a touchscreen (though perhaps one with handles and a more ergonomic design), with no physical buttons to speak of.

How could they do this? How could the company that innovated the marketplace with the cross-shaped directional pad and the now-standard “ABXY” cross-shaped face button layout abandon that for an entirely touchscreen experience? Mobile phones use inputs that are entirely touch-based, but mobile games aren’t as intuitive as FIFA or Call of Duty or Legend of Zelda. Taking away buttons seems like the biggest mistake Nintendo could ever make.

The above image (courtesy of Tomshardware.com) shows what looks to be a phone with bubble-like buttons across the face of it. Actually this is a touch screen. The buttons are created via a technology called “haptic feedback.” From the above website:

This company’s tactile method uses a special layer that replaces the top-most layer (window, cover lens) in a tablet’s optical stack, and matches the thickness of the previous tablet component. Sitting above the touch sensor, this patented “Tactile Layer” uses microfluidics, which are small fluid channels that are routed throughout the layer. This fluid will expand the top polymer layer to create physical buttons. A small Tactile Controller is connected to the Tactile Layer, which controls the state of the buttons.

Thanks to this technology, users can push and type or rest their fingers on the liquid-based buttons just like they do with a physical button or keyboard. And when the buttons are disabled – such as when the user is done typing in a Website URL – the buttons recede back into the screen. There is no evidence that they ever existed: the tablet will have a smooth, seamless flat touch-screen with maximum viewing area.

Imagine the possibilities! A video game controller could be entirely touchscreen (displaying a DS like “second screen” experience or a Wii U like “portable screen” experience) that simply creates the buttons needed for each specific game at will. If you’re playing a fighting game it could produce the Street Fighter standard six-button layout. If you’re playing Madden, it could produce an eight button layout. A game like Mario could produce a four-button layout. The options become literally endless. Instead of configuring a game to a set number of buttons on the controller, you can configure the controller to the specific game.

This technology has been around for a while now but it’s only recently become cost-effective enough that Nintendo could afford to make it standard on a controller. Could this be what Nintendo is working on? There are rumors, but that’s all they are. Those rumors have given way to creative and devious minds on the internet that have fooled us and worked us into a frenzy on more than one occasion. The only way to stop the rumors is for Nintendo to finally unveil what they are working on.

Another rumor is that Nintendo is set to cease production on the Wii U later this year. The Big N has denied these reports, as they have in the past when they were made about the Nintendo Gamecube (which turned out to be true). If true, it would certainly indicate that Nintendo is aiming for a 2016 release of their next system. Again, the rumors will persist as long as Nintendo remains their secretive self. E3 is still three months away. Can Nintendo wait that long? Maybe. But something big needs to be announced then, or they will only make things harder for themselves to win people over as we head into the big autumn/winter shopping season.

Whatever Nintendo is planning, it promises to be something innovative. Let’s hope it’s something appealing too, whatever it is behind those closed doors.