Lifetime sales of Nintendo’s Wii U console have exceeded 12 million. That’s…not good. I mean it’s good in terms of how horrible the outlook was just a few months after the system launched, but when compared to previous Nintendo consoles it’s not a great number. Nintendo claims it as a victory since it means they are hitting their sales targets, but what does that say about their expectations when their sales targets are so low?

The system was never going to replicate the lightning-in-a-bottle success of the Wii (which sold over 100mm units), but right now it looks as though it won’t even sell more than the Gamecube (which sold over 20mm units). It looks right now like the system will end 2016 having sold about 15-16 million consoles, which would be about half of the number the N64 sold. That’s as far back as I’m going to take things, since that was the first console to disappoint for Nintendo (the original NES and its successor the SNES both sold over 50 million and won their respective generations).

So considering that the N64 and the Gamecube were both considered failures for Nintendo, the Wii U has to be considered a failure on its own level. The system has some killer games and those who do buy it have praised it, but it simply hasn’t caught on as either a casual video game system like the Wii or as a hardcore alternative system like the Gamecube. In the early 2000’s the PS2 dominated the industry, but Nintendo was able to carve out a niche for itself by selling the Gamecube at almost half the price of Sony’s machine. By doing so, they turned their hardware unit into an affordable “second system” for Sony players. With the Wii, the system was an instant smash hit and was bought by people who never bought video game units, except to buy them for their kids and grandkids for Christmas. With the Wii U, Nintendo tried to replicate the success they had with their last two consoles. They created a powerful-enough system that they marketed as the next Wii. Unfortunately they failed to attract either audience and are left with a system that only appeals to Nintendo’s most loyal supporters.

2016 is here and Nintendo has said they have big plans for the year. Let’s hope so, because they need more than just some AAA titles. They need something big. What do they have cooking? Let’s break it down: 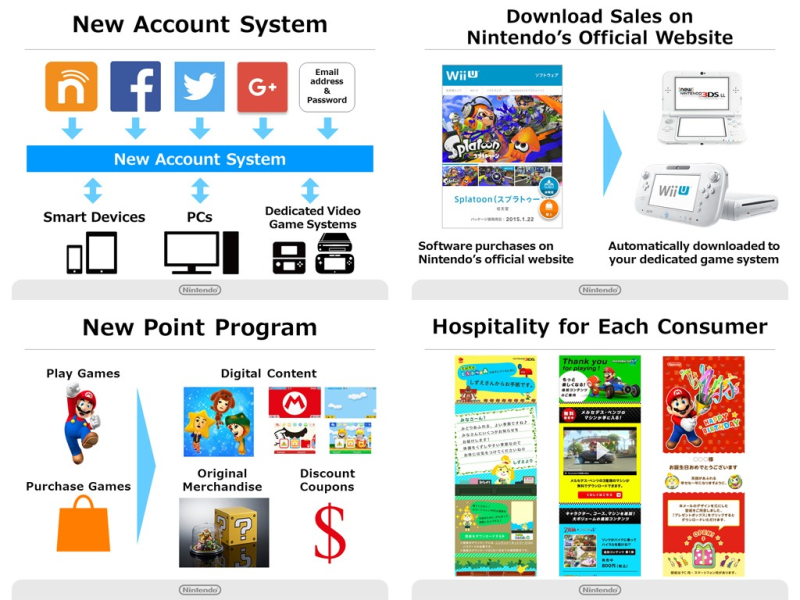 Nintendo will probably never be on the level of Sony or Microsoft when it comes to user friendly accounts. Microsoft and Sony allow their members to retain their own login ID and password across multiple systems. Nintendo embraced user accounts in only the smallest of ways when they set up the Nintendo Network. The problem with it was, it tethered your user account to the system. Sell the machine and you’re out of luck. Break it and you’re out of luck. All the games you bought and downloaded on your first Wii U system would not be transferable if you were to buy a second Wii U system. You’d have to re-purchase everything in order to play them again. This was unacceptable, but Nintendo has always been a bit tyrannical about such things.

Until now. Now they have a partnership with DeNA, who is supposed to have expertise in online infrastructure. The new “Nintendo Account” is supposed to keep track of online game purchases (both physical and digital), record in-game stats, and keep up with your Nintendo points (a type of currency used to purchase games online). It’s expected that you can use the service from your smartphone or computer, bringing Nintendo finally into the modern age of digital devising.

The new Nintendo Account service is set to launch within the next couple of months. Here’s hoping it is all Nintendo promises it to be. If it is, then expect it to be heavily marketed alongside the new NX system (more on that later). 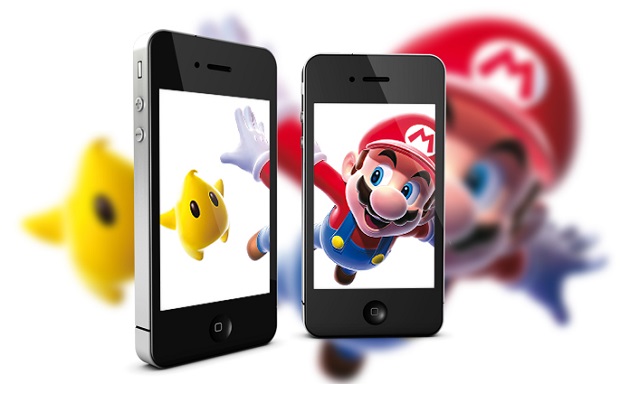 When first announced, the idea that Nintendo would be entering the mobile gaming realm sent shockwaves throughout the industry. Insiders and journalists had long said that Nintendo was being stubborn and archaic in their thinking by not tapping into the biggest gaming marketplace of the 21st century. As usual the announcement and its subsequent hype by its fans was dampened when the full details came out. Nintendo fans are bad about thinking Nintendo is finally going to enter the modern age and do things the way their competitors do them, but Nintendo has always—and probably will always—marched to the beat of its own drum.

With mobile gaming, Nintendo has said it is not going to develop full console or handheld games for mobile platforms. Instead they are working on a third kind of software that will happen to feature some Nintendo franchise characters. Their first app is “Miitomo” which is basically a chat/messaging service using Miis. Not exactly Mario or Metroid. Their next has a little more sizzle behind it: “Pokemon Go,” which is an AR-based game (AR standing for Alternate Reality). It uses the real environment around the player to explore and find new Pokemon. This app has huge potential. Nintendo has been very protective of the Pokemon license (there hasn’t been a proper RPG on a home console yet) and though the franchise is now almost two decades old, it is still a huge seller.

Beyond those two apps, Nintendo has promised more titles, including one they are soon to reveal which they say will star one of their mascot characters. That sounds like a game featuring someone on the stature of Mario or Link or Samus, but we’ll have to wait and see. One thing is for sure, Nintendo is entering a whole new marketplace and they’re doing things their way. 2016 will be very interesting on that front. 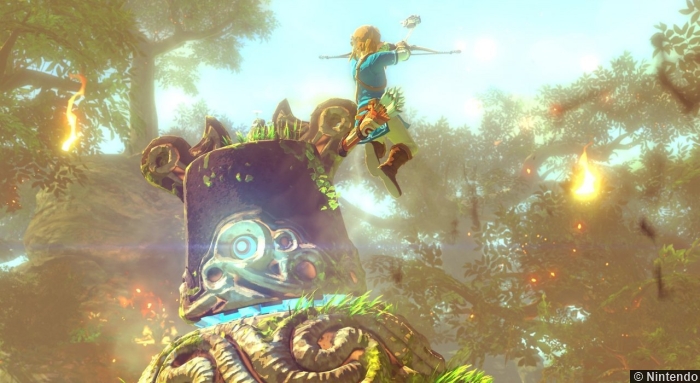 Originally “promised” to release in 2015, the latest installment in the Legend of Zelda franchise was—no surprise—delayed until 2016. We know almost nothing about the game, and the few teases we’ve seen haven’t revealed much of anything, and neither have Miyamoto or Aonuma, the brains behind the franchise. What we do know is the game will be released for Wii U. It may also be ported to the NX, but that’s for another discussion. The promise from Nintendo has been that the game is being made for the Wii U and will be played on the Wii U. Nintendo is horrible at keeping release deadlines, but they are usually very good about those kinds of promises. Wii U owners should take them at their word.

As said, little is known about the game, but there have been hints and clues which fans have deciphered. For one thing the game promises to offer a huge open world to explore, and Aonuma-san has said that the feeling of blind exploration that was present in the very first Zelda game would be making a comeback. That’s very intriguing. Aonuma-san has said he wanted to create a world where you move seamlessly between the overworld and the dungeons underneath. The raw power of the Wii U, though it is not on the level of the PS4 or XBox One, will still be enough to offer a Zelda experience unlike anything we’ve had before. Expect to learn more, along with a full reveal, at E3.

The game can’t afford to miss its revised 2016 deadline, however. There aren’t enough killer apps on the Wii U coming this year (Star Fox, and a rumored Paper Mario game aren’t going to be enough), and if this is the last year the Wii U is Nintendo’s main home console then it needs to go out with a bang, not a whimper (like the Wii did). Speaking of… 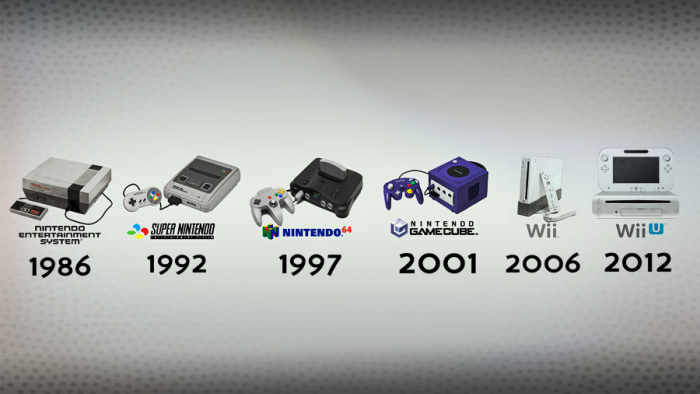 Nintendo always keeps things close to the vest, especially when it comes to their home consoles. What we know is that a full reveal is coming this year, likely at E3. Whether or not the system is going to release this year is anyone’s guess. Most insiders think so, but Nintendo is being coy. Also speculated, but not confirmed, is the nature of the system itself. Is it a home/handheld hybrid? Is it a dual release with connectivity features? Is it VR? Is it a typical system with a new kind of interface? Will it be a digital only machine? There are a lot of questions being floated around, but not a lot of answers.

After the failure of the Wii U it seems a good guess that Nintendo will go in a different direction when it comes time to brand the system. One of the biggest mistakes of the Wii U was in its initial reveal. The focus was on the tablet controller and not the system, leading many to think it was merely an add-on to the original Wii console. That misconception stuck with the general public who ignored the Wii U the way they ignored the Wii after its bubble burst in the late 2000’s.

Nintendo is going to be releasing it, either this year or next, right in the middle of the current hardware generation. Will they try and out-power the PS4 and risk having an expensive-but-inferior machine when the PS5 launches (ala Dreamcast), or will they go cheap and release a system of comparable power but for far less the price (ala Gamecube). It’s impossible to know what Nintendo is planning because they’re so secretive. What we do know is that we’ll learn the answers to many questions later this year.

Here’s hoping it’s a good one for Nintendo.