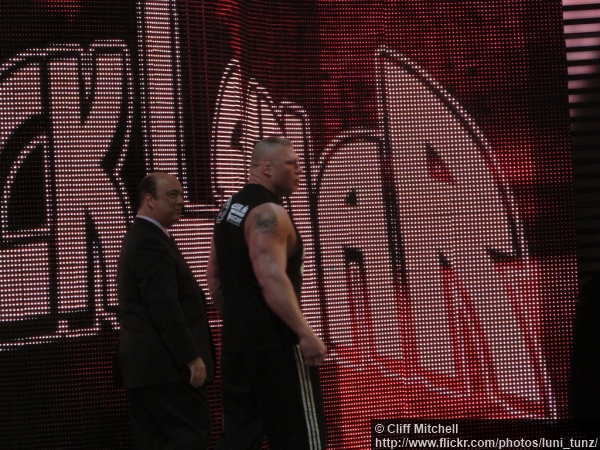 Three nights before Fastlane, the 861st edition of WWE Thursday Night SmackDown came to you from the Citizens Business Bank Arena in Ontario, CA. With the Triple Threat Match at Fastlane to determine who will challenge Triple H for the WWE World Heavyweight Championship in the main event of WrestleMania coming up this Sunday night, “The Beast” would return to SmackDown as Brock Lesnar will make his first appearance on SmackDown in twelve years! What will Brock Lesnar have in store for SmackDown and will “The Beast” seek out his Fastlane opposition Roman Reigns and Dean Ambrose? Speaking of Roman Reigns and Dean Ambrose, the “brothers-in-arms” would be in action on SmackDown as, after Ambrose saved Reigns from a two-on-one beat down from The Dudley Boyz on RAW, Reigns & Ambrose would face the self-proclaimed “baddest tag team on the planet”. After Dean Ambrose tried to surprise Roman Reigns with Dirty Deeds on RAW, will Reigns & Ambrose be able to function as a tag team before the Triple Threat Match at Fastlane this Sunday night?