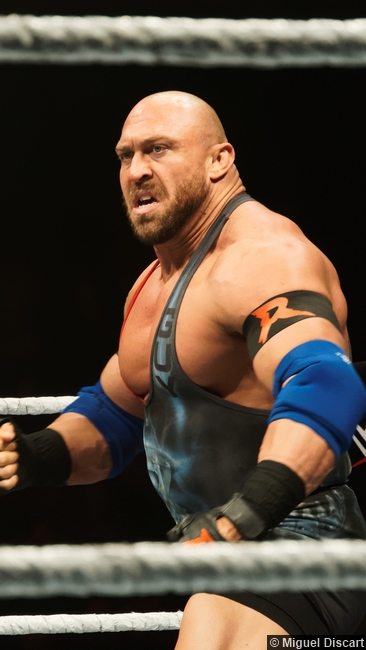 The second annual WWE Fastlane will come to you, live on the WWE Network, this Sunday night, February 21, at 8/7c from the Quicken Loans Arena in Cleveland, OH. As announced on RAW and WWE.com, respectively, the Intercontinental Championship will be on the line at the event in addition to a big 6-Man Tag match. Also, Edge & Christian will make a special appearance at the event for their talk show segment, The Cutting Edge Peep Show. Here is the updated card:

The Fastlane Kickoff show will air exclusively on the WWE Network starting an hour before the event at 7/6c. The Kickoff show will feature expert analysis from the Kickoff Panel, as well as the 2-out-of-3 Falls Match for the United States Championship. In the 2-out-of-3 Falls Match, the first Superstar to score two falls by either pinfall, submission, disqualification, or count-out will win the match and will walk out as the United States Champion.

In the #1 Contender’s Triple Threat Match, the first Superstar to score a pinfall or submission will win the match and will earn a main event spot at WrestleMania where they will challenge Triple H for the WWE World Heavyweight Championship. The match will have no disqualifications and no count-outs.