What would it be like to try to survive in a world overrun by animated corpses that are bent on consuming human flesh? The Walking Dead has inspired countless zombie stories in the forms of novels, video games, and television shows, but TWD does it far better than anyone else, and I’d suggest that it’s because The Walking Dead has, from the outset, focused on the possible reactions of real human beings in the midst of an impossible situation. This isn’t art for art’s sake. The show feels like an exploration of what the world would be like and what lengths real-life people might go to in order to survive and protect those they love in the midst of a world overrun by the undead. 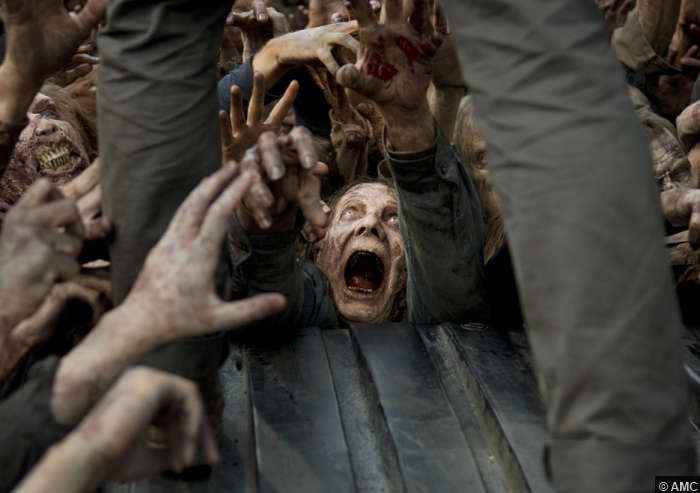 Stories today are often based on what is commonly known as the Hero’s Journey, popularized by Joseph Campbell in a book called The Hero with a Thousand Faces, which George Lucas borrowed inspiration from when he was writing Star Wars. The Hero’s Journey is a structural blueprint by which a normal character with perhaps a significant character flaw that’s harming him and those he loves discovers inside of him a desire for something which he doesn’t currently have. In order to attain the goal of getting what he desires, he faces opposition by an antagonist and his own character flaw. As he battles back and forth over the course of the story, the character grows and in the end becomes a hero by not only attaining the goal of what he wanted, but by gaining what he need as well, which was to overcome his character flaw. 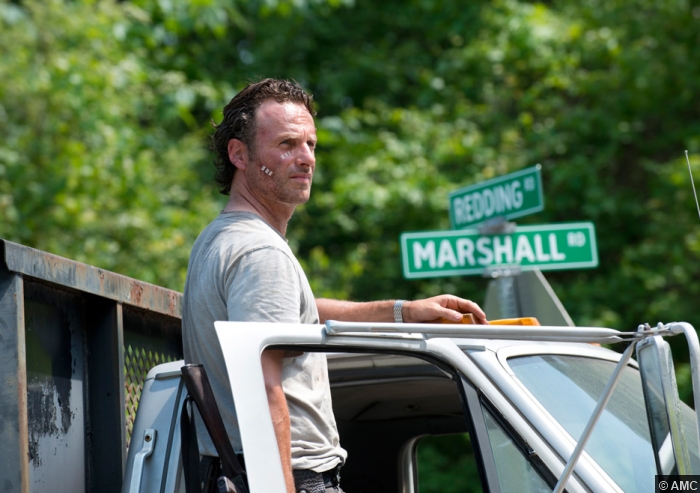 When The Walking Dead began with season one, it seemed like the writers were following the typical Hero’s Journey storyline with Rick Grimes. Rick becomes the leader of a group of survivors. Some might say that his primary flaw at the beginning is his blind trust of people like his best friend Shane. Shane, of course, turns out to be an antagonistic force in the show. Rick seems to believe in the basic good in humanity, and while this can be a good thing, for Rick, it becomes a flaw.

The Hero’s Journey is great. I’m a writer and I love to write and read stories of people experiencing redemption and becoming more than they were at the beginning of their journey. But, unfortunately, that’s not always reality. Sometimes good people become bad and sometimes they die a villain. Like Harvey Dent said in Christopher Nolan’s The Dark Knight, “You either die a hero or live long enough to watch yourself become the villain.” That’s the situation Rick Grimes is faced with. Undoubtedly, there were many moments in the first three or four seasons that Rick was the hero. But Rick didn’t die a hero, and the reality of his situation began to wear on him.

Rick Grimes was idealistic. He had a certain moral code that he abided by. In the beginning, he saw the undead as the enemy and human beings as people to be rescued. But season two foreshadowed and season three revealed that human beings in the midst of a world filled with monsters aren’t basically good. Many people are only out for themselves, but The Walking Dead takes it much further. Some people still want to see people die and utilize the conditions of the world they live in to cause more and more bloodshed. It seems we’ll see more of that with the Wolves in season six.

If Rick was too trusting in season one of The Walking Dead, that trust is completely gone at the end of season five. Rick trusts no one. No one is basically good. Everyone has a tendency to be only out for themselves. Rick believes the people of Alexandria are too trusting, and his crusade at the end of the season five was to shatter their ability to so easily trust in themselves and in their ability to keep Alexandria safe. Of course, it’s ironic that their wall is breached because of their trust in letting Rick and his group. More ironic still is that Gabriel was arguing for the Alexandrians to kick Rick and his group out and he’s the one who ends up leaving the gate open and letting a walker in.

The first official trailer for season six of The Walking Dead teased a confrontation between the leadership approaches of Rick and his old friend Morgan. While we won’t know how much of the trailer was cut to lead us to believe certain things that won’t actually be the case when the show comes out in the fall, the show has tended to show Rick not becoming less flawed, but more so. In fact, the end of season five showed moments where it seemed like Rick was the antagonist to so many other people, especially the Alexandrian community.

The Walking Dead show its characters becoming more and more hardened by the world they live in, and this makes sense because this is what would likely happen. When you watch people you love die and you watch others making bad decisions that result in other people dying, you’re faced with the reality that humanity can’t be basically trusted. Everyone has flaws, and those flaws are a threat to everyone.

The sixth season of The Walking Dead begins in October, and from the trailer, it looks like the story will continue to show hardened characters, but as the show progresses toward its final end, I imagine this will begin to reverse at some point. TWD is about survival, and the characters fight for the goal of ending the zombie disease and restoring humanity and civilization. It’s probably going to get worse before it gets better. But there seems to be a light in Morgan who just a couple seasons ago was raving mad after the death of his son. It seems he’s found a way to cope and a way to see hope in the midst of hopelessness.

And this too is reality. Because while the show explores the inherent flaws that human beings tend to have, there do seem to be heroes among us. People who rise above their flaws and rise above the broken conditions of our world.

The Walking Dead works because of its gritty realism. It works because we as viewers can watch and be thankful that we’re not put through the kind of situation that would bring out our worst flaws.