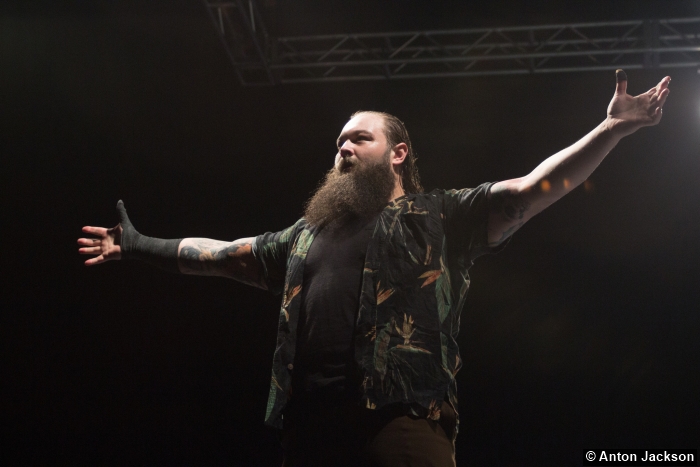 The 1154th edition of WWE Monday Night RAW came to you, live, from the Verizon Center in Washington, D.C. Last week on RAW, WWE World Heavyweight Champion Seth Rollins made amends with Kane and J&J Security and the results paid dividends for the self-proclaimed “future of WWE” as, together again, The Authority would instigate an unexpected beat down of “The Beast” Brock Lesnar and, while Jamie Noble would suffer three broken ribs in the process, RAW would end with The Authority getting the better of “The Beast” with Seth Rollins standing tall over Brock Lesnar. Now, with less than three weeks to go before Seth Rollins defends the WWE World Heavyweight Championship against Brock Lesnar at Battleground, Rollins would team with The Authority’s Director of Operations Kane to face two Superstars who also have their sights set on the champion as Rollins and Kane would face “The Lunatic Fringe” Dean Ambrose and Roman Reigns in a No Disqualification Tag Match! With no rules in place to prevent interference, is The Authority set for another banner night on RAW? Will Dean Ambrose & Roman Reigns suffer the same fate as Brock Lesnar? Speaking of Brock Lesnar, will the No Disqualification Tag Match provide the perfect opportunity for “The Beast” to make an impact?