JTG was one half of WWE tag team Cryme Tyme alongside Shad Gaspard, they were one of the most entertaining tag teams of recent years.

The grappler from Brooklyn, New York started teaming with Shad during their time in WWE developmental territory OVW before moving up to the main roster together.

JTG had many highlights during his eight-year spell in WWE but backstage received quite a bit of ‘heat’ and has written a very entertaining book, Damn! Why Did I Write This Book, with some of these backstage stories.

We caught up with JTG to talk about his new book, highlights from his time in WWE, wrestlers he enjoyed watching whilst growing up and much more. 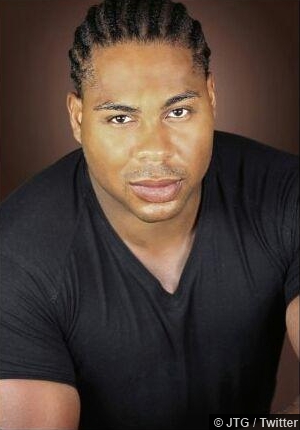 What inspired you to write the book, Damn! Why Did I Write This Book?

I used to tell stories to friends and family and co-workers and I would always get the same reaction – they would laugh hysterically and tell me to put my stories on paper and write a book. That’s money and you know JTG is all about that money, money, yeah, yeah.

I would always tell everyone I’m not a writer, I’m not an author, I’ve never written a book before but one day I just said to myself lets go for it. I wrote the book and I got good reviews, I sent the book to my friends first and they’re very harsh critics but I got the thumbs up from them so I just went for it.

Her love for wrestling also became my love for it as well and I made her proud when she got to see her son perform at MSG.

You go through three stages of being a fan of professional wrestling. As a toddler, I was a big fan of Macho Man Randy Savage, Hulk Hogan and Ultimate Warrior.

As I then moved on into my early teens it was definitely Bret ‘The Hitman’ Hart, Shawn Michaels and then when I got a little bit older during the Attitude Era it was the likes of, The Rock, Stone Cold Steve Austin, Jeff Hardy and Chris Jericho.

When did you actually first begin wrestling?

I moved to Louisville, Kentucky with OVW that was the spot to be to get a developmental contract. I was there for three years before I finally got the call from the head of talent relations and he gave me the opportunity to showcase my craft that I had been working on for the past three years.

It was in OVW where I met my tag team partner and the other half of Cryme Tyme, Shad Gaspard. I would compare OVW as my going to going to college, I didn’t go to college because straight from high school I went and pursued professional wrestling.

You hear stories about how kids go to college and get drunk and have a great time, they’re away from their families on campus and that is what it was like for me in Louisville, Kentucky. I was away from home, it was a big culture shock because I’m a city kid and moving to Louisville was a big difference – I tried avoiding moving there at all cost but I had to go there to pursue my dream.

I had a ball, I learned a lot, I had to mature very quickly, I wouldn’t say I was immature but going to OVW made me grow up a lot faster than I thought I would be on my own when I was 19-years-old.

Who were some of the other guys at OVW at the same time as you?

When I was in OVW there was a lot of talent including, Santino Marella, Armando Alejandro Estrada, Cody Rhodes, Evan Bourne, CM Punk and Mickie James just to name a few.

Paul Heyman was in charge of OVW at the time and it was Paul that actually put Shad and I together.

Paul was always very approachable and the man is just a genius, he knows the wrestling business inside out. It was just an honor and pleasure to be able to work with him. He was also there to help me get my foot in the door with WWE.

What was it like when you were called up to RAW for the first time making your WWE television debut?

I don’t want to give too much of the book away but I made my WWE television debut in Los Angles at the Staples Centre and it was definitely a mind-blowing experience. The Los Angles crowd accepted Shad and me with open arms, they loved us from the moment our music hit.

The day was going so great and for anybody that hasn’t read the book yet, I was on cloud nine but then went from 100 to zero really quickly but to find out why you need to go and read the book.

What were some of your highlights from your time being on the main roster?

Some of the moments that I will always treasure are working with John Cena side-by-side, working against Chris Jericho, he taught me a lot as well – during the match he gave me so much creative liberty which a lot of the top guys don’t let you do.

I had a lot of fun working with Santino, every time we had a match I looked forward to working with him. Another moment that will always stand out for me was getting eliminated by The Undertaker during the Royal Rumble match, that was a big privilege. 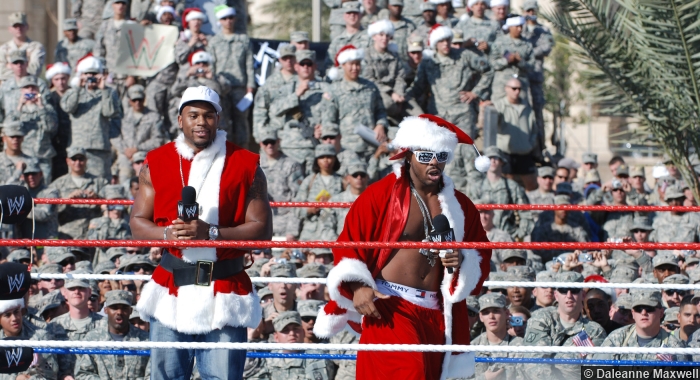 What was it like on the night you and Shad returned after being released for the first time?

The crowd just loved us, like I say in the book we came back on the Monday Night Raw the night after WrestleMania in Orlando. You know what the Raw crowd after WrestleMania is like with all of the chants is amazing and that day they chanted a welcome back chant for Cryme Tyme and that was an awesome feeling.

With you and Shad being so popular with the crowd did that cause you both heat in the back?

Oh yeah definitely, this is for any talent, when you come into WWE and you get over really quickly and I was 21-years-old at the time, I was young, some guys had been there for years and never got the reaction Shad and I got – yeah you get some jealousy.

What was it like during the latter part of your time with WWE?

Towards the end of my time with WWE, I was at home the majority of the time. After my last match against Santino Marella on September 20th, 2013 episode of Superstars they stopped flying me to TV.

I was sat at home for almost a year until I finally got the call on June 12th, 2014 saying that they were releasing me.

Would you consider going back to WWE or other companies like TNA and ROH?

That’s a really good question, the honest answer is a really don’t know. Right now I love wrestling but I’m not in love with the thought of being on the road.

With professional wrestling I’ve got a lot of projects I’m working on right now that look promising – if a deal is sweet, I’ve got to make sure I do what is best financially for me and my family.

What have you had Shad been up to recently?

Shad and I haven’t done too many independent shows, we did a few, we’re not really reaching out to promoters trying to get bookings but if they really want us and speak to our agent and offer us a sweat deal we’ll do it.

Shad and I are busy branding ourselves outside of wrestling. We’re both more than just wrestlers, we’re entertainers, we’re actors – we’ve done some comedy and improve and we’re just having fun. 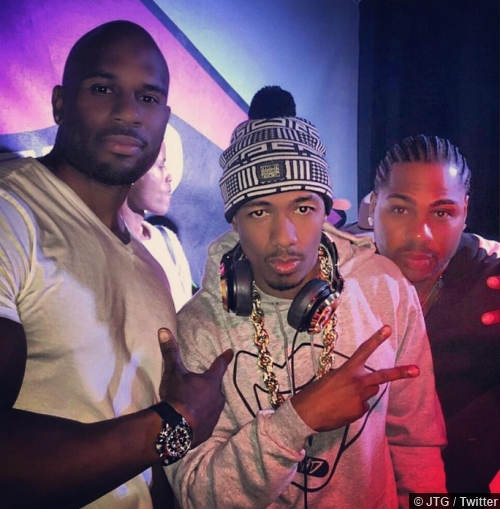 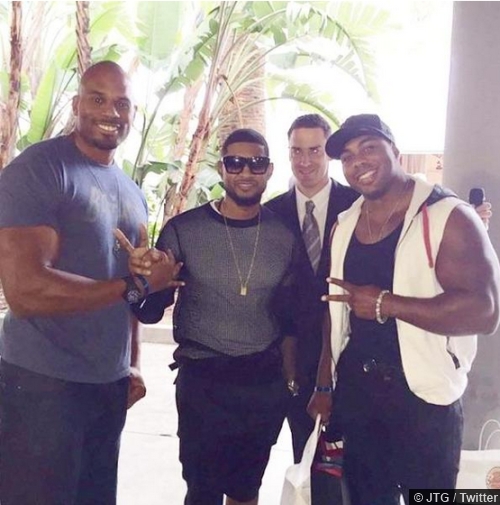 Let’s do some word association;

John Cena – King of the Hill

Daniel Bryan – Underrated, great superstar inside and outside of the ring, great personality. I worked with him once and I learned so much in that one match

Randy Orton – If he likes you he’s very cool

The Undertaker – Legend, Icon, great to get advice from and is very approachable

CM Punk – If he likes you he is a really funny guy. If he doesn’t like you and you’re not in his world I feel sorry for you and that’s not a good place to be

There were lots of MEMES made about you – did you have any favourites?

Yeah, people would send them to me via social media and still do, I think they’re hilarious – one of my favourites was me smiling next to ‘Then, Now, Forever’, there was also a gif I was with Mr. Burns from The Simpsons where he is firing people and it comes to me and says not him.

There was also the how long has JTG been employed clock which someone created and I thought that was awesome.

With some of the stories in the book were you worried about being given opportunities in the future?

By opportunities in the future, I take it you mean going back to WWE. As of right now, I don’t have any desire to go back to WWE full time on the road. I don’t think you can ever burn a bridge with WWE – I don’t think I’ve burnt any bridges.

Do you have any plans to write a second book – you must have lots more stories to tell?

There are individuals who haven’t even finished reading the first book and they want a second book – so I think I will need to get started on Damn! Why Did I Write This Book 2 pretty soon.

With all of the stories I got from my eight years in WWE I have enough material for at least three or four books but I don’t want to overdo it.

For more information on JTG, you can follow him on Twitter @Jtg1284 and you can buy his book here. 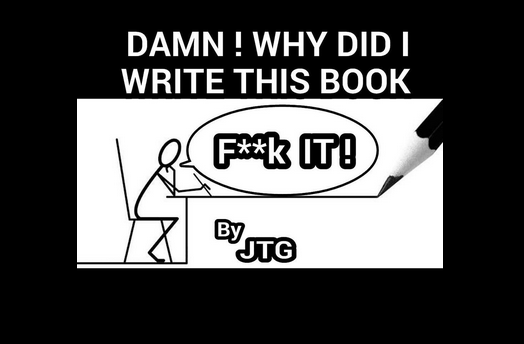