The Iron Sheik has one of the most interesting stories in the world of wrestling, growing up in Iran as an amateur wrestler and competing at the Olympic games before becoming a professional wrestler and winning the WWF Championship.

As well as competing for Iran at the Olympics, The Iron Sheik also helped coach the USA Olympic wrestling team. During his time in the WWF, he was the first person to beat Bob Backlund in six years to win the WWF Championship before losing the title to Hulk Hogan.

The Iron Sheik also held the WWF Tag Team titles along with Nikolai Volkoff, and also had a notable feud with Sgt. Slaughter.

We caught up with ‘The Legend’ to talk about his amateur wrestling background, becoming WWF Champion, his use of Twitter his upcoming documentary; Iranian Legend: The Iron Sheik Story and much more. 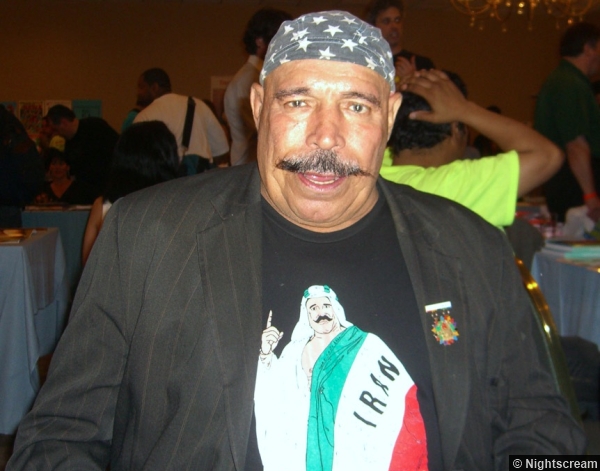 What was it like growing up in Iran and joining the army?

Iran is my first home and is where I became National Wrestling Champion, I grew up in the village and I lived on the wrestling mat until I became the best in the world, and after, everybody knew me like Muhammad Ali.

When I joined the Iranian army they treated me like royalty because I worked for the Shah, it wasn’t hard but it did stop me from doing the sport that I loved, wrestling.

How did you first get involved in amateur wrestling?

The two most popular sports in Iran are soccer and wrestling. I tried wrestling once when I was young and fell in love with the sport straight away and from that moment I have never looked back.

You moved over to America and helped coach their Olympic wrestling squads and were a part of the 1972 Olympic Games in Munich, what was that experience like?

I had no choice, I had to leave because I was scarred for life, I became a wanted man like the Takhti. I moved to America and they found me, they knew who I was and they begged me to become an Olympic wrestling coach for the US team.

For me, it was a great honour and I taught them and showed them everything they needed to know in order to become a Gold Medallist like the Champion and best in the world, Iron Sheik.

What were your thoughts when you heard wrestling might be dropped from the Olympics?

I was so mad, I wanted to put my TV in the Camel Clutch and break its back! A lot of people called me to ask me about the situation with wrestling and the Olympics, even my good friend Howard Stern, who knows that wrestling is the toughest sport in the world, not the walking or the stupid badminton.

Wrestling is the oldest sport in the world, and it will break my heart if wrestling is dropped from the Olympic Games. I still don’t know why they do such a jabroni thing. 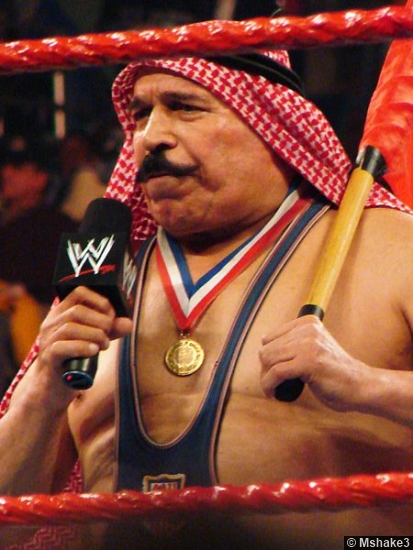 How did the transition to professional wrestling come about, and what was it like coming through with Ric Flair?

I had the respect from the locker-room and everybody knew who I was because they knew if they f**ked with me I could beat the f**k out of them. Ric Flair knew what I could do to him so he always showed me respect, we worked together and forever he is my brother, he knows never to get smart with me because he knows I could beat the f**k out of him, anyway, still, I love him.

You were also involved in training guys like, Ricky Steamboat and Greg Gagne, what was it like working with those guys?

I love Ricky Steamboat, he was a good worker, a good bodybuilder and he loved the business, and we lived together in Charlotte for many many years. The Gagne family gave me my first job in professional wrestling and I will never forget them, Greg was good and he protected the wrestling business and he always put me over because he knew I was a shooter and therefore he knew I was the real deal.

You made your debut for the WWF in 1979 at Madison Square Garden, what was that experience like?

During your first spell with the WWF you got to wrestle the likes of Bob Backlund, Bruno Sammartino and Chief Jay Strongbow, what was it like getting to wrestle the top names in the company just after arriving?

All of those guys mean a lot to me, they are real athletes and they are all real shooters. They told Vince McMahon that Sheikie baby was the real deal and that they wanted to work with me. It was a hell of an honour for them to tell me this. Bruno Sammartino is my best friend and he always showed me that I was a real legend like him.

After leaving WWF in 1980, you rejoined the company in 1983 and defeated Bob Backlund for the WWF title after a six-year reign, what that moment like?

Beating Bob Backlund after nobody beat him for six years was the greatest moment of my career. Bob told me, ‘I only want to lose to you Sheikie baby, because you are the real deal and you are the hottest thing in wrestling.’ I love him forever for that and he respected the legend.

You held the title for four weeks before losing to Hulk Hogan, were you disappointed you didn’t get a longer run with the title?

Bubba. This is show business, I do what I do for the business and for my boss Vincent Kennedy McMahon. He knew I would do the right thing and because of me Hulkamania was born, I was happy to do that because forever I will be a part of history.

Hulk Hogan is not a good wrestler or a good shooter, he is a good showman. Iron Sheik is the best wrestler, best shooter and best showman. I was happy to put him over because it only made me look like the legend.

Along with Nikolai Volkoff, you won the WWF World tag team title at the first WrestleMania, what was that experience like?

Nikolai Volkoff is a cheap son of a bitch, but I still love him. He is my partner for life and it was a great moment to win the tag titles at WrestleMania. 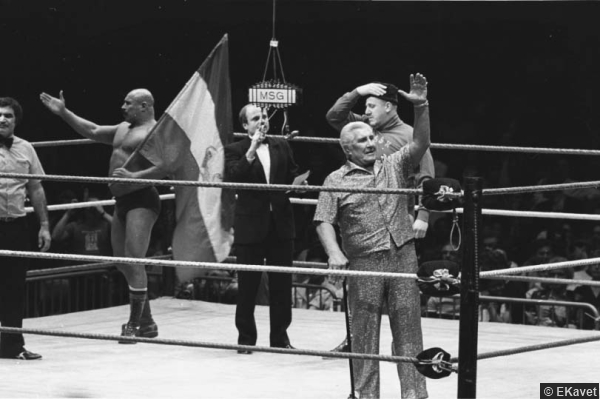 You had a notable feud with Sgt. Slaughter, what was it like working with Slaughter?

The matches that I had with Sgt. Slaughter were the best matches I had because of the Iran Hostage situation being all over the news. He was Mr. USA and I always brought the heat, every night we went out and wrestled, we stole the show.

What have you made of the recent angle with Zeb Colter and Jack Swagger?

I respect Zeb Coulter, he is a good friend of mine, and he is very good on the mic. Jack Swagger is a good shooter and he is the next generation, but he has never sold out Madison Square Garden. We’ll see what happens.

Vince McMahon is the greatest promoter in the world! He is the emperor of Rome…he knows how to make money and he always showed me that I was the legend.

What was it like when you were inducted into the WWE Hall of Fame in 2005?

It was a great moment Bubba, what do you think? I worked hard to become world champion, I trained all my life and I worked hard all my life, so I was entered into the WWE Hall of Fame I knew I became the legend forever.

You are a regular user of Twitter, do you enjoy using social media?

I love my Twitter and I love my Twitter fans, they support the legend and they make me feel young because they allow me to speak from the heart about things that are important to me. If I don’t like something I tell people on Twitter, it makes me happy that I can tell someone to go f**k themselves. 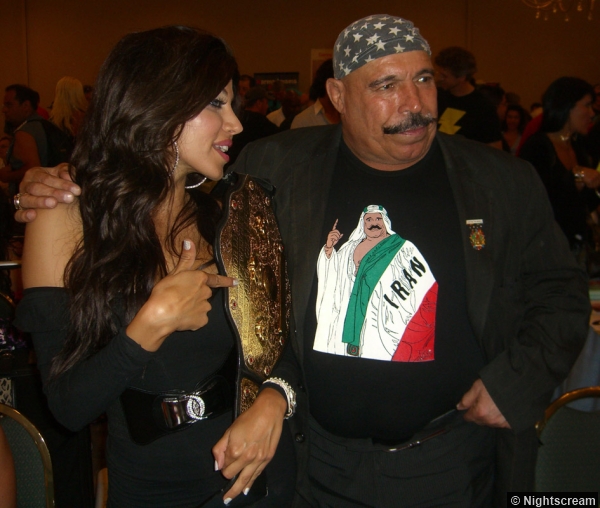 What can fans expect from your documentary; Iranian Legend: The Iron Sheik Story?

The documentary will show the real Iron Sheik and how I became the legend. I love life and have so many stories and moments that I want to be able to share with my fans. They already know that I am the legend but now they will be able to see. I need them to support me and to show the people that we can make the world news again.

I will love them forever if they support me.

For more information about Iranian Legend: The Iron Sheik Story and to contribute to the making of the documentary see the Indiegogo page. You can also follow the Iron Sheik on Twitter @the_ironsheik