Bob Backlund was one of the most technically gifted wrestlers to ever step foot inside the squared circle.

The 63-year-old from Princeton, Minnesota was an All-American in both football and wrestling but it was the latter that he pursued a career in. Backlund went on to join the WWWF in 1977 and on February 20th, 1978 he captured the WWWF Championship and went on to hold the title for six years, a record only beaten by Bruno Sammartino.

Backlund returned to the WWF in 1992 and captured the title for a second time beating Bret Hart but his reign was short-lived lasting only three days as he lost to Kevin Nash in eight seconds.

Earlier this year it was announced that Backlund will be inducted into the 2013 Hall of Fame and we caught up with him to talk about his six-year title reign, working for the McMahon family, wrestling being dropped from the Olympics’ and much more. 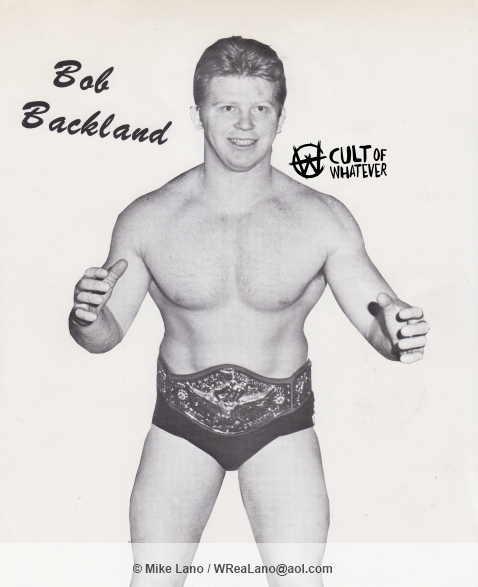 How did you first get involved in the sport of professional wrestling?

It all started with a guy called Eddie Sharkey, he trained me in Minneapolis at the 7th Street Gym.

Whilst growing up who were some of the wrestlers that you enjoyed watching?

When I was growing up there was a promotion called the AWA in Minneapolis and you had guys like Verne Gagne, Maurice ‘Mad Dog’ Vachon, Nick Bockwinkel, Larry ‘The Axe’ Hennig who was Curt Hennig’s father and those are the sorts of people that I enjoyed watching.

I didn’t watch it all the time but my mum really liked it and I would sit down and watch it with her.

What was it like when you joined the WWWF in 1977?

That changed my whole life, as my career went along it got a little better each year but come 1977 – 1978 it changed completely. Only four months into my time with the WWWF I had a match against ‘Superstar’ Billy Graham for the WWWF Championship which I lost.

The night that changed my life the most was February 20th, 1978 when I won the WWWF Championship at Madison Square Garden against Billy Graham and after that, I got to travel the world and represent the WWF and it was a great honour to be able to do that.

Before I actually came to the WWF I beat Harley Race for the NWA Missouri Heavyweight Championship and that was a catalyst for me as far as getting ahead in the business, Harley Race was one of the best performers in the business and I respected him a lot and he was a great mentor for me, I learned a lot from him.

When I then won the WWWF Championship Harley Race was the NWA champion at the same time and we a 60-minute title v title match which ended in a draw, but that was a great match. I also got to wrestle Antonio Inoki who was the NWF World Champion and I really enjoyed those matches.

When you returned to the WWF in 1992 you had a series of matches with Bret Hart and won the WWF title for a second time, what was it like working with Bret?

That’s when I turned into a bad guy and I didn’t ever think I would do that during my career but there were a lot of changes with society and a lot of the good guys in the WWF at the time were lying, cheating and swearing. So I thought, let me be the bad guy by being good.

It was a great pleasure to work with Bret, when I first tried getting into the wrestling business I called lots of promoters and Bret’s father Stu was the first promoter I rang, Bret and I had some great matches together.

You only had the title for three days before losing to Kevin Nash in eight seconds, what were your thoughts on that match?

It was something the way it was explained to me needed to be done, and the bottom line is you’ve got to do what is best for the business. I didn’t know Kevin Nash very well back then, I know him a little better now and he is very respectful of what I did for him in the ring. There are some things I maybe shouldn’t have done but we made it as good as we could.

You are going to be inducted into the 2013 Hall of Fame, are you looking forward to that night? 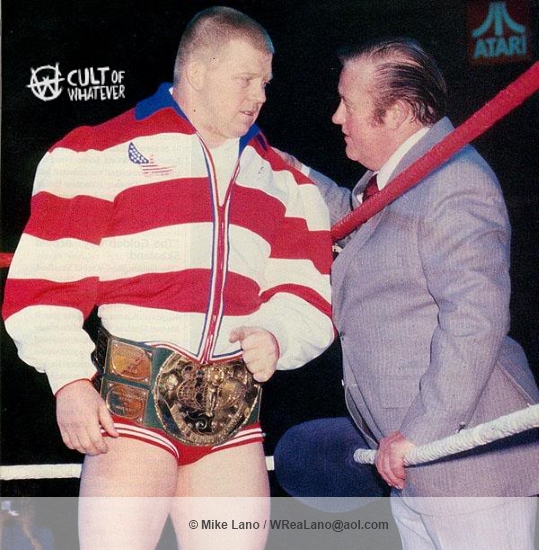 Over the years I grew to love the McMahon family very much. Vince McMahon Sr. was very good to me and respectful; he would look you in the eye, shake your hand and tell you what needed to be done. The McMahon family means a lot to my life, I’ll never forget what they have done for me, and I’m looking forward to catching up with them at the Hall of Fame.

You were also an Amateur wrestler, what have you made of wrestling being dropped for the 2020 Olympic Games?

You have developed the ‘Gym in a Box’, what does that involve?

The Gym in a Box is a piece of exercise equipment that I have made which involves two exercises that I’ve been doing for 30 years. It’s the step test and the wheel, I’ve put them together, you can travel with it and put it in your suitcase, I had it made so I could workout in the motel rooms around the country and the world. The two exercises include one for your lower body and the other for your upper body.

You are also writing a book, how is that going?

I’m nearly finished writing it and hopefully, it will be out in about eight months from now, so perfect present for Christmas! We have a little bit more work to do with it and at the moment we are talking to a number of different publishing companies and we are pretty close to deciding which one we are going to go with.