Constantine: Towards the end of days

It often seems like the network bigwigs are running out of ideas for new shows so they turn to old movies or old TV shows for inspiration. It doesn’t always work but on occasion they get it right. There needs to be a unique quality to these shows for them to work. The characters need to be updated to reflect modern reality, and they can’t just regurgitate the same storylines. The viewer’s expecting something new – otherwise what’s the point? Constantine clearly fits this profile. The original Constantine was an end of days style movie starring Keanu Reeves based on the comic book series Hellblazer. Remember that one? It was a pretty popular movie back in 2005 so the new show has a lot to live up to – it doesn’t disappoint. It does a great job of incorporating the basic story elements of the original while also providing a refreshing new injection of life to the franchise. 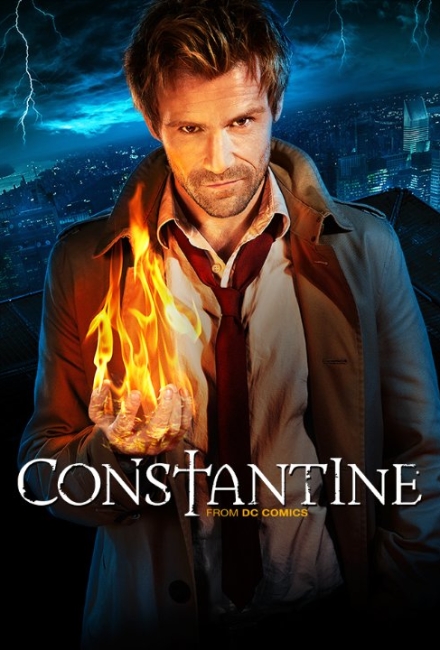 What gives this show life is the flawed nature of its characters. The main character, John Constantine, is a less than perfect practitioner of the occult desperately trying to save the world from evil. He’s made a lot of bad decisions in life that have defined who he is but he still continues to fight to keep the world safe from darkness. He’s a firm believer in cutting whatever corners are necessary along the way.

If you’re a fan of shows like Fringe or Supernatural then Constantine will probably be right up your alley. The hero of the show is in a constant battle to rid the world of demons and all kinds of creatures that go bump in the night. This is something he’s been doing for most of his adult life but at the shows outset the world is facing an ever increasing threat from something called the Rising Darkness – essentially the beginning of the end of days. Things are bleak and there isn’t a lot standing in the way of hell on earth except Constantine and his allies.

There’s something about the battle between good and evil that inspires us. In these types of shows it always seems that the powers of darkness are nothing short of invincible and the hero is facing a lost cause. After all, everyone likes an underdog right? It taps into our own belief in the indomitable will of the human spirit. We want to believe we can face any adverse situation and come out on top.

Constantine is the embodiment of our own personal struggles – he’s far from perfect but his flaws are what make him human. In his fight against the armies of hell he has two principle allies: Zed and Chas. Zed is a psychic whose visions help John to stay one step ahead of the evil rallying against him and Chas is Constantine’s oldest friend – and thanks to a spell cast by Constantine he’s impossible to kill. 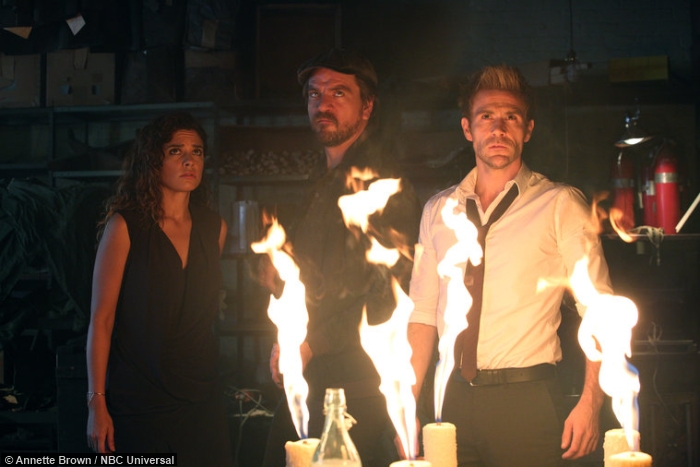 Chas’s story is a really intriguing one – while out for a drink with Constantine his friend casts a spell on him to protect him. Shortly after, Constantine left the bar and Chas chose to stay behind. He ends up getting caught in a fire that engulfed the bar. Almost all of the patrons perished in the fire and somehow Chas was able to absorb their life forces. This gives him a sort of superhuman quality – every time Constantine gets in a pinch Chas is there to save the day without worrying about the risk because he knows he’s going to come back to life. It definitely gives the show an interesting side story.

As Constantine, Chas, and Zed battle to save the world from the Rising Darkness they do have an ally in the form of an angel by the name of Manny. He doesn’t really save the day, he’s just there to offer advice most of the time. Apparently the laws of the universe won’t let him interfere in the affairs of mortals – there’s always a catch when dealing with angels. 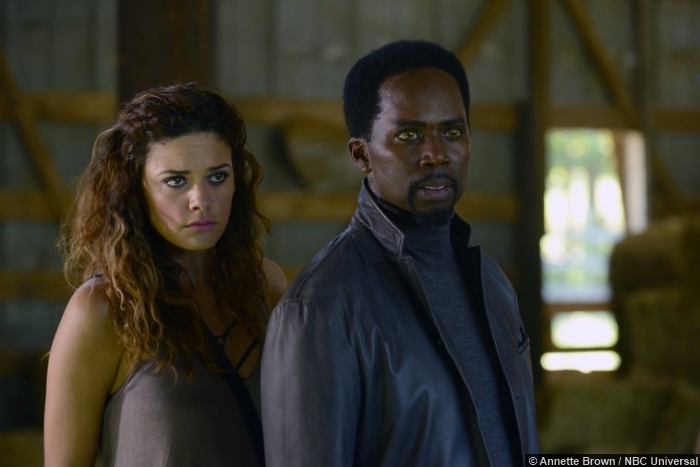 As if it’s not bad enough facing all the demons that the darkness can throw at him Constantine also has to face his fair share of mortal enemies. Chief among them is Papa Midnight – a Voodoo practitioner with some powerful magic of his own. Time and time again he pops up to make Constantine’s life miserable emphasizing the true evil man is capable of himself without any supernatural help. This is a chilling reminder of the dark nature just under the surface in all of us.

Constantine and his companions always seem to be on the edge of failure – both on a personal level and with their fight against darkness but they never give up. What makes their struggle that much more intriguing is not only that they are battling evil from all sides, but that failure may lead to eternal damnation. That’s a lot of pressure! We all wonder if we would be able to do the right thing in the face of our own mortality and that seems to be one of the main questions being answered in this show. The writers want us to believe that human nature is such that we will normally do the right thing, but sometimes good people do make mistakes. It doesn’t mean they should give up – in fact it should only lead to a greater resolve.

They do have one major advantage over the forces of evil – something called a scrying map. This is a map they can use to track and hunt demons. This is where Zed’s skills really come in handy. With her psychic abilities she is able to take advantage of the maps supernatural qualities to point the team in the right direction.

There are so many underlying storylines in Constantine that you start to wrap yourself up in the show’s world. There really is a lot of attention to detail. This is what makes a great show. It needs to tell a powerful story with characters that we can relate to and a universe that we can believe in. Every episode of Constantine adds further details to the plot bringing the show to life. It seems like they’ve only just begun to scratch the surface.