EXPANDING UNIVERSE: Will “The Force Awakens” feel like Star Wars, or a glorified fanfic?

Ready or not, Star Wars is soon to reenter pop-culture as a “current” attraction, for the first time since 2005. With the release of Revenge of the Sith, many fans assumed that the Saga was finished and there were no more worlds for the Skywalker family to conquer. It was assumed that the franchise would live on through television series’, video games, “expanded universe” books, and of course re-re-re-releases of the six movies of Star Wars’ canon. 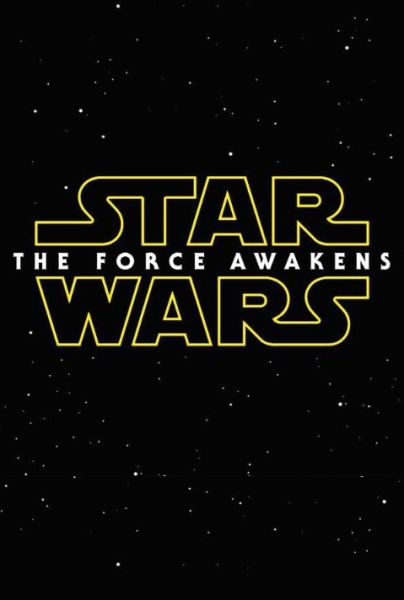 There was good reason to assume that, starting with George Lucas’ own words. While the controversial creator has been infamously wishy-washy regarding his original idea for the series (in some interviews he talks of a 12 part series, in others a “trilogy of trilogies”) he became much more concrete after the release of Return of the Jedi. After 1983, Lucas basically took the position that there was no more story to be told going forward, but there was story to be told set in the past. Luke’s story was over, but Vader’s had not really been told, he’d say.

From there the Prequel Trilogy took center stage, and even as it largely failed to live up to fans’ lofty expectations, many still clamored for more Wars. Lucas remained adamant that Revenge of the Sith would be the last of the Star Wars movies (despite, it turns out, casual/unserious discussions here and there with the principle trio about getting together for a sequel series).

Then every answer we thought we had about Star Wars was thrown out the window when Lucasfilm was sold and Disney changed all the questions.

Full Disclosure: I was raised on seeing Star Wars on VHS. My first experience with the franchise, in any form, came as an eleven year old boy on Christmas 1995. The Original Trilogy (known then only as “The Star Wars Trilogy”) was remastered with improved sound and crisp (for VHS) picture quality. I still own the box-set, though I don’t dare find a VHS and try to play them. If you are familiar with this particular re-release, each movie featured a short sit-down interview between Lucas and film critic Leonard Maltin. It was during these brief discussions that I learned a little about the behind-the-scenes drama and headaches that making the movies caused to their creator. I also learned to view each movie, not as individual films, but as pieces to the larger whole of the trilogy. As “fluff-piece” as those interviews were, they were the catalyst to my love of film and the beginning of my appreciation for the art of movie-making.

In one of those interviews, Lucas mentioned that preliminary work had begun on what would come to be called the “Prequel Trilogy.” He didn’t spend much time on it, except to say it would focus on “Where Darth Vader came from.” If that’s not a way to perk the ears of an eleven year old Star Wars fan, nothing is. In mentioning Vader, Lucas offered a statement that would come to define, not only Episodes 1-3, but also retroactively define Episodes 4-6:

“Star Wars, as a whole, is about the rise and fall and redemption of Anakin Skywalker.”

Admittedly, it takes a little bit of revisionist history to make that claim work. Vader himself was not presented as anything more than a stooge to Gov. Tarkin in the original film, only having about a dozen minutes of screentime in the whole picture; he didn’t become Luke’s father until late drafts of The Empire Strikes Back were being written. But if you suspend your disbelief and jump through a few of the illogical hoops such a plot twist caused, then it’s easy to see–when viewing the six movies as one story–how such a claim is right.

Much as my eleven year old self might have argued, the story of Star Wars was (until very recently) NOT the story of Luke Skywalker. It was the story of his father; how he rose to become a powerful Jedi, how he fell to the dark side as part of a larger plot of the Sith to conquer the galaxy, and how he ultimately was redeemed by the last remaining connection he had to one of the only things he ever loved (Luke’s mother, Padme).

It took a long time to accept that, even while sitting through The Phantom Menace and Attack of the Clones. It wasn’t until the final montage at the end of Revenge of the Sith that I finally accepted that Star Wars truly was Anakin’s story.

Until very recently, that is.

With Star Wars now headed back to theaters with a new trilogy of films, and with Darth Vader still very much dead, the focus of these new films turns back to Luke. Granted, Lucas and (Episode VII director) JJ Abrams has said that the core of the Original Trilogy would only be there to transition things over to the next generation, but still: The character that everyone is speculating about, pouring over rumors concerning, and pinning their hopes on is not Han Solo or Princess Leia or any of the newcomers, it’s Luke Skywalker.

So while these new movies will retain the Skywalker-center that Star Wars has always had, it will be Luke–not Anakin–that the story revolves around. That’s a change from what we’ve been told about “Star Wars” for the past twenty years.

While Star Wars thrived in the form of books, graphic novels and video games and other aspects of the so-called “Expanded Universe” those mediums were always viewed as secondary stories. Even the very best of the EU, such as Timothy Zahn’s groundbreaking “Heir to the Empire” series, was always deemed an officially-unofficial sequel to Return of the Jedi. Many readers (including myself) may have viewed those stories as the true continuation of the Star Wars saga, but that was only because were had been assured that no sequel would ever come. Even as the prequels came and went, there was never so much as a reliable hint that Episode VII would ever be a reality.

And now here we are a few months away from release.

In the meantime, those Expanded Universe books so many grew up with have been de-canonized. They are now basically works of officially-licensed fan-fiction. For many, it’s a demotion that is undeserving of some great works of fantasy. But there was never a chance those works would be folded into the “new” Star Wars universe; not when there were A-list writers and directors eager to put their own stamp on the series.

For me, the de-canonization of the EU is not the issue. For me, it’s the simple fact that Star Wars is no longer about Anakin Skywalker. The one element that seemed to unite the two trilogies was the idea that all of them were telling one man’s operatic redemptive tale.

Now Star Wars is about Luke: The rise and fall of his father, the redemption of his father thanks to him, and the future of the Jedi Order under his guidance. That’s fine, and potentially can be great, but it takes away the full-circle nature of the six movies and replaces it with an open-ended and–under Disney’s care–likely a never-ending series of movies that are merely “set” in the Star Wars universe.

And we already had that. It was the Expanded Universe.

Will these new movies, with a largely new cast, new creative teams and–most importantly–new oversight, be able to bring us movies that FEEL like Star Wars, or will they simply come off as glorified, filmed versions of an alternate take on the Expanded Universe?

We’ll find out this December.