haThe Anoa’i family name and wrestling go hand in hand, Matt (Rosey) is the son of Sika and nephew of Afa who were the Wild Samoans. His brother Joe is current WWE and Shield member Roman Reigns, whilst his cousins include Dwayne ‘The Rock’ Johnson, Rikishi, Yokozuna and Eddie Fatu (Jamal / Umaga).

Matt and Eddie came through the ranks together and were known as 3-Minute Warning, the 42-year-old then formed another tag team with The Hurricane Shane Helms and the pair won the World Tag Team Championships.

We caught up with Matt to talk about Eddie’s untimely passing, inducting his father and uncle into the WWE Hall of Fame and his brothers’ impact in WWE as Roman Reigns and a member of The Shield plus much more. 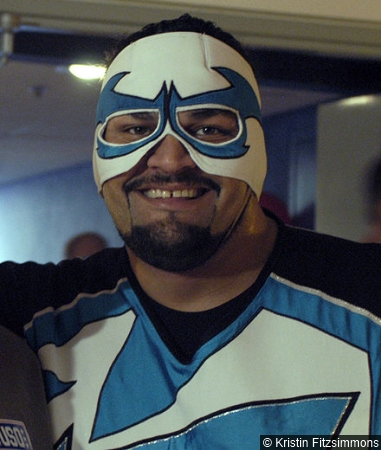 You grew up in a wrestling family with your father and your uncle being the Wild Samoans, in addition to having numerous cousins in the industry, were you always going to become a wrestler?

No, actually I wanted to get into the NFL but when I fell short of getting into the NFL that is when I decided after a couple of years working at various night clubs I was going to become a wrestler. One day I woke up and called my dad and told him I wanted to start wrestling, we went to the backyard set up the ring and we started wrestling.

Being part of a wrestling family, was there any added pressure to do well in the industry?

There wasn’t really any pressure for me, it was more of a renewed confidence, not so much as the fact I had so many contacts in the wrestling business, in our family we always helped each other, there was never a thought of oh my god I don’t want to be the only person that doesn’t make it to WWE or something like that.

We all just helped each other along and everybody kind of worked together and that is just the attitude we always had and I think that is the attitude that stays rich in my family and that has resulted in many Anoa’i’s and Fatu’s being in WWE.

Oh gosh, it was all pretty fun, I always enjoyed watching Paul Jones and Wahoo McDaniel at one point in my life I always thought that The Masked Superstar was a pretty cool guy to watch. Then I started watching folks like the Dynamite Kid and Davey Boy Smith but for the most part, my favourite was just watching my family.

What was it like when you and Eddie followed in your father’s and uncle’s footsteps and made your debut for the WWF at the time in 1996?

That was definitely one of the highest points of my career, it was short-lived but that is the way this business works sometimes but just to have that experience and get to a point where you know, okay I got here one I can get here again.

You and Eddie then returned to WWE in 2002 as 3-Minute Warning, what was that experience like?

That was fun because there was a better confidence, when Jamal and I tagged there was a better sense of understanding in the ring, we were more experienced and had some more years under our belt after going to Japan etc. and getting a taste of the world before going back to WWE.

What were some of the differences you noticed from when you were with the company in 1996 to when you returned in 2002?

When it got up into 2002 it was a little more business-like, they were trying to get a little bit more formal and classy. I hated the dress code that was the only thing I really didn’t like about it, wearing a suit is the last thing I ever thought I would have to do as a professional wrestler.

In 2003 you then began to team up with Shane Helms (The Hurricane) and held the tag team titles, was that something you enjoyed?

It was fun to do that because it was subtle change (laughs) from what I’d done throughout my whole career. We’re in the entertainment business and if you can’t adjust or adapt to something you’re not in the right place, the worst thing that I could have done is not try.

It was something different and I did get excited about it, I wasn’t too pleased with the outfit or at least the superhero in training outfit but sometimes your do something and try to make it work, if they throw us a curveball we try and hit a home run with it.

When we won the Tag Team titles that was an exciting feeling, although it wasn’t with a family member like it should have been, I was more than happy to win those belts with Shane, he’s an awesome person and to this day one of my great friends.

The table’s match against the Hardy Boyz and Spike and Bubba Dudley was great, I really enjoyed working our first PPV match against Booker T and Goldust. I thought it was pretty fun chasing that midget around Las Vegas on Monday Night Raw, there are so many highlights I could probably go on for an hour talking about it but for the most part getting to wrestle against top names, working with Triple H, Kane, RVD the list just goes on and on. 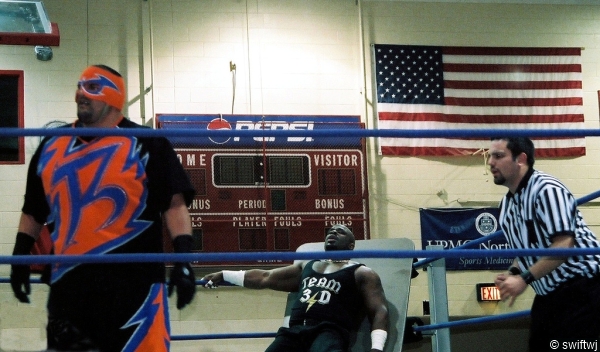 He was great, I’ve known Vince since I was 5-years-old. I’ve never really been on his bad side except for maybe once or twice but for the most part, he’s a very understanding person, don’t come to him with excuses come to him with solutions.

Speak your mind to him just like he would do to you, and I think he respects you a little bit more, if you’re going to talk back to the boss you better believe in what you’re saying because he will sniff out a bullshitter in a heartbeat.

In 2007 you had the honour of inducting your father and your uncle (The Wild Samoans) into the WWE Hall of Fame, what was that like?

That was definitely by far the highlight of anything that I did with WWE besides winning the tag team championships. There is nothing like it, how could you not induct your dad into the highest honour that his profession entails, it was an awesome experience.

It was one of the best feelings of my life especially when I stared down at my sisters and my brother (Roman Reigns) who is now in WWE, it was just a fun thing to represent our father for the accomplishment that he got awarded.

A few years later, Eddie (Jamal / Umaga) who you came into the industry with passed away due to a heart attack, what was going through your mind when you heard the news?

It was very tough, with Eddie, Jamal, Umaga, whatever you want to call him, he was dear to everybody. He was a big kid always laughing, always doing stupid things that would make you want to strangle him but ten minutes later he’ll make you laugh till you pee your pants so how could you stay mad at somebody that long.

That definitely wasn’t the phone call I was expecting that morning, it hurt everybody a lot but he’s looking down and he knows what is going on. I pray for his boys and his family to make sure that they can stay on the right path now that their father s gone and everybody bands together and tries to help them out and give them advice. I go over a lot of football things with them, and hopefully, they can grow up to possibly one-day do something incredible like their father.

Your brother Joe (Roman Reigns) had been in WWE’s NXT developmental territory and is part of The Shield who’ve been dominating on Raw, SmackDown and at the TLC PPV, what have you made of his recent emergence?

I’m very proud of him and I’ve been getting a lot of positive feedback from people telling me how great he is doing, it’s always fun when you can see your immediate family on TV again. Although I’ve been doing it my whole life this was kind of special to me because he’s a good kid, he got a raw deal when it came to the NFL and I’m certainly glad that Vince is the way he is when it comes to seeing what someone’s got.

I think he is going to go a long way, I think he’s got tremendous talent and it’s great seeing him mixing it with a lot of the top talent in WWE already and legends such as Ric Flair and Mick Foley, he’s going to make a real career out of it.

Everybody is just hoping and praying that he does great and he is able to stay injury-free and just hope that he has a good ride, it’s a fun thing to do.

You have a son and a daughter; do you see them following the family tradition?

(laughs) Yeah, that is a hard question to answer, first of all, school comes first; nobody is doing anything around wrestling until they get their education. My daughter Madison she always tells me now how she wouldn’t mind being the first female Anoa’i in WWE, and my little boy Koa he’s all about wrestling, we’ll set the ring up in my backyard and he’s like a little spider monkey in that ring. If their goal is to become a professional wrestler how can I tell them not to do something that their daddy did?

I honestly can’t think of any other family that’s pushing them through the system as quick as we are, but that’s just what we do. We’re a Samoan family, the bottom line is there are two rules in wrestling, one of them is keeping your mouth shut and your ears open and the second rule is don’t f**k with the Samoan’s.

You are now running a restaurant Island Boi BBQ, how is it going and have you picked up any tips from Vince on how to be a boss?

(laughs) No, not really I don’t think the high school kids around here would like it if I pulled a Vince on them.

This is a laid back restaurant and we’re going to enjoy some good food and let people enjoy what we’re going to make here. The menu is quite simple, we’ll serve teriyaki burgers and there will be a lot of South Pacific dishes, it’s a good amount of food for a good price and I dare you to walk out not full.

A lot of the wrestlers have told me they are excited about the restaurant opening and when they are passing through town they want to stop by and do autograph signings, we will have a big party for WrestleMania and hopefully, Joe and The Shield will be in the main event.