Joe Laurinaitis was a member of one of the greatest and most iconic tag teams ever to step foot inside the squared circle. Better known as Animal, along with Hawk they formed the Road Warriors/Legion of Doom.

No matter where the Road Warriors wrestled from the AWA to WCW to WWE they always won gold. Hawk sadly passed away in 2003 but the Legion of Doom will never be forgotten and were last year inducted into the WWE’s Hall of Fame.

Joe’s brother John is currently a weekly feature on WWE programming as Executive Vice President of Talent Relations and as the Raw General Manager.

We caught up with Road Warrior Animal to talk about getting into the business the iconic Legion of Doom look, the current state of tag team wrestling and going up against his brother, plus much more.

How did you first get into the sport of wrestling?

I remember when I started powerlifting, I went once to an AWA show and watched Hulk Hogan v Nick Bockwinkel, and I saw the excitement in the crowd and I thought it was pretty cool.

I then went to work as a bouncer at Grandma B’s where Eddie Sharkey was a bartender and he had trained Jessie ‘The Body’ Ventura and he said he was going to start a wrestling camp, so I started to follow wrestling a bit more after that and joined Eddie’s wrestling camp.

You met Michael Hegstrand (Road Warrior Hawk), but began as a singles wrestler, how did that go?

Hawk was at Eddie’s camp with me, but I first went down to Georgia Championship Wrestling then onto the NWA. It was a learning experience, I was wrestling nine times a week but was only making $150 so I was getting the short end of the stick and wasn’t really making any money. Rick Rude and I were there at the same time, not as a tag team but we were there together so at least I knew somebody I had grown up with. 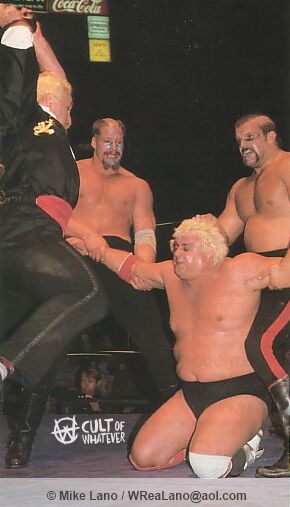 What was it like when you and Hawk eventually became a tag team and made your debut as the Road Warriors?

Paul Ellering pulled Mike and me together and said ‘I’m going to make you guys my world champions’, we looked at each other and said ‘yeah right’. We then showed up at Georgia Championship Wrestling and he gave us the tag-team belts and that was it the Road Warriors were born. 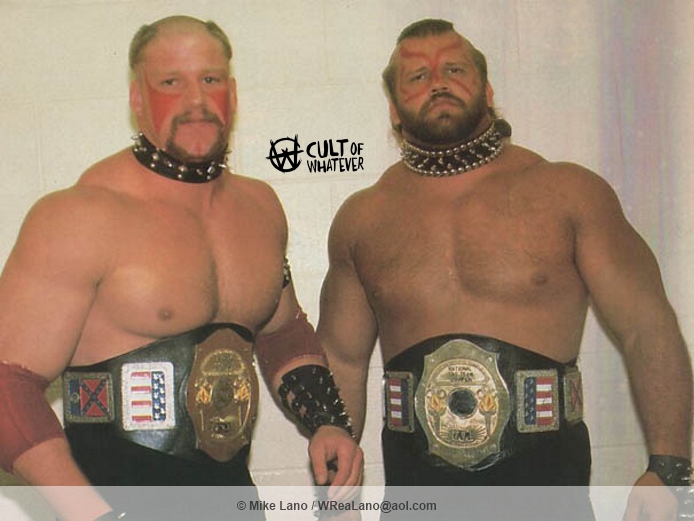 You had great success as the Road Warriors in AWA, NWA, WCW, WWF/WWE and Japan and won titles wherever you went – what are some of your personal highlights?

I will tell you what one of the nicest things is about it, even though Hawk has been dead for ten years I’m still getting Road Warrior highlights like the Hall of Fame last year.

Every time we went to a different country it was surreal, for instance, I was over in the UK wrestling in the Royal Albert Hall and Wembley stadium. I had only seen pictures of those places in history books but then all of a sudden we were there in the main event in those buildings and it was just so crazy, I would never have thought in a million years I would have been in that situation, but I’ll tell you what I appreciate every bit of it.

I remember at Wembley Stadium when we were there for SummerSlam 1992 out of the 90,000 people probably 50,000 were wearing foam rubber shoulder pads. 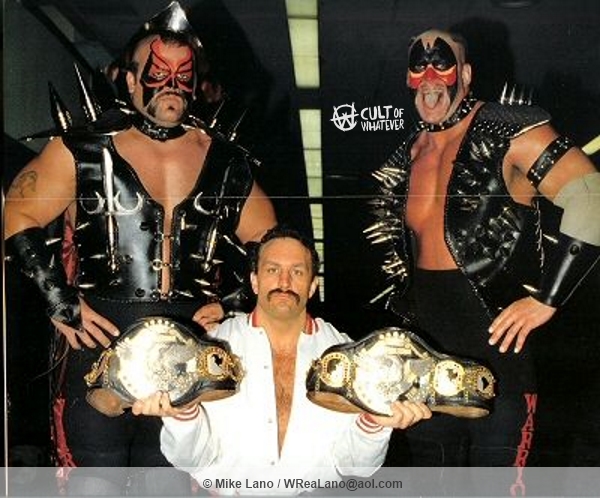 What was the reason for the name change to the Legion of Doom?

In the WWF at the time there were too many Warriors so what are you going to do? It was easier to change a tag teams name instead of the Ultimate Warriors, so Road Warrior Hawk and Road Warrior Animal just became the Legion of Doom, and that is a name we trademarked. 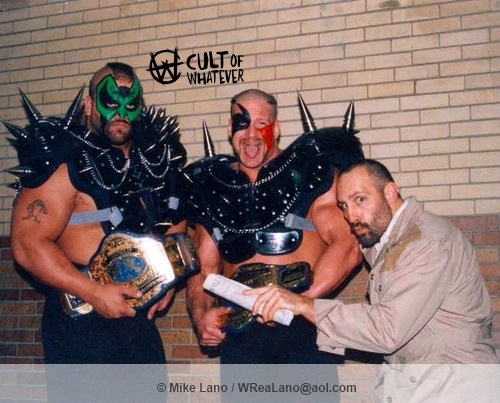 Who was behind the iconic look the Road Warriors had with the face-paint and the spike vests?

Ole Anderson told us to do the face-paint at the very beginning to be like a Mad Max character like Mel Gibson in the movie. We had the freedom to change the look ourselves all of the spike vests and leathers and stuff that was all our idea, most of it was my idea. We had a very synonymous look that people will never forget and never see again because it was so crazy you can’t duplicate it.

The likes of Sting and Ultimate Warrior donned the face paint because of us because at the time we were the hottest thing in professional wrestling.