Tully Blanchard was a second-generation professional wrestler who won numerous Championships during his career in the ring. However, Blanchard will be best remembered as a member of the Four Horsemen alongside, Ric Flair, Arn Anderson, Ole Anderson and JJ Dillon. The San Antonio, Texas grappler tasted tag team success on several occasions with Arn Anderson in NWA, WCW and in the WWF.

The 58-year-old was this year inducted into the WWE Hall of Fame along with the other members of the original Four Horsemen.

We caught up with Tully to talk about being inducted into the Hall of Fame, being a member of the Four Horsemen and what it was like limousine ridin and jet flyin with Ric Flair plus the current state of tag team wrestling. 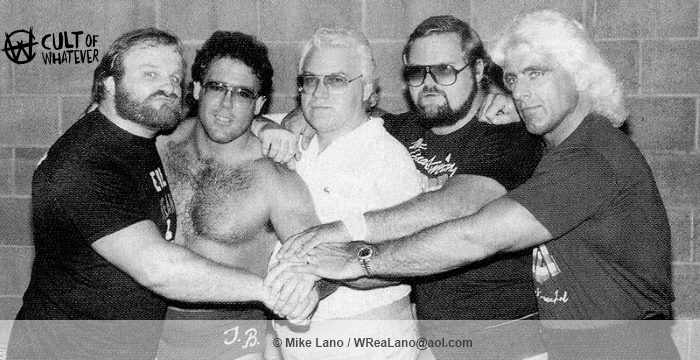 You were inducted in the WWE Hall of Fame this year along with the other members of the Four Horsemen, what was that whole weekend experience like with the Hall of Fame ceremony and WrestleMania?

The size of the event from the fan Axxess for three days, the Hall of Fame induction and then WrestleMania itself at the football stadium in Miami, it is an event now rather than just a wrestling show.

The Hall of Fame induction with the Four Horsemen came as a bit of a surprise to me because I have been out of wrestling for 22 years, and you don’t normally get inducted that long after your career. I do know that the Horsemen had a great impact on the wrestling business or we wouldn’t be talking about it in the year 2012, it was a great honour for me and a big thrill to have my children at the ceremony.

Your dad was a wrestler and promoter, was wrestling always what you were going to end up doing?

When entering the wrestling business I thought I was going to be involved in the promotion side of things rather than being the actual talent. My dad and I actually produced a wrestling show which was the first-ever wrestling show on the USA Network.

My journey to the ring was a long one, I started selling concessions at 10-years-old, then I started sweeping the arena’s, then I graduated to selling tickets, next I was putting up the ring, then I became a referee, so there wasn’t anything in the business that I didn’t know how to do.

You played Football at University with Tito Santana and Ted DiBiase what was that like?

Football paid for my college education, I did not operate under the illusion that the NFL was looking for a 5’11 wishbone quarter-back at the time, because that’s not what the NFL was about.

Ted played at West Texas before going on to make an early start to his wrestling career. Tito and I played together and then he went on to play a year of Canadian Football and then came back and when we finished in 1976 Tito and I moved to Florida together to start wrestling.

When you first began your wrestling career you got to wrestle with your dad, what was that experience like?

He and I wrestled one time together and it was certainly different, it was in Greenville, South Carolina in a tag team match. I don’t remember who we wrestled, I don’t remember the match but I do have a picture of he and I walking out to the ring together and just the fact of doing it made it a very memorable experience and one of the fond things that I have remembered over the years. 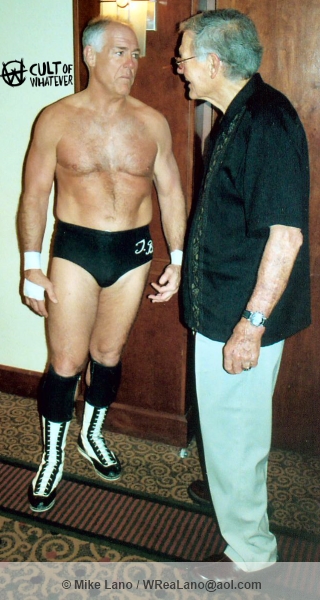 When you became Television Champion, you had many great feuds with the likes of Ricky Steamboat and Dusty Rhodes, holding the title for 353 days in your first reign. What was that like?

I got to wrestle some really neat people and entertain people a lot. I beat Mark Youngblood for the Television title in 1984 and then had a match against Ricky Steamboat at Starrcade that year, which was a good match but I think the four matches leading up to that may have been great matches just because of the time. Before Starrcade we had matches that lasted 20 minutes, 30 minutes, 45 minutes and 50 minutes, then at Starrcade itself, we wrestled for 12 minutes. You have to put Ricky in the top five performers of all time in the wrestling business.

Dusty Rhodes was one of the top five attractions in the business of all time and as he said at the Hall of Fame ceremony, we beat him up every night for four years.

How did it all begin for the Four Horsemen? You were television champion at the time.

The group just kind of started to be honest with you. The Anderson’s, Arn and Ole were the cousins of Ric Flair, I was wrestling Dusty at the time and they wanted to make an eight-man tag match, so they paired me with those three just because they didn’t want to have the single matches again.

Arn called us the Four Horsemen in the interview before the match, and it just clicked. The thing that I have said for years is, it was not a promotional group, there wasn’t a room full of writers coming up with the idea, it was just scheduling a match with the intent of trying to draw a full house with something a bit different.

The charisma of the four of us together and having all of the championship belts just worked. They kept sticking us in these eight-man tag matches for about a month, and the more they did it the more we kept going out there doing interviews together and that led to people knowing us collectively as the Four Horsemen. Then once the fans focused on us it became easy with the promotional machine in full swing.