From 1988 to the present day, Summerslam has been at the heart of WWE’s pay-per-view output and is arguably the third-biggest show of the year behind WrestleMania and the Royal Rumble.

In the very first event, the titanic tag-team match pitting The Mega Bucks (DiBiase & Andre) against The Mega Powers (Hogan & Savage) captured the hearts and minds of all who witnessed it. Fast forward twenty-three years, through Bret, Shawn, Austin, Rock, Undertaker, Van Dam, The Hardys, E&C, The Dudleys and a many more show-stealing acts, and we find ourselves in the midst of what was THE story of 2011 – CM Punk.

At the previous PPV, he and John Cena competed in what is widely considered the greatest match of the modern era. Going in, the talk was of CM Punk’s contract ending and the blistering promos the Chicago native was laying down weekly on RAW leading up to the Money in the Bank PPV, especially as CM Punk had stated that event was the last day of his contract and he would leave with the WWE Championship.

Amazingly, that’s actually what happened… for a few weeks. A lot of fans were disappointed that he came back so soon, but it did mean that Summerslam would be the place for a repeat of the Match of the Year. The big question was would they be able to pull it off? 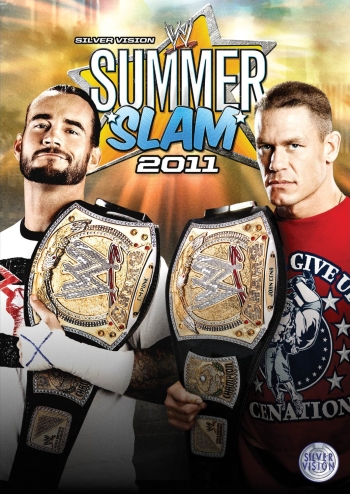 Summerslam kicks off with a fast-paced Six-Man that was filled with great action, near-falls aplenty and some sterling exchanges between the guys involved. I would like to have seen more made of the history between Miz and Morrison, but you can’t have everything.

The other non-titles matches are pretty sweet too, with Bryan/Barrett really standing out as they were given time to work something decent. Mark Henry had a thudding match with Sheamus, with a great ending that kept both men strong, and in the Diva’s Championship Match, Kelly Kelly held her own against the more experienced Glamazon. However, this really dented the Divas of Doom angle and, for me, it’s never recovered.

In between the action, we have a nice promo between Punk and Laurinaitis and a good interview with Christian, but Cee Lo Green looks lost out there and the fans really couldn’t give a damn about the always-smiling musical shortarse.

The other two matches on the card were for the Smackdown and RAW main titles respectively. Orton and Christian added to their immense catalogue of bouts in 2011 with a blistering No Holds Barred match that made full use of the stipulation and gave us one more RKO highlight reel moment. Following on from that, with the fans just being able to catch their breath, it was time for the rematch everybody expected big thing from.

Now, to be fair to this contest, the previous match had more of a story coming in AND was fought in Punk’s backyard, so it had a few things going for it that this one didn’t… including a lack of this level of expectation. It also had an added wrench in the shape of  “Special Referee” Triple H.

The rematch does fall short of the Money in the Bank encounter, but not by much. HHH isn’t as much of a distraction as he could be and the two wrestlers build on what has gone before with moves, counters, counters-to-counters and enough near-falls to last until next year’s Summerslam. In the end, the finish is a bit shaky and the post-match shenanigans basically undo all the good work done by Punk from the preceding few months, but on its own merits, this is another stunningly good match.

Only one extra and it’s pretty throwaway overall, but it’s always nice to get a champion’s reaction post-show.

This was a fantastic PPV that built on the preceding supershow. From the opening six-man through to the main-event, everybody put forth a commendable effort and left you feeling you’d got your money’s worth. Also, as this is a DVD, you can skip the Cee Lo Green stuff and concentrate on the wrestling.

Orton/Christian and Punk/Cena are worth the price alone, but add in the Six-Man, Daniel/Wade and the opening tag and you have a great value-for-money offering that I wholeheartedly recommend.

If you purchase the Blu-Ray edition, you also get the following additional content -: