This season is shaping up to be a 90s country fan’s dream. As such, call me Mary Chapin Carpenter, because hot dog, I’m feeling lucky tonight. Not lucky, though, is the office of Dewell and Hoyt. And not to bring down the vibe–my vibe–but I have some questions here.

Number one, that is a huge office, especially for one to two detectives. I guess that’s more of a statement. And okay, maybe they just got a really good deal. But number two, why don’t they have better security in this office? I mean, I assume they have sensitive client files in there, given the nature of the work they do, so there’s that. 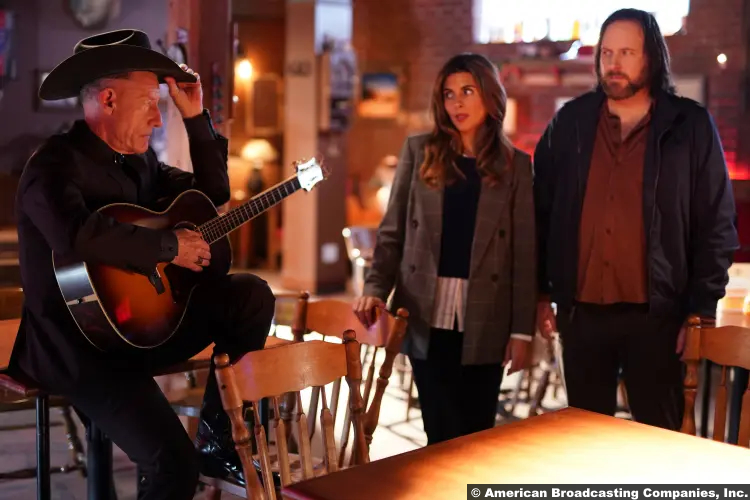 But more importantly, Cassie’s dad was murdered there, a fact to which they do, at least, allude. So why not put up an alarm system? The surveillance camera they have is as crisp as fresh lemonade, yes, but it’s obviously not a deterrent. And it has no real-time alerting capabilities. Literally, anyone could wander in off the street and root around, which is exactly what happens this week.

It doesn’t look like the masked person takes anything, although they do leave “COME GET ME” as a parting shot on top of Cassie’s Bleeding Heart Killer evidence. (I am respectfully refraining from a tangent on how all that’s just out in the open.) They also leave Denise, terrified but unharmed, hiding under a desk.

In the wake of all this, Jenny insists that Cassie move the office to the sheriff’s department. That’s a no-brainer, since Cassie is essentially investigating one of the department’s cold cases. And wouldn’t you know it? Beau and Jenny don’t have their own case this week, so they help with this one. Because again, it is essentially their case.

When they’re going back through the files, though, they see that one, regarding a suspect, is missing. Don’t get too excited, however, because that’s a dead end. The file in question is part of the case Denise told us about, Blair Lucan, the teenage girl they found at Dead Man’s Drop. Specifically, it’s the file on her boyfriend. The detective on the case took that file with him because he thought the boy’s dad, a prominent local resident, was trying to exert too much power. In other words, he thought Daddy might try to bury his son’s possible involvement so he took the file to protect it.

Obviously then, you’ve got to go talk to the boyfriend. He’s a real sad sack, having since then devoted his life to the tender art of methamphetamine manufacture. But maybe that’s because when he was a teenager, someone cut out his girlfriend’s heart. In any case, he points the cops to Blair’s father. He claims that her dad was abusive. 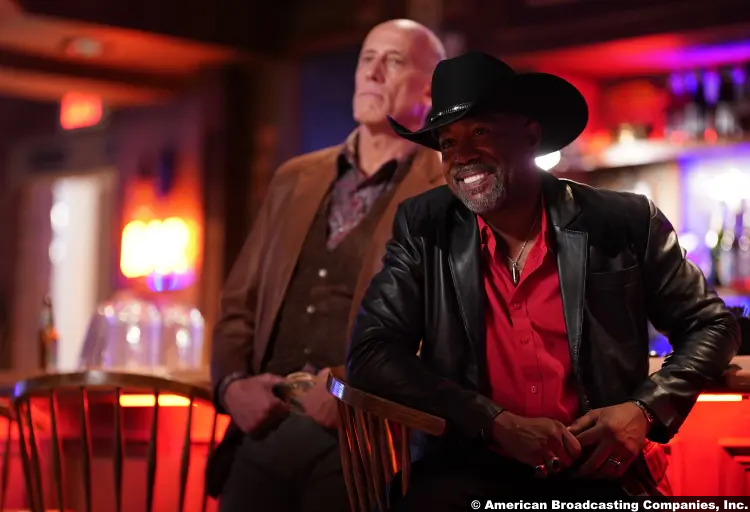 But again, it’s a dead end, probably. He turns out to be the one who broke into the office, but that’s just in service of his main priority, which is the search for Blair’s killer. I mean, I guess, but all of this is more than a little weird. First of all, it’s like they forgot about the allegations regarding the abuse. And second of all, dedicated dad or not, that little wall art of his with the decoupaged childhood drawings and the heart sculpture was very unrealistic. It came off as what it was, as something someone in production design created, rather than something a grieving father built.

Whoa, that’s another tangent. Anyway, that’s basically as far as they get, except for the detail that someone saw probably Walt around the area when Blair disappeared. Speaking of, let’s return to the glampground. I could have said that Mary is also not lucky, but that felt a little glib, even for a fictional character. She’s dead, after all, and Sunny has to come up with a plan.

She decides that they’ll embark on a night hike to take advantage of the incoming supermoon. Then they’ll just happen to stumble upon Mary’s body. Traumatize your guests–great plan. Instead, before the hike can even commence, Emily finds the body. Traumatize a youth–great plan.

Emily is out in the woods, by the way, because she’s looking for Luke. He done up and skedaddled. Meanwhile, Avery talks to Tonya and Donno about Luke. It plays as very clumsy and obvious to me, as if he’s trying to be a tougher and more clever guy than he actually is. However, it irritates Tonya enough to call a meeting with that Some Guy who hired them. (Note: The show billed him as “Suit” for that episode, but we learn this week that he’s Tony.) 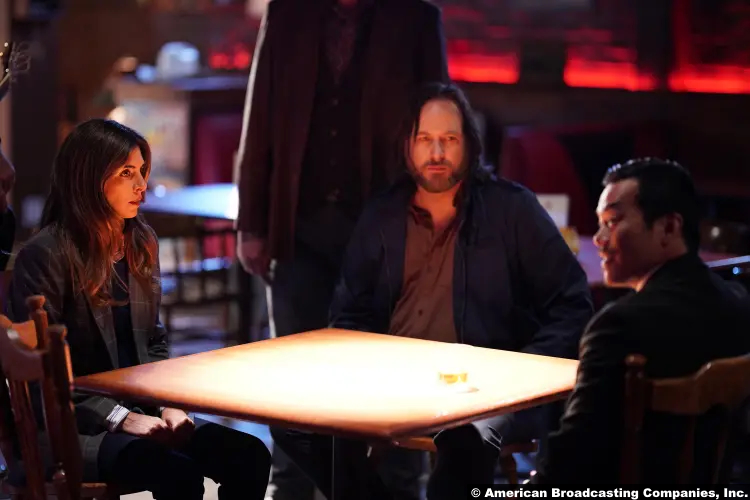 At the Boot Heel, Tony waits for them, along with Tex (THE Lyle Lovett) and Possum (Darius Rucker). They are singing “Down in the Valley,” as criminals do. Tex is supposedly a world-class tracker, which, why isn’t he after Paige and Luke? Don’t know. We don’t get a CV for Possum, but Tony tells us that he “does his business at night.” Hey, me too! Like Tonya, Possum has his own weirdo, Winston (Alex Fernandez). “He’s mostly nice,” until “he’s not.” Again, like Donno, who hilariously asks Possum, “You got a pouch?”

Just as Donno predicted back when they met Tony, this job changes from finding to killing. Tonya tells them that Paige is in the wind, but they’ve found Luke. Fantastic news, now kill him. Tonya is visibly uneasy about this. Anyway, they have to find him first. We end the episode as Donno is tracking him through the woods. He doesn’t find him, but Paige and Walt do. Given that Paige seemingly materializes out of the trees like an urban legend ghost girl, I’m guessing this isn’t going to be a meet-up for fun?

9/10 – Not only are we getting somewhere with the storyline, but there was also that scene in the bar. It’s brief, but it’s everything that I hoped it would be. Obviously, they know that, since all the promo images for this episode are only from that one scene. (And also, they made promo photos for the show after not doing so for almost 3 weeks.

But back to the forward motion: I still think the scenes with Blair’s dad were odd, but maybe that was a misdirect. I can’t decide, though, on the scenes with the Barnes men. At one point, I found myself wondering if Cormac were the killer. Then Buck was so peculiar when Sunny left him alone with Mary’s body that I started wondering about him. He would fit a lot better, especially if these murders go back as far as the theories seem to indicate.