Big Sky S03E06 Review: The Bag and the Box – Nothing really happens

We’ve got weirdo vs weirdo in the woods this week, along with a side crime whose motive is…uh. I’m going to find a way to talk about this without hollering. (Literally, everyone who has ever met me: Why start now?) I’m still doing that thing where I try to be more generous, after all.

It’s going great, thanks for asking. It is a challenge this week, though, because we don’t really get much forward motion with the main case…s. To start, Cassie has Walt’s burned-out truck now. That’s something. It is not, however, much. 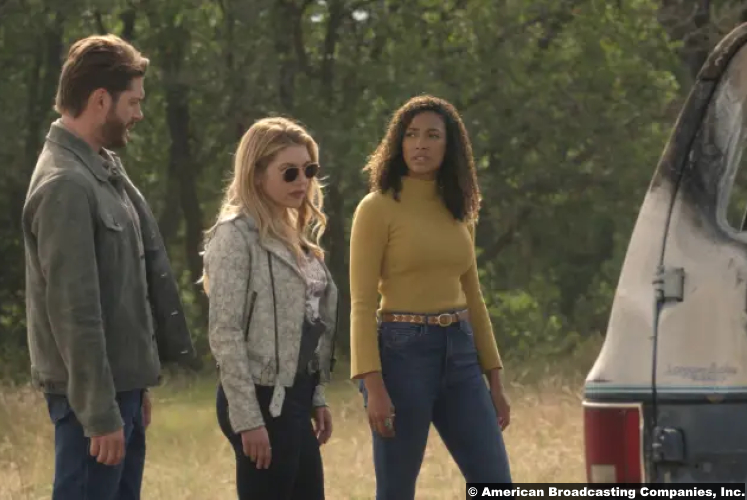 To that end, she’s able to trace the VIN back to Buck Barnes. He has a very plausible story, though, wherein he sold the truck to Some Guy years ago. If Some Guy didn’t properly complete the title transfer, then that’s hardly Buck’s fault, right?

So that’s seemingly a dead end. This scene serves a few purposes, however. For one, it puts pressure on Mr. and Mrs. Barnes, as it’s Cassie coming around to ask questions again. You can imagine that the stress is getting to them, and this is just one more piece of straw on the proverbial camel’s back. And it also creates suspicion for Cormac.

It also also creates additional tension between Cassie and Sunny. Cassie just had to mention that the guy she’d seen driving the vehicle seemed like a big ol’ oddball. Now, I don’t know if she’s doing that because she senses some connection there or if she just loves an opportunity to share a wild story. (I am a Southerner and thus, genetically predisposed to storytelling; I understand the impulse.) But the end result is that Sunny announces, after Cassie leaves, that she doesn’t like her.

And that’s almost it for the glampground this week. There is a small moment where Emily snitches to Carla about Avery’s snooping. Avery finally cops to its not being accidental, but makes up some claptrap about how he wanted to be a hero. You know, before Emily called in Beau to save the day. Sounds very fake, but okay for now.

At the same time, Paige has Walt running missions in the glampground to find her bag. Neither of them know, of course, that Sunny buried it. I don’t want to get off on too much of a tangent–again, people who know me are asking what changed–but much like the handling of Mark’s body, I don’t understand this move. If Sunny wanted to hide it, then why not just take it off the property?

Dunno. (Also, actual tangent time: What’s with Mary’s (Sofia Embid) little comment about taking that bag on a camping trip? First of all, you’re glamping, as I’ve think we’ve established. Second, it’s…it’s a duffel bag. It’s a little gaudy for my taste, but it’s functional. Just seemed strange. Maybe it was a way to give her some personality before we–and Sunny–watch Buck kill her. Oh, yeah, RIP, Mary. ) 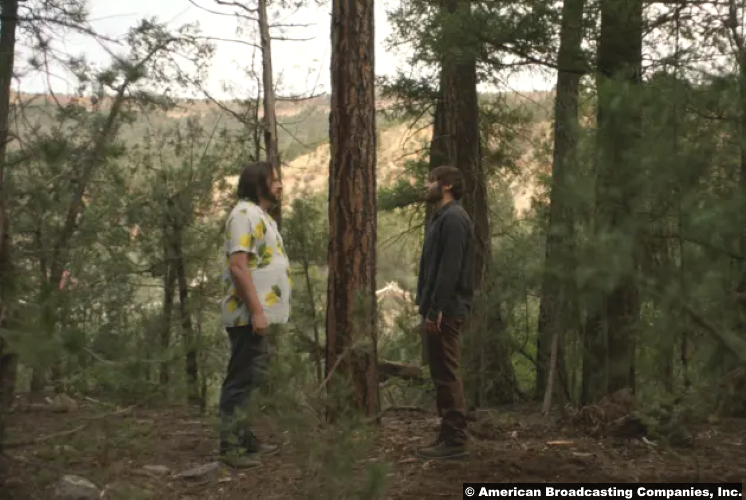 Anyway, before Mary finds the bag, apparently unearthed by animals, this means that Walt is coming onto the property a lot. You’d think that someone would notice, especially given the recent events. Well, someone does notice and it’s the absolute last person you want noticing that you’re up to something. That’s right, it’s Donno. He just walks right up to Walt in the woods and is basically like, “Whatcha up to? Something creepy?” When he asked Walt if he lived in the woods and Walt was like, “Why would you ask me that?” I laughed out loud when Donno told him, “…you got that ‘I live in the woods’ vibe.” Did he lie?!

They could write (and Ryan O’Nan could play) Donno as a big dumb lunk. But I like that with scenes like this and the one in the jail cell that they’re showing him as multifaceted, complex and calculating. It’s also just fun to see two eccentrics interact. 10/10, no notes.

Meanwhile, our case of the week. It begins when someone steals a Trans Am, but not before murdering the owner, who came to check on the noise. It quickly becomes clear that it is part of a growing string of crimes that all center on Pontiac Firebirds of a certain vintage. As the thief/murderer has ripped up the carpet lining in the trunk on both cars he’s jacked so far, something else seems evident. He’s looking for something.

As Beau and Jenny, with an assist from Poppernak, figure out, he’s looking for something in a certain Trans Am. An old ex-con, Mickey Prescott (Brad Leland), used to own the car, but he denies knowing anything about the shenanigans involving it now. Bzzt, he’s lying. It turns out that he hired the thief to track down his old car. He did not, however, hire him to kill anyone, so Mickey kills the thief. 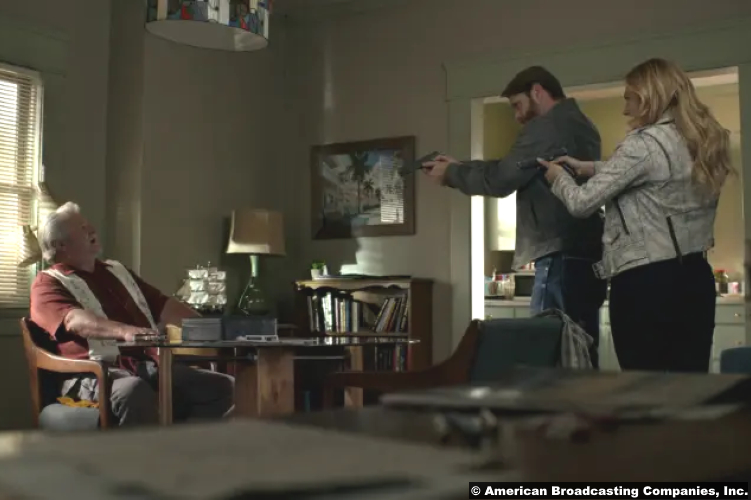 But what was so important we had to comb through every ’79 Firebird in the state? A baseball card. Yes, it’s a Mickey Mantle rookie card, and yes, I’m not named Mickey, so maybe I can’t relate. Actually, no, I don’t relate. I would probably have a lot of affection for something that could garner me millions, but enough for prison? I’m good, love–enjoy.

7/10 – That Walt/Donno scene probably pushes the score up more than it would normally be. As I said, there’s just not much that really happens this week, outside of Mary’s death. And as we didn’t know much about her, besides her terrible taste in men and that she’s oddly judgmental about luggage, it doesn’t really register as much as it could. It is another piece of straw, though. And how many more can the Barnes family take before something big collapses?

Also, the promo for next week seems to indicate that Paige and Luke stole from an organization that includes Darius Rucker and the Lyle Lovett? Hmm, can’t wait.