While part 1 comprised a run of feature-length episodes, part 2 of Stranger Things season 4 is only two episodes. That doesn’t mean they abandoned the feature-length aspect, though. Far from it, in fact, as the season finale runs almost two and a half hours. That’s a lot of time for story in not a lot of episodes. So let’s pop a Surfer Boy pizza* in the oven and get into it. [As always, this will contain mild to medium spoilers.] 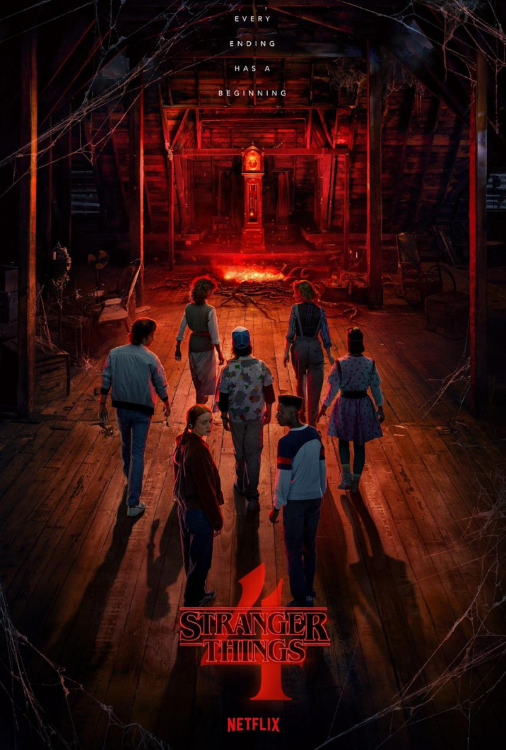 When we last left Hawkins (and other places), things were, if not a mess, then mess-adjacent. In Hawkins itself, the kids had found other gates to the Upside Down, one of which sucked in poor Steve. When Nancy, Robin, and Eddie went in after him, Robin and Eddie made it back out without incident. Nancy’s attempt, however, saw her make a lateral move, vaulting first into the Upside Down’s swimming pool, where Barb lost her life.

Despite the guilt she still carries over her friend’s death, Vecna (Jamie Campbell Bower) didn’t stop her escape so he could make her one of his crumpled victims. Instead, maybe knowing she’s a journalist, he wants her to spread his message. To that end, we learned in part 1’s finale that Vecna was actually One, the first child in Dr. Brenner’s trials. Through his abduction of Nancy, we find out that he was originally Henry Creel, whose family were Vecna’s first known victims. 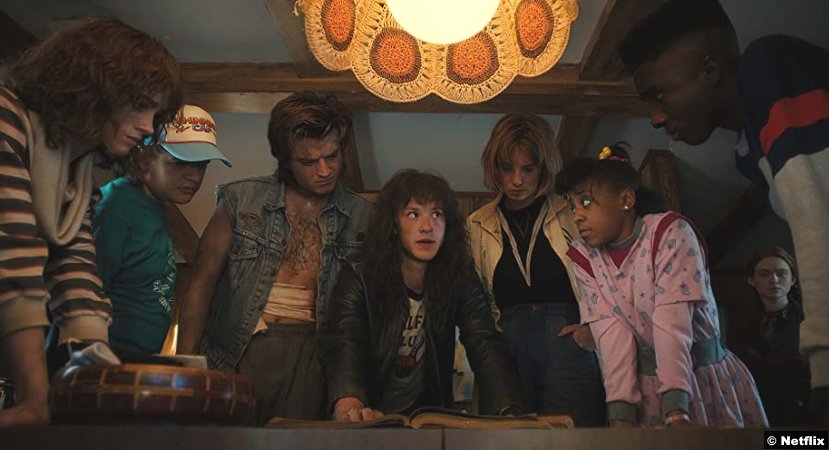 I really liked this storyline, both its development and its reveal. First of all, we meet him as a kindly…ish orderly who takes Eleven under his wing at Hawkins Lab. I know some audience members suspected him of being One pretty much from his introduction. I noticed, though, when rewatching earlier scenes that there were hints of one of his other identities. For instance, the way he talks to El sounds a lot like the way Vecna talks to his later victims.

The reveal that he was also Henry Creel came as a complete shock, at least to me. We know from the conversation with Victor Creel (Robert Englund), Henry’s father, that Henry was the first to sense something was wrong. Victor, who still believes a demon was behind his family’s misfortune, ostensibly means wrong with the house. But while that may be so–what’s a spooky show without a hellmouth?–the wrongness Henry sensed most strongly was with the world itself. He alone can save it. 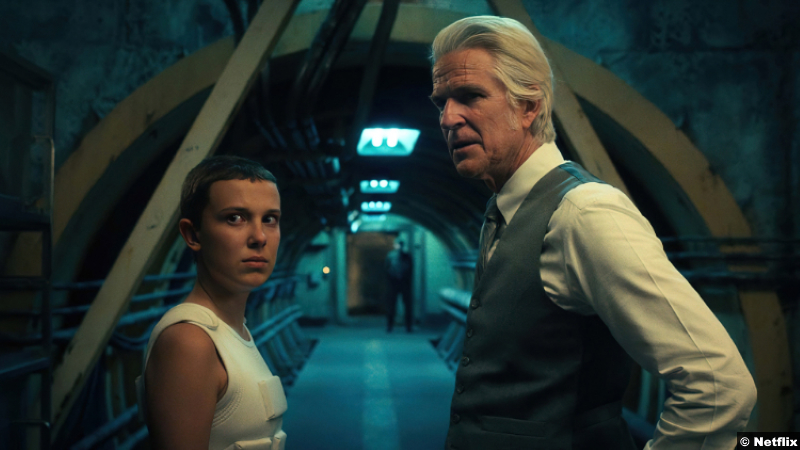 This, the hijacking of Nancy, and his still somewhat humanoid appearance make it easy to categorize Vecna. He’s got a lot of snazzy abilities, but peel those away and he’s just another sad little man grasping for power. But he does have those abilities, so as we end the first episode, the Hawkins contingent is preparing a multi-pronged attack to fight him directly, taking their places as a slowed-down version of Journey’s “Separate Ways” plays. 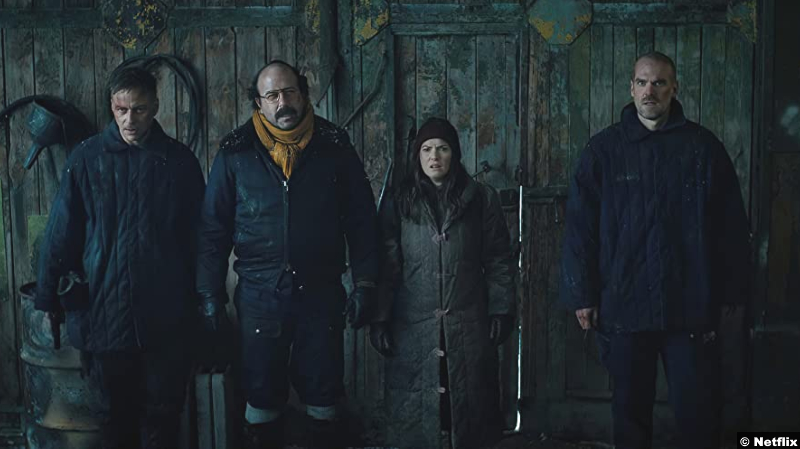 That track was obviously, in part, a nod to the fact that this season divided its characters more than any before. Joyce and Murray end up in the Soviet Union, for instance, as a result of their mission to retrieve Hopper. Out in California, we’ve got the Byers boys, Eleven, and a visiting Will. Once Dr. Owens brings Eleven to a hidden lab in an attempt to restore her powers, this only further divides the California contingent.

This storyline, of course, sees a return of Dr. Brenner, Eleven’s “Papa.” I liked this as well. Dr. Brenner is an SOB, for sure, but he’s an interesting one. His reappearance also gives Eleven closure. Not only does she get to finish her chapter with him for good, but she also gets to tell him that he’s the one responsible for everything. 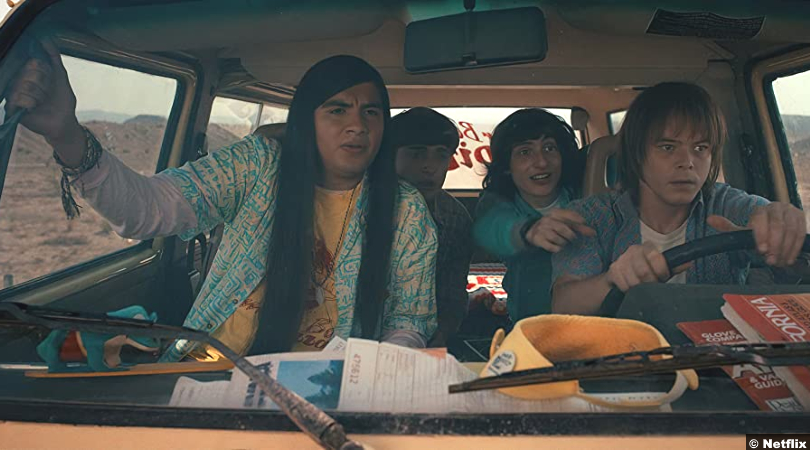 I hope she remembers this, especially after Vecna blames her in the final episode. Yes, technically, she created an opening to the Upside Down and forced One through, turning him into Vecna. But she was only in that position because of the choices Martin Brenner made. He plucked baby Jane out of the life she was supposed to have, after all.

And that’s the kind of thought that a puffed-up ruffed grouse like Brenner would never even entertain. That arrogance, by the way, is something that he obviously shares with Vecna. That can be a good thing. When you’re too confident, you can underestimate your opponent. We’ve seen One/Vecna do that twice and both times, Eleven has beaten him. 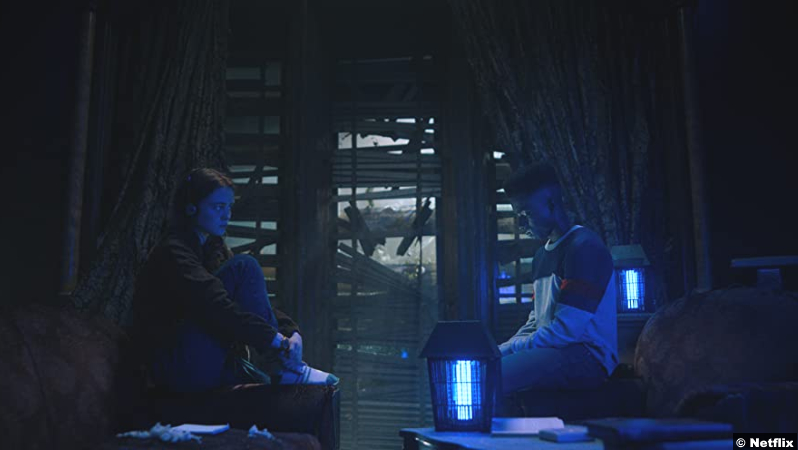 However, both of those victories have come with catastrophic consequences. The first, of course, introduced the Upside Down and all the trouble that came with that. In the final episode, Max’s momentary death triggered Vecna’s ultimate plan, the destruction of Hawkins and beyond. That means that season 4 ends on a much bigger bummer than any season before it. Other season finales have hinted that the dark forces of the Upside Down still lingered. But this time? It’s only the end of the world.

8/10 – As I said–or hinted at–in the review for the first half, I think they’ve done a much better job this time with juggling the many characters, as well as giving them all space to develop. Part of that is probably due to the wild episode lengths. I still haven’t decided if I’m for or against the extended runtimes, but I think it mostly works.

Further, this season required a lot from its actors, with some emotionally devastating moments, and they more than met the challenge. Millie Bobby Brown was fantastic, of course. I also want to mention again Joseph Quinn and the outstanding work he did as Eddie. But if there were an MVP for this season, both parts, it was clearly Sadie Sink. Jim Hopper is “the hero of Hawkins,” but so is Max. And Eddie.

*Yes, this is a real thing, or at least it is now. I tried the Supreme and it was very…okay. Trying it is what took me so long to finish this. (JK, I’ve been very sick.)