One of the biggest questions from the past two episodes is what exactly Bonnie and Clyde are seeking in their bank heists. Despite Bonnie’s burgeoning love of human stuff, they couldn’t care less about the banks’ money. Maybe they should, since our first glimpse of them in this episode is their cooking a snake to eat. As the brain of the philosopher, Homer Simpson once said, “Money can be exchanged for goods and services.” Like not snakes.

Anyway, enough about my worries regarding their financial state. We find out this week what they’re after. Kind of. Dallas has a very fruitful conversation with Graham Green. I don’t know if he’s pushing him to reveal things, because I can’t keep track of what powers everyone has now. As far as I knew, Dallas was just a water bender? But I digress once again. 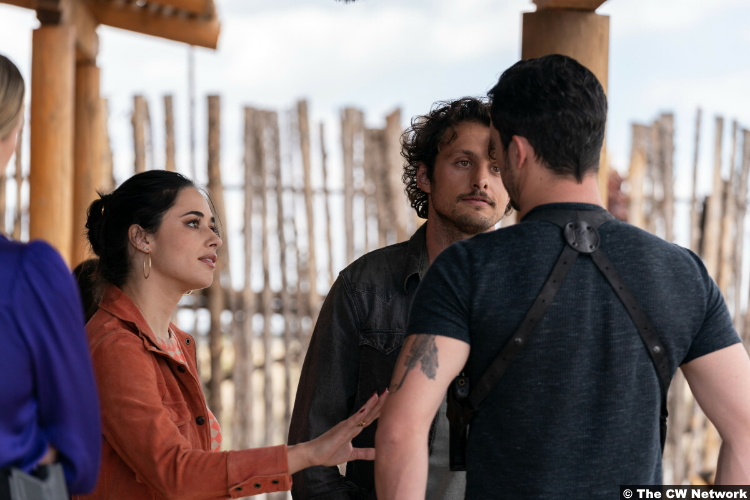 Graham says that his grandfather was a bank guard back in the olden times (the 20th century). He claims that Peepaw once saw…someone loading a case into the bank vault. Not only did it have a mysterious sigil on it, but it was also glowing. Yep, that’ll get your attention. The biggest takeaway from the conversation is that the case was actually at a different bank branch, not one of the ones that Bonnie and Clyde have robbed so far.

Speaking of Bonnie, she’s drowning her sorrows at the Wild Pony. That sure is a coincidence. I say that because I’d been laboring under the presumption that the Pony was pretty much the only game in town, bar-wise. Then we had that beer festival in the first episode and I found out there are like, many pubs and such. So her showing up at the preferred bar for aliens seems lucky at the very least. 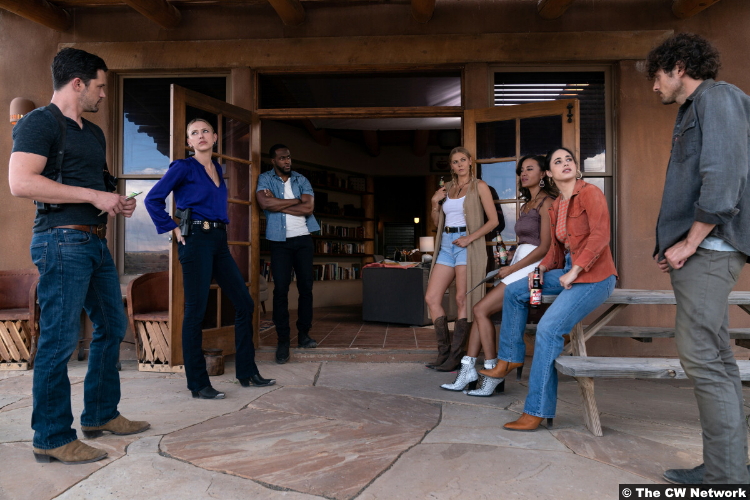 And I don’t know if Michael recognizes her as an alien right away. He strikes up a conversation with her, though, and when she hasn’t heard of Footloose, you can see it on his face. It looks like he wants to ask, “What are you, an alien?” As for her sorrows, she’s a fun-loving sort, as we’ve seen already. All this focus on doing their work, like Clyde keeps insisting, really bums her out.

One time when I was visiting my grandparents, my grandfather asked what I wanted to do while I was there. I said that I wanted to “have a good time and laugh a lot.” I still want that and that’s exactly what Bonnie wants. Failing that, she’d just like a single friend. Michael immediately recognizes an opportunity, which Max predictably immediately shuts down. 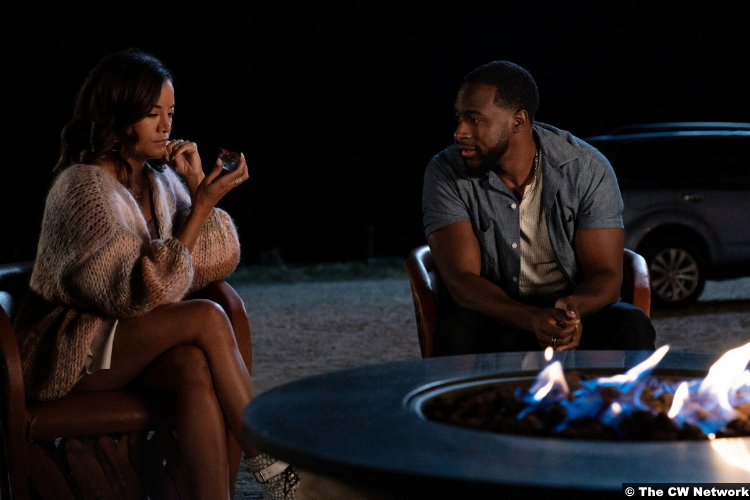 To give him the benefit of the doubt, however, this isn’t just the usual Max being a drag. He’s got a lot on his mind and he’s nervous that everything could fall apart. To not give him the benefit, though, I’m kind of with Michael on Max’s plans for the new triad if and when he catches them. Those plans, of course, are to lock ’em up. Having seen his mother in alien lockup, it’s unsurprising that Michael would be against that. As for me, I just think it’s a bad idea.

I’m sure we’ll see lots more conflict between Michael and Max as the season continues. But at this point, what Michael’s doing is working. He’s developed a friendship with Bonnie, which could pull her to the side of the Pod Squad. Plus, he’s not just doing it for that; I think he’d like more alien friends. But now that I’m on the subject of relationships, it’s kind of weird that he just never checks in with Alex. I know he’s off doing important weather balloon things, but still.

Regarding those weather balloons, that’s Liz’s cover for when she and Max just show up at an abandoned oil derrick to find Shivani (Rekha Sharma) and her company already there. Shivani is refreshingly candid about her interest in alien technology, which I appreciate. It also seems very obvious that her wife Allie is the same character Shiri Appleby, aka Original Liz, played in last season’s finale. Wonder when she’ll show up? Finally, let’s end this with a 1984-style Two Minutes Hate. As in, I’m going to talk about the things I didn’t like about this episode, because boy, did I really not like them. Number one, the whole double date scenario with Isobel and Anatsa having drinks with Kyle and Kira (Ellen Humphreys). None of it felt necessary. It just feels like we’re just biding time until the show smashes Kyle and Isobel together. Please set Kira and Anatsa free to find people who appreciate (and won’t mindscape) them. And while we’re at it, number two, is please stop torturing Maria. Just let her have her powers and a not-disappearing mom. Oh, and Jones’s body is missing, of course.

7/10 – Despite the things I enjoyed in this episode, like Bonnie’s continued lust for (human) life, it just feels like we’re treading the same ground we’ve been over before.