We open on an intense space battle on a Starfleet vessel. Shots fired, the ship being taken over, all hope lost, and then…the Borg! Ack! And through it all, Picard is…doing literally nothing, until he orders a self-destruct and then…
Picard spends a lovely day enjoying his wine harvest with his loyal Romulan friend Laris, and then, things get awkward between them, because our great and fearless leader is afraid of only one thing: love.

So he goes and finds Guinan, cleverly working at 10 Forward, a bar in San Francisco. The two of them have a good chat about how Picard is only afraid of one thing: love. 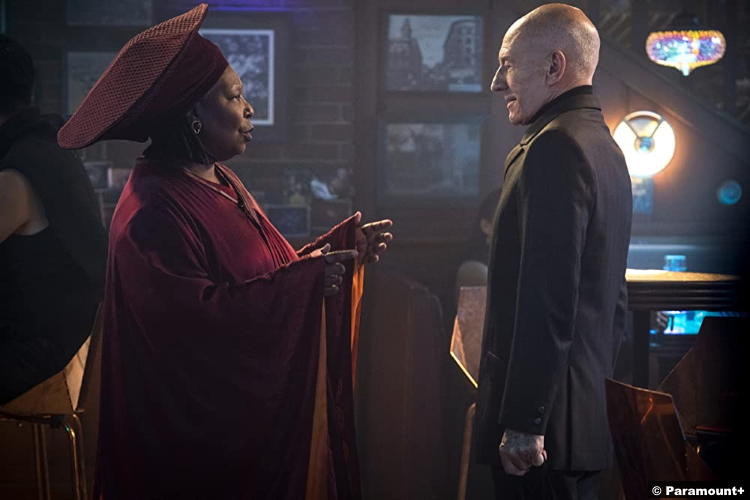 And that’s the end of the Will Picard Find Love portion of the episode.

Picard is back at Starfleet, and apparently, all is forgiven from last season, for everyone, apparently. Captain Rios is now a proper Starfleet captain helming the Stargazer with a huge cigar in his hand. The Stargazer is a new version of Picard’s first command ship – and the first in a class of ships using Borg technology scavenged from the Artifact Cube.

Dr. Jurati – who apparently got off of a murder rap through an insanity plea – is getting drunk with Deltans while Soji charms them with a subroutine toast about friendship. And Picard is giving the commencement speech at Starfleet Academy, where Elnor is proudly graduating as the first Romulan cadet. And Rafi is also there, reinstated, and will be joining Elnor on the Excelsior. There’s definitely something between Rafi and Seven of Nine, but it’s not really given much discussion.

But then…as if a message carried on a hologram in a trashcan droid, a message from the stars: Help us, Picard. And so, like the dutiful dude he is, Picard flies up to this weird green anomaly (it’s a green anomaly…that should be your first sign this ain’t gonna be good) and joins the rest of the cast on the Stargazer.

Yep, it’s the Borg, and Seven of Nine (who is also on the Stargazer because she stumbled on the green anomaly whilst fighting off smugglers on Captain Rios’s old ship) is having none of it. They’re the Borg. Kill them to death until they die. That’s her take. Picard isn’t so sure, and so… 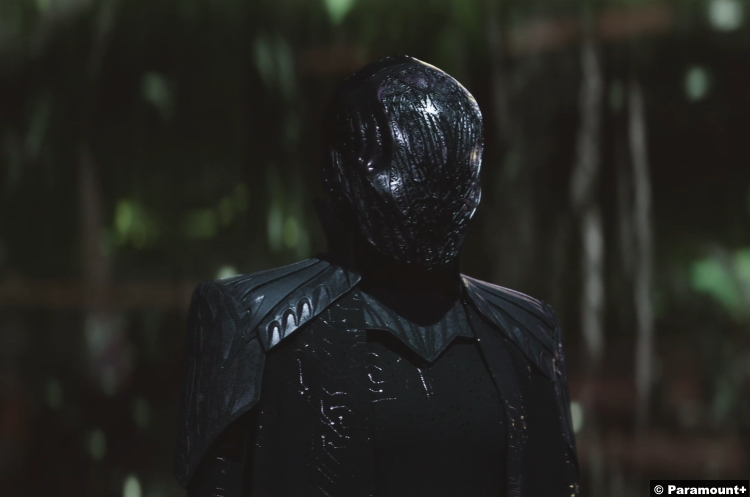 The Borg Queen beams onto the Stargazer looking like the Phantom of The Opera, complete with silly flapping cape, and proceeds to take over the ship. Picard stands there while the rest of the crew scrambles, and then after standing there looking bewildered for like, a while, Picard orders the ship to self-destruct. Which it does…
And then he’s back in his chateau, but all is not right…and there’s the man himself. Q. The trial never ends. The road not taken. 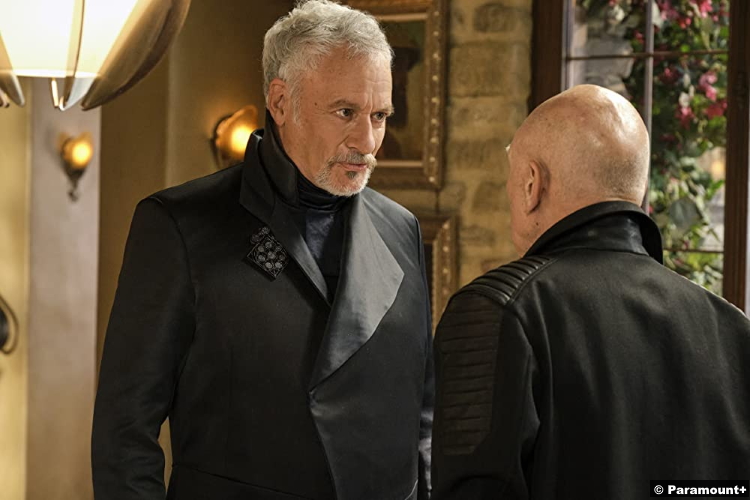 Ok, so that’s the plot of this episode.

I loved seeing Picard back onboard a Starfleet vessel, but…then he doesn’t DO anything. Except for ordering the ship to self-destruct. It’s Captain Rios and Seven and Jurati and the rest of the crew who scramble to fight off the Borg invasion. Picard is literally just standing there. I really don’t get it.

I could nitpick a few other things here and there, but I will say that this episode did actually feel more like Trek than a lot of Season 1 did. The Stargazer looked like a proper Starfleet ship, and not a grimdark shadowland like Rios’s ship or Disco in Season 1. It was great to see Guinan again. The fact that both Guinan and Q come from races that don’t age required a cute quip about “choosing” to age from Guinan and a disturbing CGI de-aged Q snapping his fingers and turning into what John DeLancie looks like now.

This episode felt oddly short. I’m sure that’s subjective, but I kind of felt like it ended kind of suddenly.

I’m intrigued by the plot of this season – apparently, they’re going to go back to 2024 San Francisco, which…I guess Star Trek’s past, including the Eugenics Wars, is just going to keep moving forward in time over and over again.

And what of the Borg? Why did they want to negotiate a peace with Picard? Are we going to find that out, or did that plotline vanish with a snap of Q’s finger?

And will Picard find love?

7/10. -This show still feels like it’s fighting itself – there’s an element of the old, hopeful Trek there, but it’s constantly battling a nu-Trek grimdark that can be really jarring sometimes. We’ll see where this goes. 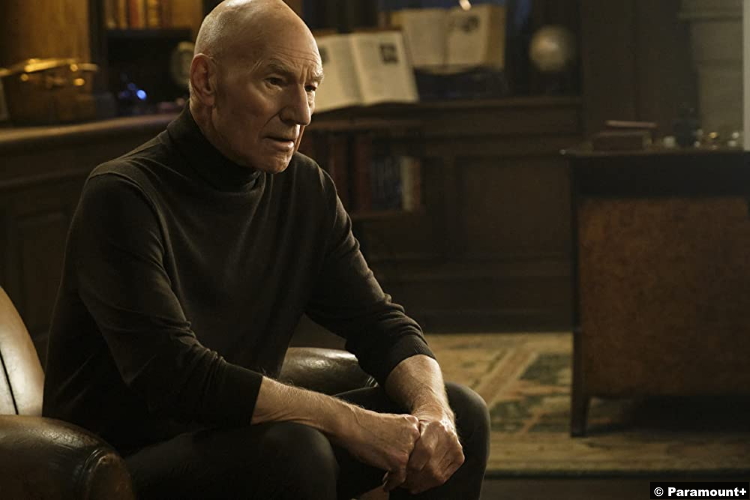