REVIEW: Turning Red is a bizarre take on puberty

I don’t know if I even know where to begin with Turning Red. 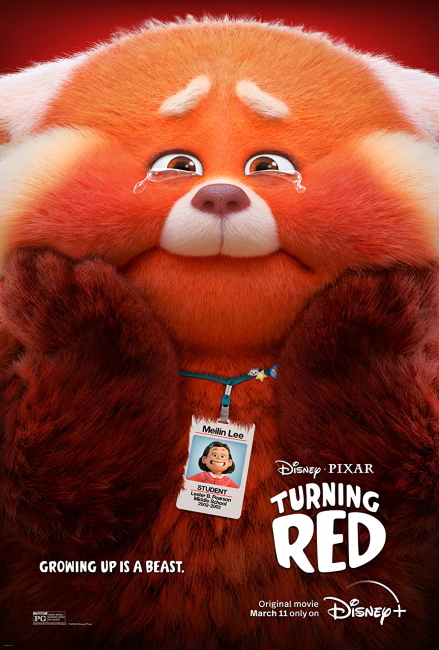 Let’s start, not with the premise or the characters, but the world in which it takes place. It is the year 2002. The primary characters are in 8th grade but for me, that’s senior year. Despite the colossal difference between being a 13-year-old and an 18-year-old, I still felt an instant connection with the world. Girls are cooing over boys while also clumsily stumbling over their suddenly oversized feet. There are boys awkwardly trying to appear macho when really they are walking embarrassments of self-loathing. There are boy bands.

My gosh are there boy bands.

Probably the most accurate thing in this fever dream world of heightened reality was how ubiquitous the boy bands were from the late-90s to mid-00s. The movie focuses on one in particular, but I know a dozen others were being loved by other kids who weren’t the focus of the film. Everyone had their favorites and everyone hated every other one. And in five years they’ll all pretend they hate them. And then in another fifteen, they’ll love them again.

Darn it, Backstreet’s Back slaps, alright? I refused to understand this as a youngster but I understand it now. 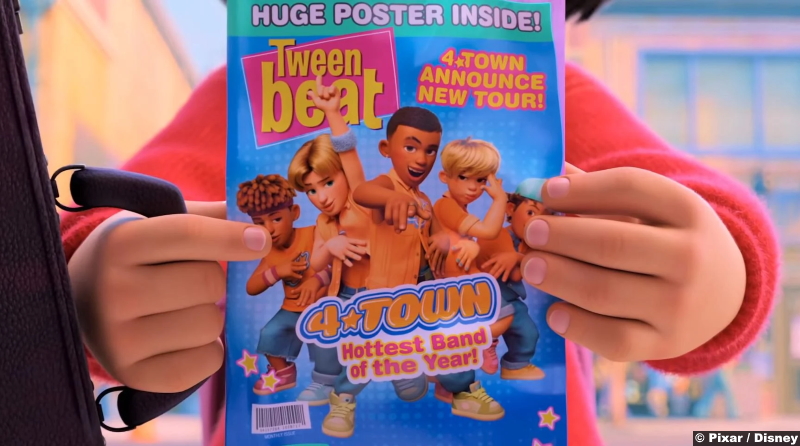 Oh and there are anime influences everywhere, and the climax of the movie features what can only be described as a kaiju fight between two giant red pandas. Seriously, this movie is bananas. It exists in a strange version of reality, with hyper-active editing, static-frame animation, and more sparkle eyes than you’ll find in a whole season’s worth of My Little Pony.

The plot is the plot but it’s the subtext that drives the story. The plot is about a girl (Mei Mei) always eager to please her mother—a mother who expects nothing short of perfection and that her daughter only have the same likes and interests that she has—who, around her 13th birthday, discovers there are things she likes that her mother doesn’t approve. That realization and, more importantly, her grasp of the implications of it vis-a-vis their relationship, triggers a transformation in her…literally. 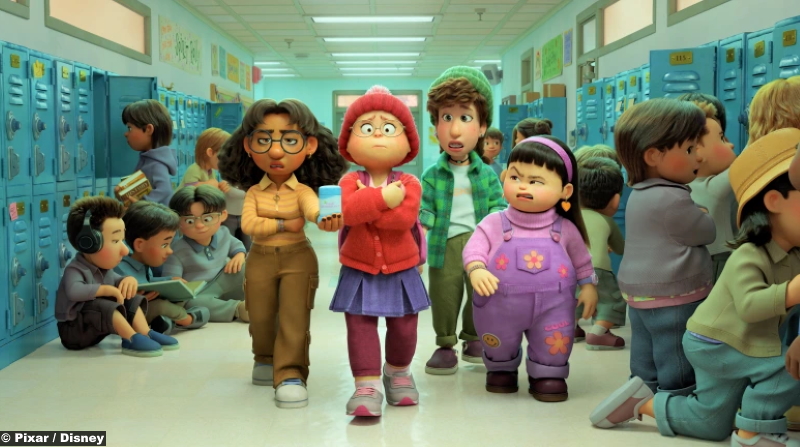 She becomes a giant red panda.

Fortunately, there’s a spell that can change her back and turn her back into the little mini-me her mother desires her to be. It can only be done during a red moon, and that just happens to coincide with the boy band concert she and her friends are desperate to attend. Of course, her mother wants nothing to do with those friends or the concert, and her stubbornness only drives her daughter away more. When it’s time for the ritual, the daughter rejects it, keeps her panda persona, and goes off to join her friends. This leads to the aforementioned kaiju showdown with mom, after which her mom sheds her panda skin and accepts that her daughter will not.

The movie is…weird and a half. 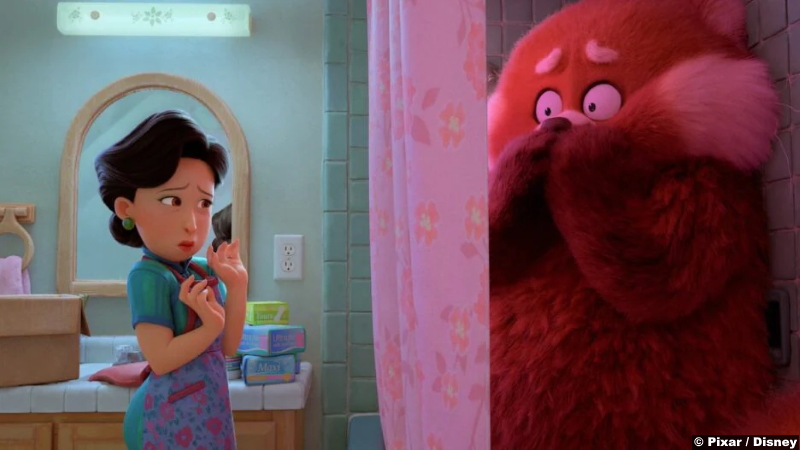 But, as I said, the plot is just the plot; the subtext is where the movie butters its bread. In that respect, the film is reminiscent in meaning to a previous Pixar film, Inside Out. The earlier movie, however, did a better job in basically every way. It used its premise more creatively, was more sharply written, and had a much better-realized distinction between protagonist and villain, and overall felt like a movie whose ideas were completely thought-out, whereas Turning Red’s big ideas came off a bit too half-baked.

The subtext of the film is puberty, growing up, the awkward, often frustrating change from child to adult we call “adolescence.” Our brains are hardwired to rebel at this age. It’s all part of the change from someone entirely dependent on adults to becoming an adult capable of being depended on. If we didn’t rebel we’d remain comfortably at home, never having the ambition to set out and blaze our own trail. Rebellion doesn’t have to be messy, heartbreaking, and family-splitting. It can be a period of communication and mutual understanding, with parents learning how to loosen the leash, and adolescents learning that trust has to be earned, and maintained. 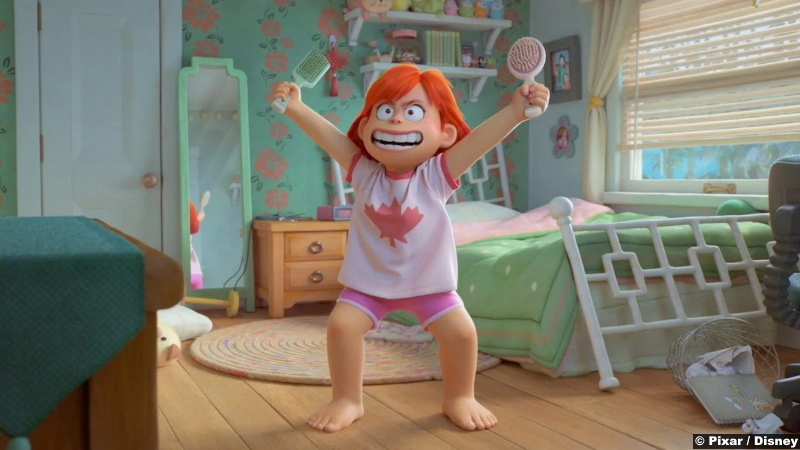 Parents have a hard time loosening the leash. It’s hard not to see your teenager as a little child. Kids, on the other hand, fail to appreciate the other side of the adolescent journey. For them, it’s all about hurrying to that finish line that, when crossed, means you get to call yourself “grown” without anyone rolling their eyes or needing to correct you. What they don’t realize is, when you do cross that finish line, suddenly the safety net is removed and you’re expected to be responsible, capable, and self-sufficient.

Unless these two points of view are communicated between parent and child, the adolescent journey will be a rocky one. Sometimes, even when it is communicated, the parent still holds the leash too tight. Sometimes the child takes the loose leash for granted, breaks parental trust, and has to be reined in, which only leads to more rebellion, a cycle that often ends in heartbreak for all.

This movie attempts to explore that struggle between parent and child but, as said, Inside Out did it a bit more cleanly. Here, the message doesn’t quite shine through. At times, we’re meant to see the mom as entirely in the wrong and the daughter as completely innocent. In fact, both are wrong; the mother is too unconcerned with her daughter’s own personality and interests, and the daughter constantly sneaks out, lies, and never gives her mother even the opportunity to trust her.

Through all of this, there’s a veneer of silliness that betrays the seriousness of the premise. Inside Out was certainly fun and funny, but there was a pervasive feeling of weight to it, as the audience slowly came to realize the true antagonist of the film was Joy herself, the one insisting that the girl at the center of the story be happy when really she just needed a good cry. Maybe it’s just a matter of personal taste, but I appreciated how, in Inside Out, neither the parents nor the child were in the wrong. In Turning Red, both parent and child were to blame for the chaos that ensued. 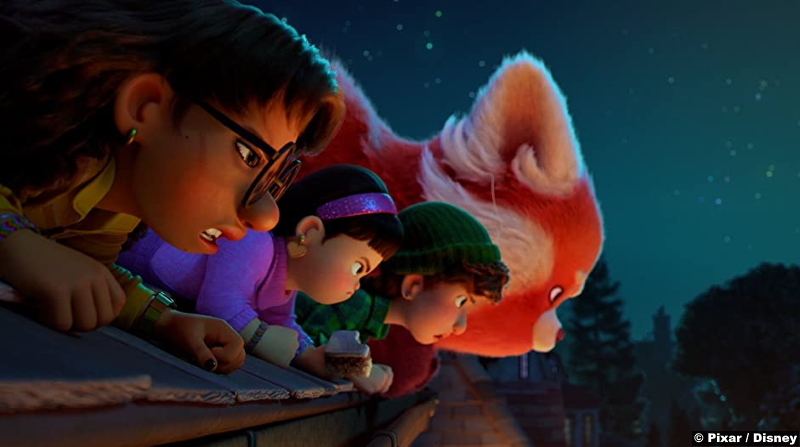 There’s a way to tell that story, too, but the way it was handled here, from the mysticism element to the uncertain feelings the story has toward the main character’s friends (are they benign characters, or quasi villains encouraging Mei Mei to rebel and get in trouble), to both the conflict and the resolution between mother and daughter (think about it for more than a minute and you’ll realize neither of them have resolved anything), was simply too messy not to criticize.

7/10 – There are things to enjoy about Turning Red, mostly for the bizarre, surreal world it showcases. As a story, however, the heart of the tale is sloppy and underdeveloped. 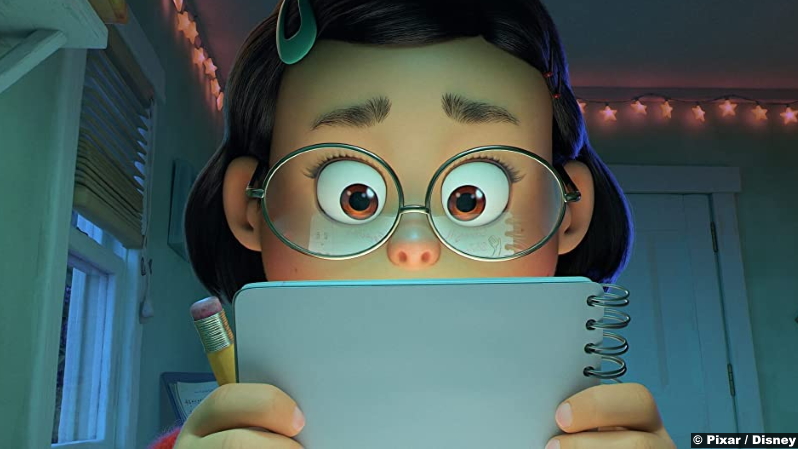