Last year, we kicked off a look back at the 90’s cult classic, Buffy the Vampire Slayer. The series, spearheaded by Joss Whedon, celebrates its 25th Anniversary this March. The show ran for over one hundred episodes and we’re counting them down from bottom to top. You can check out all our previous articles in the series, breaking down each season of Buffy (and Angel to boot), as well the previous two installments in our episode-ranking countdown, here: Buffy the Vampire Slayer.

We already have considered the episodes ranked 8/10 or below. Those are the bottom-of-the-barrel episodes, though there are only a few would I consider bad, and basically, none of these have anything positive to offer during a rewatch. After that we looked at the episodes ranked 8.5/10, the ones that aren’t bad but they lack the little extra something that makes Buffy’s best episodes so magical. From here on out, though, we’re looking at the cream of the crop episodes, the ones ranked 9/10. Each one is a treat, either because it’s so funny, so clever, so scary, or any combination thereof. They’re not the absolute best of the best 10/10 episodes but they’re almost that good.

“What’s My Line” is the only official two-part episode in the show (not counting a few premieres and finales). I’m not over the moon by it as it mostly felt like one and a half episodes with twenty minutes of material they couldn’t cut to make it a single episode so they padded it out into two episodes. That said, there is a lot to love here. The reveal of Kendra was a shock, the kiss between Xander and Cordy even more so, and the final shot of part 2, with an injured Spike being carried to safety by a fully-revived Drusilla is chilling every time I see it. Dru has always been the scarier threat between the two of them, and Juliet Landau never gets enough credit for all she brought to the role. 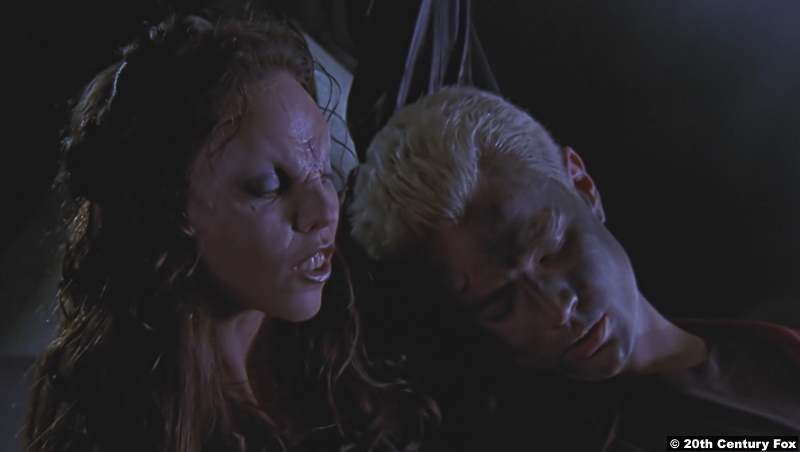 First, Giles is getting absolutely giddy at the idea they will be tangling with a werewolf in this episode. “It’s one of the classics!” he says with delight. Second, there’s Oz’s phone call to his Aunt Maureen, which perfectly captures the laid-back demeanor fans loved so much about him. Earlier in the episode, we learn Oz was bit by his cousin Geordie. Being bit in a werewolf episode is a big red flag but since it was just his little cousin, we’re led to believe it’s just a red herring. But then Oz makes the call, just to check…

“Hey Aunt Maureen I wanted to ask you something? Is Geordie a werewolf?……uh huh…..and how long as that been going on?”

Delightful. The episode’s not much to write home about, but it’s solid and fun from beginning to end.

Otherwise known as the one where the incel trio devises a mind control device to turn women into sex slaves. What starts as horny teenage fantasies (dressing a woman up as a maid to serve them drinks, etc) soon turns into something even darker, as the leader of the trio—Warren, easily the most despicable character in the series—makes a move toward rape. A fight ensues and Warren kills her, then uses a rather convoluted series of events to trick Buffy into thinking she accidentally killed her while on patrol. Convoluted is the keyword here, but while the episode always threatens to go off the rails, it never totally does. It gets dark and uncomfortable, but that’s just the name of the game this season.

I’m considering this a two-parter since, even though it doesn’t have “to be continued” at the end of the first episode, it ends with as much of a cliffhanger as you could get, with Glory breaking into the Scooby’s hangout and discovering Dawn is the key. The follow-up features Giles driving an RV with the Scoobies in tow, trying to find a hiding place away from Glory, while also being pursued by what looks like cosplaying Templar Knights on horseback. The whole episode is surreal and fun, balancing out the dread that comes with knowing Glory is actively hunting them. The tension wouldn’t have worked had the season not done such a great job conveying how much of a threat she is, setting the stage for the breathtaking finale.

Caleb joins the party as the necessary henchman of the Big Bad. Clever as it is to have a villain that can’t be touched and thus can’t be harmed, at some point the hero’s gotta punch a fool. Caleb is introduced to us as a twisted priest who wants to cleanse the sinners of the world in the most painful ways possible. He’s a creepy, chilling, serial killer sort of villain, played to perfection by Nathan Fillion. The climax of the episode sees Caleb jab Xander’s eye out of his head, making all those references to how much Xander “sees” in people in the weeks leading up to this moment all the more fitting. 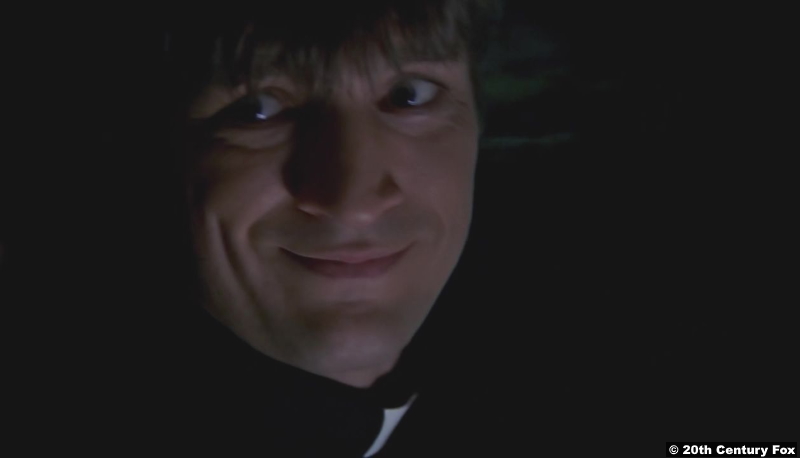 If the title doesn’t jog your memory, this is the one where the whole gang is trapped in the Summers’ house thanks to a spell by a vengeance demon. It’s Buffy’s 21st birthday and in keeping with the show’s history, she doesn’t get a happy celebration. Also, this being season six, everyone has a lot of personal drama to work through, so what better time and place than in a single location where no one has any privacy. The writers get a lot out of the limited setting, balancing the obvious humor and drama that would arise.

When you watch this episode for the first time it seems like a slight, mostly meaningless outing for the Slayer. If it accomplishes anything, it reinforces the infatuation Spike has developed toward Buffy. It’s not until the final moments that the episode—which, that point, had been light-hearted and fun, sucker punches you in the gut and rips your heart out. The final shot is one of the most shocking cliffhangers in television history, and it doesn’t get the credit it deserves for that, simply because the episode leading up to it is so unrelated to the ending. We’ll talk more about the next episode, “The Body” next month. This one is fun (until the ending).

Blood Ties is one of those arc-heavy episodes that lacks much of a standout plot but does a good job building on the overall story of the season. If there’s one thing happening here it’s Dawn coming to realize she is the Key and not the normal human girl she always believed herself to be. The highlight of the episode is a speech Buffy gives her, pointing out that Dawn bleeds the same blood she does, a factoid that seems like a nice thought and nothing more, but which will pay off in spades in the season finale.

Xander episodes either work or flop. Either way, they’re almost certainly going to be dripping with late-90s teenage sexism. Xander gets dumped by Cordelia, attempts a love spell that makes everyone BUT Cordy fall for him, and then has to deal with the…eh hem…

Hijinks ensue. Your mileage may vary. I thought it was a ton of fun.

Buffy turns a wrench on a pipe to fix a leak in their basement. The result is a flooded basement, giving the episode its title and giving us a metaphor for a life that feels like it’s drowning in problems. Season six is a heavy one, but this one came early enough in the year for some fun to be had amidst all the angst. Buffy slicing her skirt to take out a baddie at the bank is a series-highlight-moment.

Anya’s ex-boyfriend Olaf the Troll makes his appearance in an episode that resolves the ongoing tension between Willow and Anya. Buffy’s anger at Olaf’s insinuation that Xander and Anya is a doomed relationship (due to her recent breakup with Riley) is fun, as is everything else about Olaf. Honestly, I’m sitting here wondering how this underrated gem isn’t higher on my list? Olaf’s comeback in season 7 is one of my favorite surprises of that year. He’s great. More Olaf. Give me an Olaf spinoff series. I don’t care if it’s been a quarter-century. 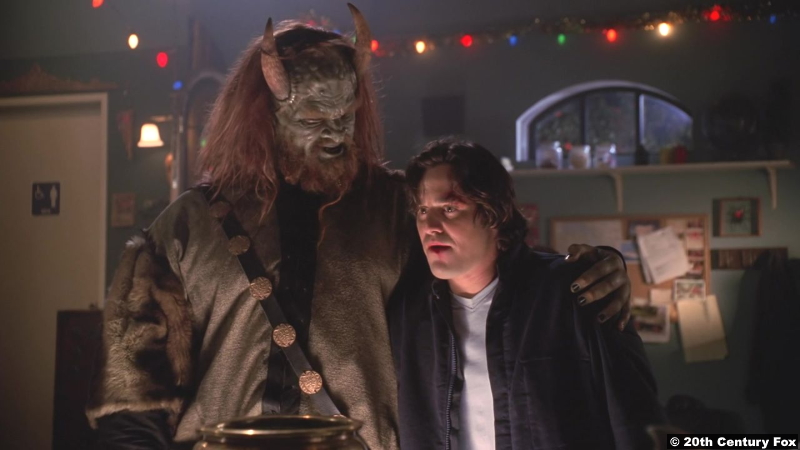