As you might expect, the survivors’ morale did not improve with that disastrous “Doomcoming.” The morning after, one of the first things the girls address in the aftermath is something that didn’t really occur to me. And that’s the fact that most of them had no idea that they’d been drugged.

On one hand, that’s kind of darkly funny. Like, they thought that malnutrition and some rotten berries made them go feral? Girl, I guess. But we have to wring out our laughs where we can, because everything’s about to go dark, but without the funny. 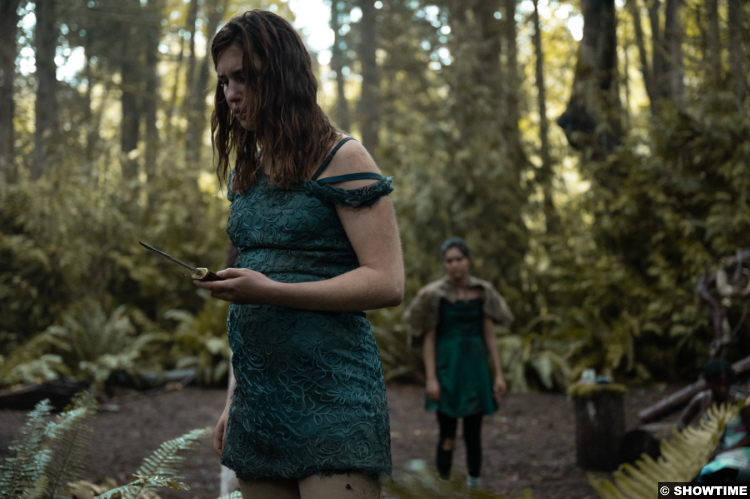 First of all, Jackie is understandably upset about the night before. It blows over at first. Then a bear appears and basically lays down and lets Lottie kill it. She did say that they wouldn’t be hungry for long.

In the wake of another premonition coming true, you can sense a shift. It starts when the majority of the girls agree to give thanks (to the bear and the firmament and nature) for the gift of food. Jackie refuses, because, quite frankly, she thinks they’re all being a little ridiculous. As she points out, they acted like raving animals last night, but she’s the pariah.

She tries to rally the team to her side by revealing that Jeff is Shauna’s baby daddy. However, it doesn’t work. No one is on her side. Even Coach Ben’s attempts to get her to stay with the group are half-hearted. And it’s pitiful. 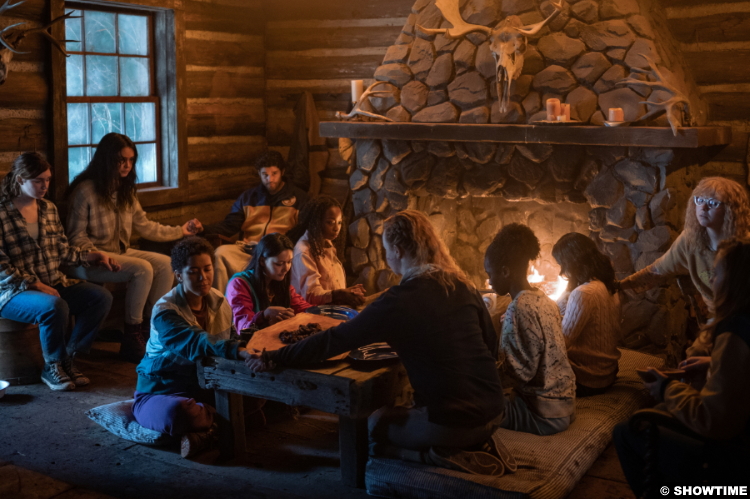 Jackie isn’t a perfect innocent. I’m not saying that she’s never done anything wrong, but she’s just…regular. A normal teenage girl in a thoroughly abnormal situation. She just hasn’t adapted like the rest of the girls have. She has skills and smarts, but they’re wasted here. She has social intelligence, but she’s in a wholly different society now. The rules have changed.

And again, it’s pitiful. In the months they’ve been in the woods, she hasn’t even learned how to build a decent fire, or make sure to keep it fed. So the next morning, when the rest of the group wakes up to find that it snowed overnight, that’s not the only thing they find. Shauna finds Jackie’s body, curled up under the snow, sleeping forever. And despite the venom between them the night before, you just know that this will be a scream inside Shauna that never stops, a hole that’s always unfilled. [Note: Since the creators have confirmed that Jackie is definitely dead, I would guess that it’s Shauna who wrote in Jackie’s journals as a way to pretend that she was still alive.] 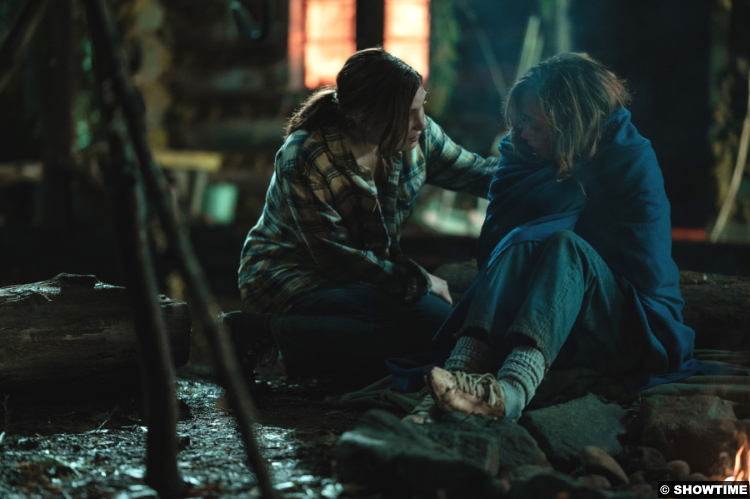 Of course, that’s only a glimpse of the things that happened to shape the girls into the adult messes we know and love-ish. Personally, I recognize that Misty is deeply unhinged, but I also love everything about Christina Ricci’s portrayal of her. There are no weak links in this cast, but hot damn, does Ricci make every scene sing. This week, for instance, (Adult) Misty is as thrilled to dispose of a body as she was last week.

Back at home, of course, she has a live one. She lets Jessica go, with reassurances that the “reporter” won’t go to the police. And somehow, even after Misty held her captive, Jessica still doesn’t distrust her enough not to consume anything she gives. That is to say, Misty injected Jessica’s cigarettes (with fentanyl?) and Jessica crashed her car before even getting out of the neighborhood. If she isn’t dead, then this will probably ruin her life.

Meanwhile, for all the buildup, the reunion turns out to be rather anti-climactic. There aren’t any surprise appearances by other adult Yellowjackets, I mean. The whole affair is more awkward than anything else. The gals look amazing, though. 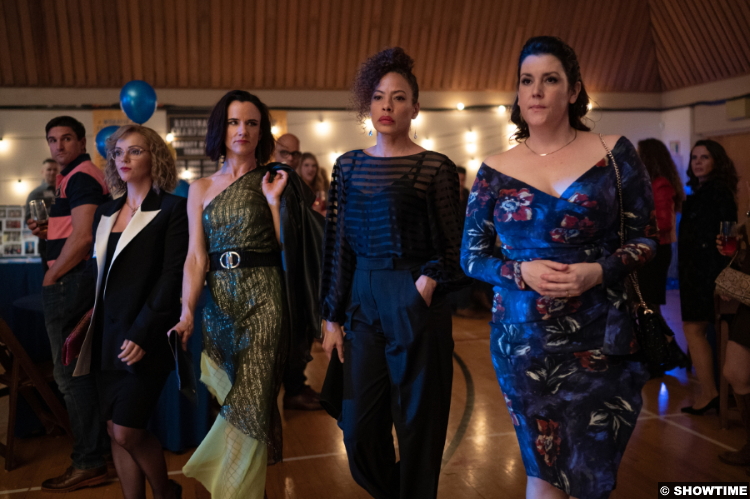 The next day, they announce the election results. Good Lord, that’s slow. Anyway, I realized early on that Taissa would win, because that’s the most fun, narratively. Like, if she thinks she’s got secrets now, then just wait until she’s under the giant microscope that is the political press. Then again, what secrets could she have? Oh, the weird shrine with Sammy’s doll baby and some other stuff I didn’t catch because I was too busy staring at THEIR DOG’S HEAD??? (RIP, Biscuit.) Yeah, that’s a problem.

But there is one bigger one as we end the first season. Having accepted that Travis took his own life, Nat contemplates doing the same. However, in a previous episode, she had asked her former sponsor, Suzie (Colleen Wheeler), to look into Travis’s financials, since someone emptied his bank account postmortem. Suzie gets in touch with Nat this episode, and she’s freaked. Apparently, since she started poking around, she believes that she’s attracted the wrong attention. Specifically, she believes she’s being followed. She also wants to know who Lottie Matthews is.

Well, if our last look at Nat this season is anything to go on, then Lottie is either the symbolic figurehead or the very alive leader of a committed group. They dress the same, they wear necklaces with the stick figure emblem, and oh yeah, they kidnap Nat. So what is this group? Tick tock, it’s cult o’clock.

8.5/10 – This was a pretty textbook example of how to end a first season, especially one for a show that’s just brimming with mysteries like this. They really didn’t tell us a whole lot, but they parceled out the information in a way that kept us from noticing. They also set up compelling mysteries for next season.

I would like to know how freshman Allie ended up at the reunion, though. I guess that would-be forest magic aged her up three years.

Also, a lot of great needle drops this week. For my favorite, I’ll pick…uh, the Divinyls song.