Good Lord, poor Van. If you’ll recall, she was left behind on the plane after it crashed. Then last week, a wolf mauled her. Maybe. I mean, something mauled her, but it’s still hard to tell what’s real or not.

And this week, she regains consciousness to find that she’s on a funeral pyre. Fire, again. The girls get her off it before she gets too burned (again), but there still is the matter of the new hole in her face. So, yes, after all that, she still has to suffer through getting amateur stitches. 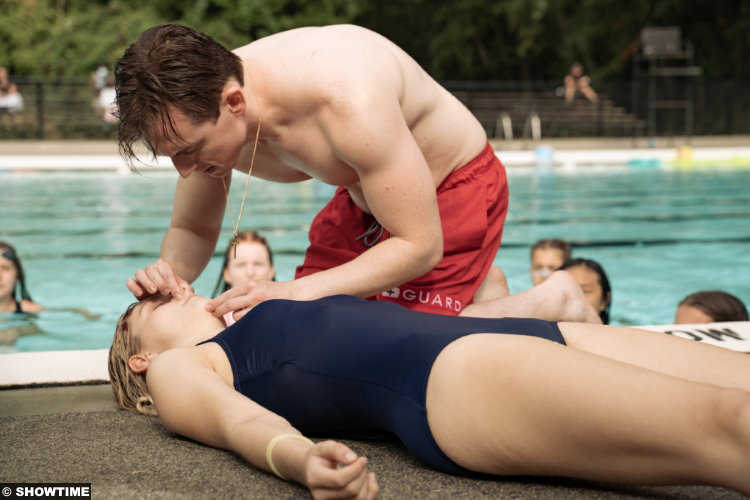 With all this focus on Van, you might think that this is our Van episode. Not so fast, though. This is the episode that gives us a glimpse–a very brief glimpse, mind you–of the Laura Lee before. And I have to say that it’s strange in execution. The show has been relatively fair so far in its depiction of Laura Lee and her faith.

And in our pre-crash flashback, it follows that path. It also hints at the kind of recklessness that we’ll see from her later. What we see in that flashback is Laura Lee at Christian camp. All of a sudden, she takes a header into the pool. That part is clearly marked as the shallow end, but still, she dives right in. Folks, we call that foreshadowing.

She gets a nasty bump on her head–don’t dive into shallow water, kids–but a lifeguard is able to revive her. Along with the foreshadowing, the symbolism is out of control in this scene. I say that because as she comes to, the first thing she sees is the lifeguard’s cross pendant, gleaming gold in the sunlight. When she tells the lifeguard that he saved her, he tells her that no, He saved her. Oh, mercy. 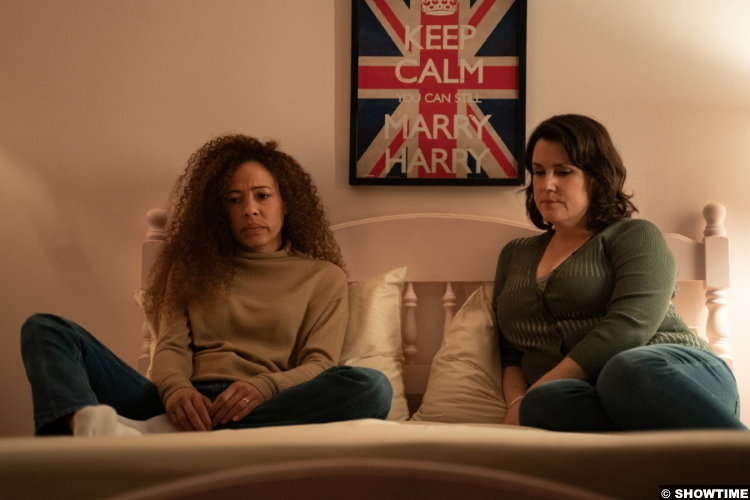 Before we get to Laura Lee’s big plan, let’s visit with the adults. They’re now coping (or not) with the aftermath of the blackmail scheme. On that note, I want to say something about blackmail. And that’s the cold fact that you can’t buy silence. You can only rent it, and giving a blackmailer money just gives them an incentive to ask for more.

Having said that, I can’t say what I would have done in their position. I don’t have enough information yet on what exactly they’re trying to hide. But we can assume at least that it’s something terrible.

Anyway, while Nat is trying to fall off the wagon, Taissa and Shauna are coping the best, as you might expect. Taissa is actually confronting her sleepwalking, or at least, the possibility that she could do something awful without knowing it. I said last week that we could see how these women were once friends, and that continues this week when Taissa drops by Shauna’s house.

They’re able to talk to each other honestly, which is good for both of them. And we see in flashback, of course, that this started in the woods. They made space for each other to be vulnerable then, so they’re able to do it now.

Shauna, for example, tells Taissa about Adam. Taissa, for her part, tells Shauna that her sleepwalking has terrorized Sammy. That’s what fuels her later, when she tells Simone that she needs to be apart from her and Sammy for a while.

At the same time, Shauna has become increasingly suspicious of Adam, as she should be, because he’s very suspicious. It’s Callie, actually, who starts it, when she finds Adam’s ID in the house. Possibly in an effort to block out the mental image of some guy’s pants and her mom, she googles the supposed artist and finds…nothing. 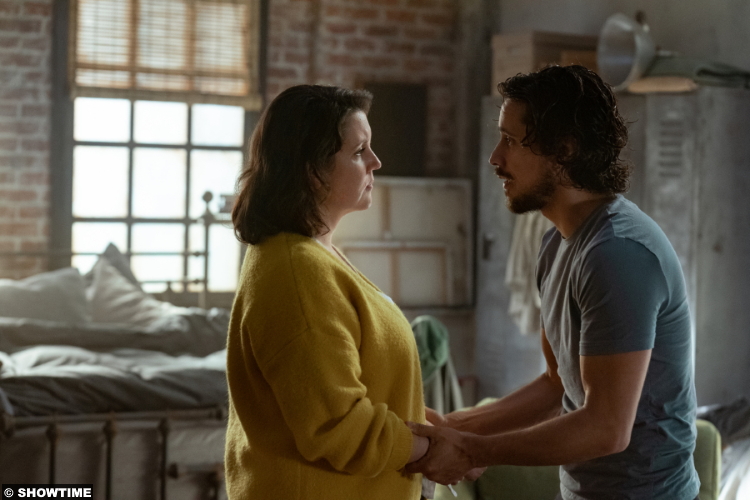 Then when Shauna calls Adam’s alma mater, they’ve never heard of him. He confesses to that lie, but his reasoning sounds ridiculous to me. Shauna still wants to believe, though, so she agrees when he suggests going away for a cabin weekend. Kids, don’t go to cabins with liars.

Anyway, when she’s packing, she finds glitter in her closet. Remember, Adam hid in the closet last week. And the masked person who picked up the ransom had a glitter mishap when they were chasing him. Obviously, they want us to think it’s Adam. (Regarding the blackmail, I am more suspicious of Jeff.) That is, after all, the conclusion that Shauna comes to, especially when she finds out that her journals are missing. Since she kept them in a safe, then we can guess that there is something damning in them. The last we see of her this week, she’s confronting Adam again. 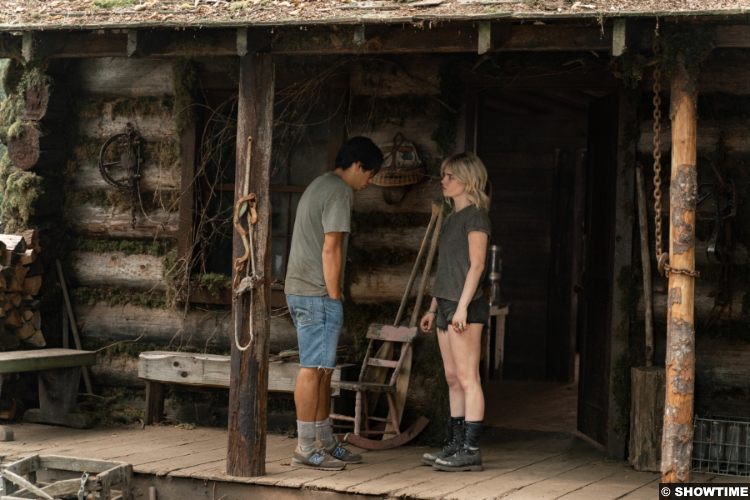 Back in the woods, Laura Lee has decided to take the plane and go for help. They’re going to starve, Van is seriously injured, and now thanks to Jackie, everyone knows that Shauna is pregnant. Despite Coach Ben expressly forbidding her, Laura Lee feels like she has no choice. And of course, there’s that recklessness and her faith. She believes that God will see her through this, even though she’s never flown before, and her education has come solely from reading a manual.

For a moment, it’s perfect. She takes to the skies and freedom and help. The survivors whoop with glee. Then without warning, it’s all gone. The plane explodes, and so does their hope.

7/10 – This wasn’t a bad episode, but I really didn’t get the way that they handled Laura Lee’s storyline. We know so little about her that her death felt unnecessarily abrupt. It also felt like further evidence for Lottie’s visions, which can’t be good for her. On the plus side, the scene where Misty bursts into Nat’s motel room and hoovers up her coke was hilarious. It’s nice to get those humor breaks.

On the far opposite side of the spectrum from humor, though, is Jackie’s descent into full Mean Girl. It’s one thing to tell everyone about Shauna, but why is she spilling–I say, pointedly–Nat’s secrets? Unless that’s also foreshadowing for the present time story. She is snuggling up to Travis after the explosion, after all. She could be the one who drained his bank account postmortem.

There was only one song I can remember from this episode, but it was a good one: Mazzy Star’s classic “Fade Into You.”