When AEW Dynamite debuted on TNT in the Autumn of 2019, there was an expectedly large amount of hype behind it. Such hype from fans rarely translates to reasonable expectations for how the show would perform, however. By Christmas of 2019, when AEW’s viewership number had settled into something around the 700k range, many were quick to call the show a failure, arguing that if it could not at least hit a million a week it was not a “successful” wrestling program. Network executives, however, were thrilled with the number, as they had reportedly wanted something around 500k on average per week. Considering the small amount they paid Tony Khan for the rights to air the program, the “down period” wrestling seemed to be in over the past decade, and the monopoly WWE held over the industry, making it hard for new promotions to break out, Turner’s hopes were reasonable. By the one-year mark, AEW was blowing away the 500k number that Turner wanted.

Two years later they were doubling.

So satisfied were they that plans were put in place to move Dynamite to TBS (so that the show could air without being preempted for NHL Wednesday night hockey games on the network). The company’s second show, Rampage, would remain on Friday nights on TNT, and as a bonus, the network would air four major Saturday night specials, akin to the old “Clash of the Champions” specials that WCW used to air back in the day.

The first of these quarterly specials has come and gone: Battle of the Belts was a one-hour program with three title defenses, airing from the Bojangles Coliseum in North Carolina, site of many NWA and WCW matches over the years (including the severely underrated Starrcade ’93). How was the show? Did it live up to the hype AEW built up for these events when they were first announced? 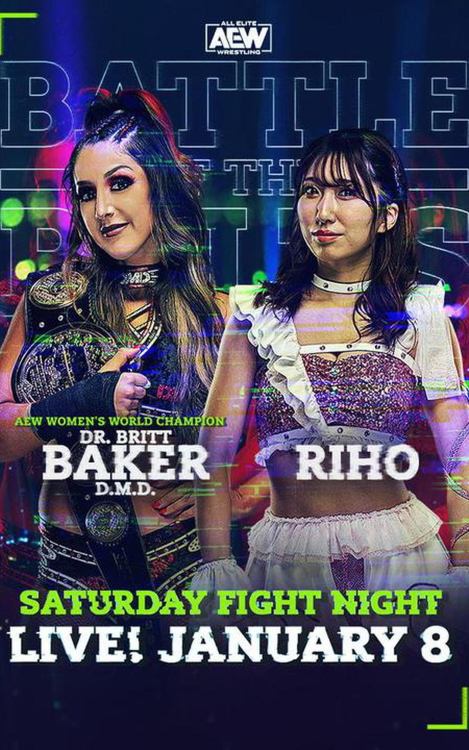 My feelings on the show are split down the middle. I am torn between what I was given and what I wanted. While I try, as a rule, not to judge something (be it a TV show, movie, or wrestling card) by what it wasn’t and instead by what it was, I cannot help but be critical when comparing what a show teased vs what it became. In this case, what I wanted and what I got were two different things because what I wanted was what I thought we were going to get. The announcement of these big four specials came around the time AEW hosted the Grand Slam show in New York City. That was a mega-event that featured a three-hour, PPV-quality card spread out over Dynamite and Rampage.

This was a much more scaled-down version of that.

The card featured three singles matches: Britt Baker defended her Women’s World Title vs Riho, Ricky Starks defended the FTW title vs Matt Sydal, and due to Cody Rhodes being put in Covid Quarantine, the TNT title was competed for as an interim championship match between former champion Sammy Guevara and Cody’s brother, Dustin Rhodes. 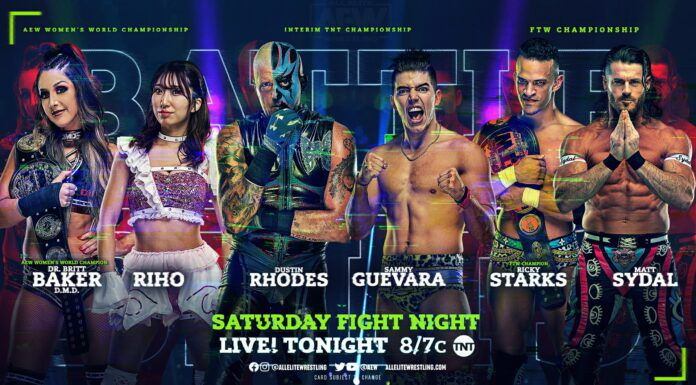 What we got was a fast-paced, fun hour of wrestling, with one very good main event, one great opener, and one fine match in between. In other words, what I hoped for was Grand Slam. What I got was a bonus episode of Rampage. It was good for what it was, but what it was wasn’t much.

Obviously, the loss of Cody Rhodes put a damper on the show, but I can’t say it brought down the card in any significant way. After all, the best match of the night was the TNT Title match, and while Cody vs Sammy would have been a great match too, what we got was a great match anyway; no harm, no foul. Maybe if a hot Tag Title match had occurred instead of the FTW match (which felt too low stakes for such a supposedly-special show), it might have elevated the event, but there’s only so much you can do with one hour to work with. And besides, Ricky Starks is one of the young stars that’s going to be pushed for many years to come: Spotlighting him on here was a good call, even if the match was nothing special. 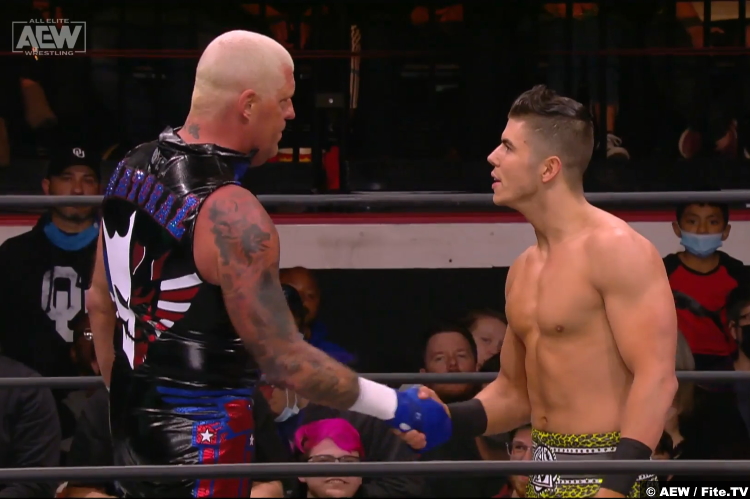 The show earned about 700k viewers which, considering the circumstances, is a great number. I hope, as a result of its initial success (despite how underwhelming it ended up being) that AEW and TNT work out a deal for the next show to be a two-hour special, something more akin to the “big event show” feel that they initially promised it would be. Battle of the Belts was a good first start for AEW’s new “quarterly special” series and if it’s anything like Dynamite itself, it has the potential to blossom into something must-see in short order.

8/10 – While the one-hour show failed to offer anything “must-see live,” it did feature a couple of very good matches and proved the fanbase for AEW is hungry for more TV content. Here’s hoping TNT accommodates us.