Well, season 3 of Nancy Drew has come to an end. There is no word yet on a season 4, which makes me nervous. If I had a wishlist for season 4, then first, I would like the show moved from Friday night. Mainly because I never remember it airs on Fridays, but also because that’s a weird night for CW shows. It’s also often fatal for shows in general.

My other wishes would include more episodes. One of the biggest issues, if not the biggest issue, I had with this season was the pacing of the storytelling. The breakneck pacing of episode 10 is a good example. It often felt like they didn’t have enough time to tell the story they wanted to tell, so they compressed the story or told it super fast. 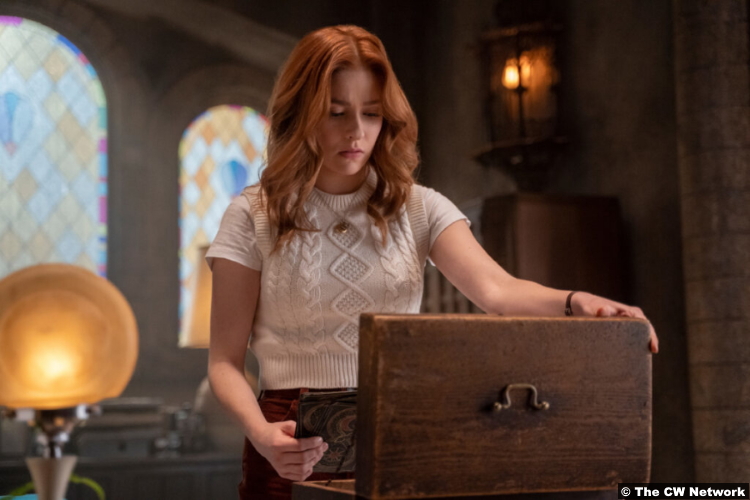 Unfortunately, the season finale is a bit of column A and a bit of column B. It begins in media res, which I understand made some viewers feel as if they’d missed something. What I missed is why the Drew Crew is once again trying to trick Temperance. I mean, I get that they feel like they have to try something. But as I’ve said, she’s always at least one step ahead. Y’all don’t think that she’d plan for every contingency, especially for the plan she’s been working toward for over a century?

Apparently, they don’t, and their big play is…doughnut holes. Yes, they attempted some other moves beforehand, the smartest of which is trying to force a town evacuation. But the idea they settle upon is offering up a trade to Temperance. If she gives them the soul-splitter, so they can pluck out the soul shard from Ace, then Nancy will freely give up her blood. Temperance needs it to open the veil, hence why she saved Nancy last week.

She agrees to this and hooks up Nancy to her little blood-letting machine. Temperance is on the other side of the machine, which sure is lucky for their plan. That’s because they used doughnut holes doused in “supernatural sedative” to knock out Temperance. At the same time, Bess uses the splitter to get Charity’s soul piece out of Ace.

The next phase of the plan is to shove that piece in Temperance. The Copperhead will then come for her, kill her, and we’ll all have a nice, cold pint and wait for all of this to blow over. Yeah, about that.

After they transfer the soul, they flee the scene. Sadly, they find the Copperhead before he finds Temperance. And by “find,” I mean that he’s dead. When they return to Temperance, she’s gone. And she’s got the entire soul set now.

They find her at the seal, ready to start the ritual. One of their side quests had Ryan retrieve a witch-killing axe, so that comes into play. Nancy and Temperance struggle, while I wonder why she doesn’t just cut off Temperance’s hand. Instead, she kills Temperance, and I bet you’ll never believe that she also had a back-up for that.

It’s a curse, really, that sees Ryan die because of supernatural shrapnel. A month later, everyone is moving on and moving apart. Everyone but Nancy, that is. So Ace shows her the town and the people in it that she saved. It doesn’t make Nancy whole again, but it does prompt her to share her feelings with Ace.

Nick is going to go back to Florida for a while, so they hold a going-away party for him. On the way home, Nancy and Ace get in a car accident. Ace is thrown from the car. He dies on the side of the road, as Temperance shows up to tell her that this is all just a preview of what her life will be like if she kills Temperance. Specifically, Ace will die if Nancy ever tells him that she loves him.

And then we’re back to the seal. Nancy is going to let it all play out, let the town be destroyed, but then she has a change of heart. Once more, she kills Temperance. She’s able to save Ryan this time. Everyone else’s lives are different from the first aftermath, so she allows herself to feel a little bit of hope. She lets herself feel what she feels for Ace. 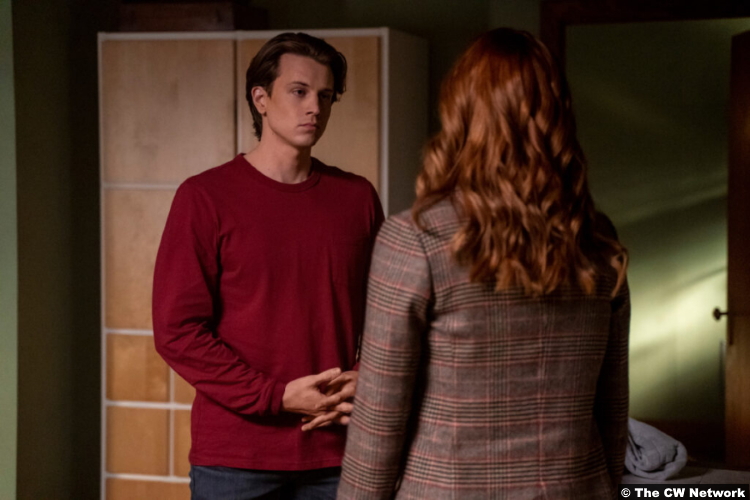 Then things start to repeat and she has to do the hardest thing. She has to lie to Ace, telling him that she doesn’t care about him the same way he cares about her. He knows she’s lying, though, because he knows her. Still, she has to be brutal with him. She can’t admit she’s hiding something, because that’s as good as telling him how she feels.

Carson tells her that she controls her own fate. So while she can’t have what she wants with Ace right now, she can do the thing that she loves. She can investigate, so she hangs out a shingle at Icarus Hall, her new office. It works pretty well because she gets a call right away. An obviously altered voice asks her to meet them at the cemetery. 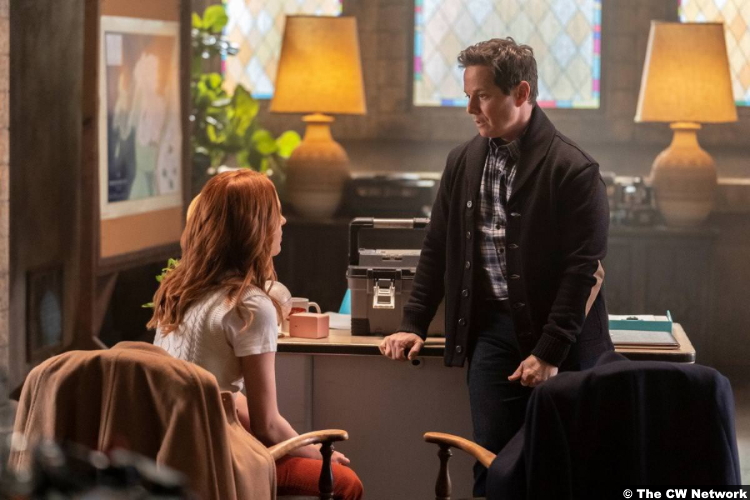 When she gets there, there’s no sign of the mystery caller. There is a pretty big sign of something else, though. All the graves are open, but none of the bodies are there. I don’t know what’s going on in Horseshoe Bay now, but I sure hope we get to find out.

7/10 – So yeah, I thought this was kind of an anticlimactic end to the season. Since everything moved so quickly, nothing really felt like it had weight. Even the big sad moments, like Ryan’s death and the confrontation with Ace, didn’t have the impact they should. However, I know that a lot of this has to do with the abbreviated season, which has to do with In These Uncertain Times™, etc. I hope that the show gets a fourth season with enough episodes to stretch out more than they could this season.